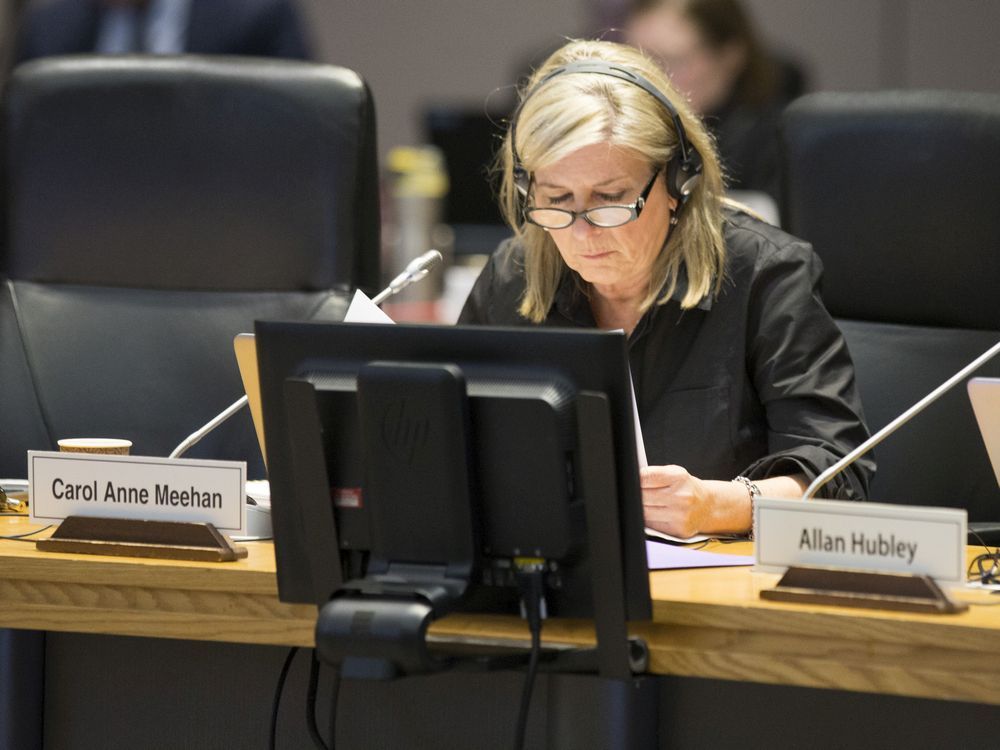 Coun. Carol Anne Meehan says it’s time to “stop and smell the roses,” and that means not running for re-election in the October municipal vote.

“I made the decision because I’m at a stage in my life that it allows me to do something else,” Meehan said Monday morning before she intended to visit the municipal elections office to withdraw her nomination.

Meehan, who represents Gloucester-South Nepean ward, joins a large number of council members who have said they don’t want to serve the next term at city hall.

Nearly everyone else has registered to run in the Oct. 24 election. West Carleton March Coun. Eli El-Chantiry hasn’t made up his mind yet, while College Coun. Rick Chiarelli has said he would run, though he hasn’t filed nomination papers. Somerset Coun. Catherine McKenney is running for mayor, leaving another ward race without an incumbent.

The cutoff for registering for the municipal election or withdrawing a nomination is Aug. 19.

In May, Meehan registered for the 2022 election to run in the new ward of Barrhaven East, but she has since been thinking about the commitment of potentially serving four more years as councillor.

“It’s not that I don’t have the energy or drive. At this stage, nothing is a given anymore,” Meehan, 65, said.

“I’m not getting any younger and I’m healthy.”

Meehan said her daughter is starting university and she wants to help take care of her father. She also wants to travel, take up curling and, being a journalist at heart, offer something to news coverage “in an unofficial way.”

“I had a really interesting and eye-opening time on council,” Meehan said. “It wasn’t what I expected. It was tougher.”

“We’re not here for a long time,” Meehan said.