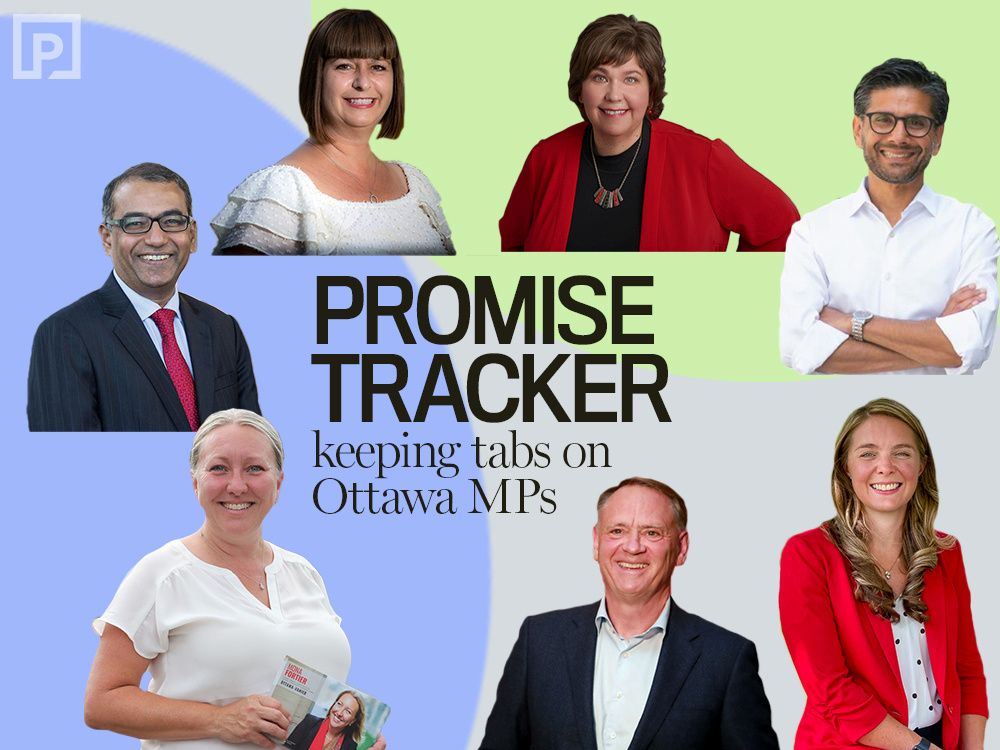 Shortly after the 2021 federal vote, this newspaper launched a digital project to track the delivery by Ottawa’s members of Parliament on the promises they made while running for election.

With the House of Commons adjourned for the summer, we’ve prepared our first update on the status of each of them.

All seven of Ottawa’s Liberal MPs are represented on the tracker, having made at least one campaign pledge that was specific, local and measurable. We’ve also included a pre-election vow from the Liberal Party of Canada (spoiler alert: it’s LRT-related and a spokesperson had no progress to report).

Carleton’s Pierre Poilievre, the sole opposition MP in Ottawa, did not reply when asked last fall if he’d made any locally focused campaign promises that continued to stand, with the Conservatives not forming government.

Five of seven MPs responded to a request from this newspaper earlier this month about the progress they’d made on each of their pledges. Three of seven provided updates, while spokespeople for two said they were unable to do so ahead of this newspaper’s deadline for publication, and two didn’t respond. The door remains open to all to share information with this newspaper, at any time, about their work to keep their promises. But we’ll do another official check-in with all seven MPs in January.

Ottawa voters: want to know what your federal representative promised they’d work to accomplish if given the most votes on election night, and how close (or not) they are to making those things happen?

To see the tracker, visit https://ottawacitizen.com/news/local-news/23-promises-the-ottawa-mp-election-promise-tracker or plug “23 Promises: The Ottawa MP Election Promise Tracker” into your favourite search engine.