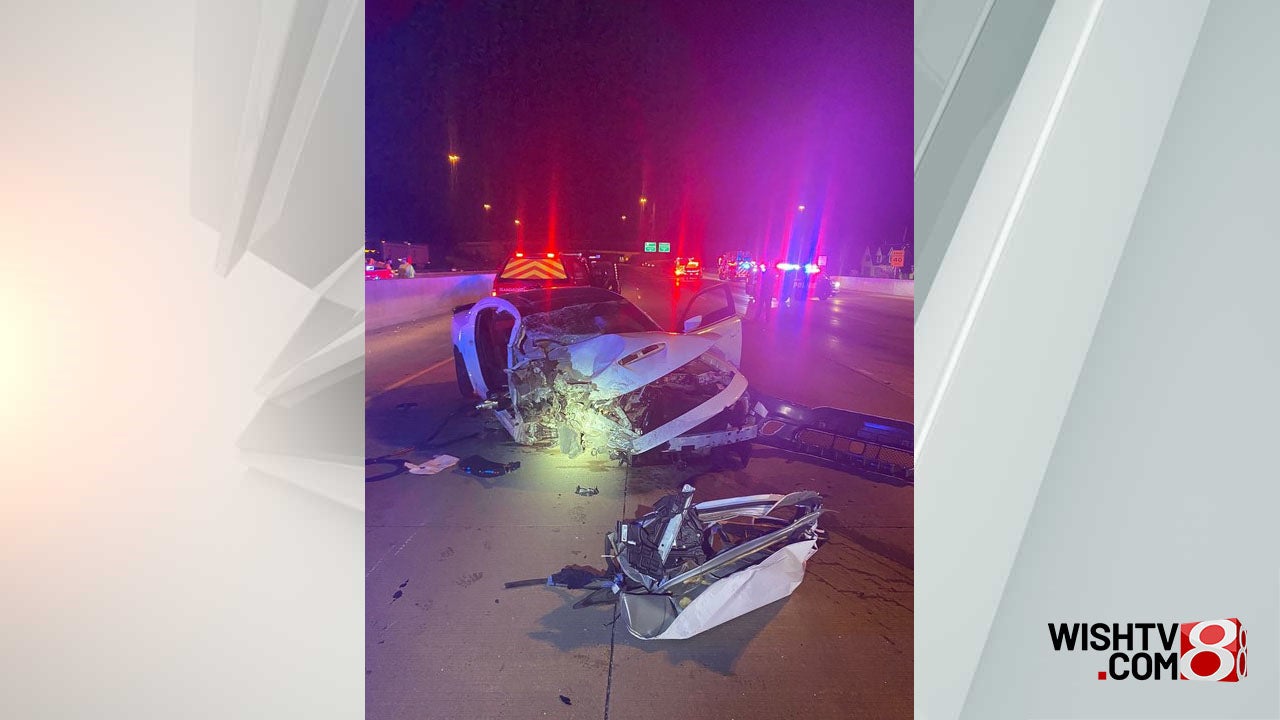 HAMMOND, Ind. (WISH) — An Indiana State Trooper was struck by a vehicle around 2:00 a.m. Saturday while investigating an incident on I-80/94 eastbound near Hammond, Indiana, according to the Indiana State Police.

According to the ISP, troopers and the Hammond Fire Department were on scene investigating an incident when a Dodge Charger crashed into a Subaru and a Hammond Fire truck on scene at an extremely high speed. The Subaru spun out of control and collided into a parked vehicle on the interstate’s shoulder.

The collision pushed the parked vehicle into Trooper William Carlson, pinning him against a concrete barrier wall.

The driver of the Dodge Charger that caused the crash fled the scene on foot, despite his passenger being severely injured. According to ISP, two citizens working in the area chased down the suspect on foot along with another ISP trooper, and were able to take the suspect into custody when one of the citizens drew their handgun and ordered the suspect to stop.

Trooper Carson was able to unpin himself from the crash and was later released from an area hospital. No other drivers, officers, or firefighters at the scene were injured.

The suspect, Bryan K. Smith, a 23-year-old man from North Carolina, was being held at the Lake Count Jail Saturday pending formal charges being approved by the Lake County Prosecutor’s Office.

Smith’s passenger, a 23-year-old woman from Illinois, was flown to an area hospital. Her condition was unknown.