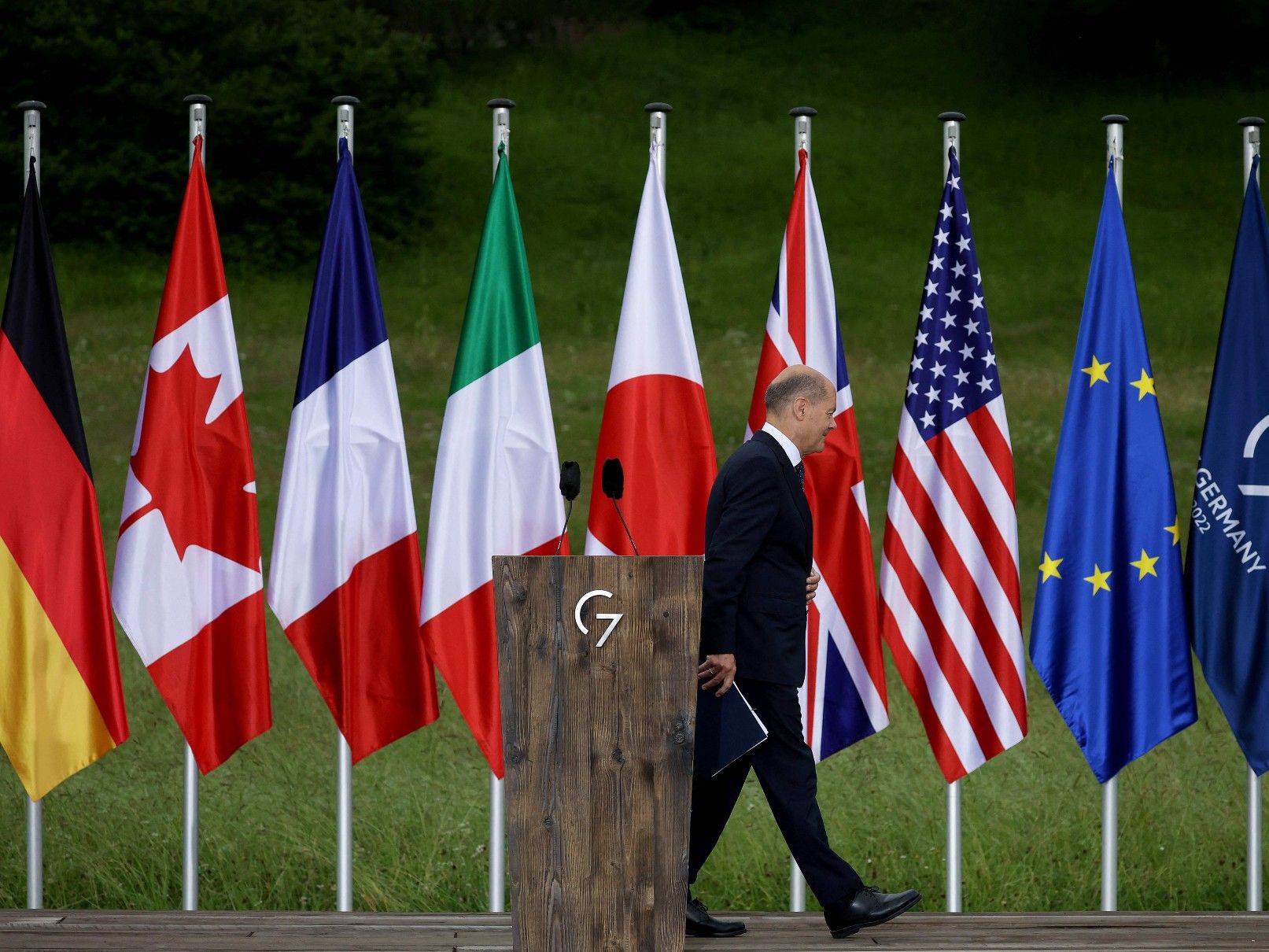 OTTAWA – It remains unclear whether Canada will participate in a new US$600-billion project from the G7 being set up as a western counterbalance China’s massive Belt and Road Initiative economic power play.

U.S. President Joe Biden and other G7 leaders officially launched the newly renamed Partnership for Global Infrastructure and Investment at their annual gathering over the weekend in Germany, pledging US$600 billion in investment for the plan. It is being positioned as an alternative to China’s sprawling Belt and Road Initiative, which has used Beijing’s economic might to extend its influence around Africa, Asia and Europe.

The G7 partnership was announced at last year’s summit, but was formally launched at this year’s meeting. The aim is to mobilize the money by 2027, which will go towards projects such as vaccine manufacturing plants and undersea telecommunication infrastructure. The U.S. has promised to contribute US$200 billion and the EU will put in $300 million euros. European Commission President Ursula von der Leyen said the initiative would “show our partners in the developing world that they have a choice.”

But it’s unclear how much — if anything — Canada will contribute.

James Emmanuel Wanki, a spokesperson for Global Affairs Canada, said Canada is “pleased to formally launch” the partnership and “welcomes G7 engagement in infrastructure.” Wanki outlined previous Canadian commitments, including a $5.3-billion promise for “climate finance” made at last year’s G7 summit, and said Canada would “continue to support infrastructure development, including in renewable energy as well as health and climate related infrastructure.” He noted that Canada has been participating in a G7 working group on infrastructure and investment since the G7 infrastructure project was first announced a year ago.

Wanki did not respond to follow-up questions asking for clarification about whether that means Canada will actually take part in the Partnership for Global Infrastructure and Investment, and whether Canada is pledging any money towards the announced $600 billion goal.

Shuvaloy Majumdar, a Munk senior fellow with the Macdonald-Laurier Institute, said the Belt and Road Initiative is China “offering to the world their own model of economic development,” in Africa, Asia and the Americas, “for the purposes of fueling their own growth and their own rise.”

“It’s obvious that this (G7 plan) is a Western alternative” to China’s Belt and Road Initiative, as both the United States and China compete for influence in the global south, said Stephen Smith, a postdoctoral fellow at the University of Toronto’s Munk School of Global Affairs and Public Policy. He noted the the Belt and Road Initiative is a “pet project” of Chinese president Xi Jinping.

The true scale of China’s three-decade Belt and Road Initiative (BRI), which began in 2013, isn’t known. Spending estimates exceed a trillion dollars, but Majumdar said “there aren’t really clear figures as to how much of that promissory capital has been deployed.”

“Almost anything can be branded a BRI project, so the total sum of all the projects is extremely difficult to calculate,” he said.

Since 2017, the focus of the BRI has shifted to what Smith called “industries of the future,” such as green energy, health and digital connectivity projects. “These projects have been very beneficial to many communities throughout the developing world. But of course, with money comes influence. China gains political influence in the developing world through the BRI,” he said.

Majumdar said China also gains more directly, including through gaining natural resources and data harvesting. “The way the Belt and Road is planned in Beijing is that they have a map of the world on what they require to fuel China’s growth. And their investments around the world fit into that thesis and are designed to give China control over key sectors,” he said.

He said the West has provided similar types of capital to developing countries through institutions such as the World Bank and the International Monetary Fund, as well as regional development banks, individual country programs, and private capital. But those tend to include terms and conditions that are “very bureaucratic and onerous and unattractive and appealing to emerging economies who just want to build a road or a bridge,” Majumdar said.

“What I’m encouraged with is that the G7 are the world’s largest market democracies coming together to come up with a flexible, adaptable de-risked proposition,” Majumdar said.

Smith said the new G7 initiative has an obvious symbolic value, particularly around “America’s leadership in the international order.”

“It is a signal that the West, led by the United States, will be the leader of the global economy, not China,” he said.

At the same time, he warned that China is not going anywhere, and neither is the BRI.

“If this new initiative is too focused on ‘countering China’ it will be unsuccessful,” Smith predicted.

“Global South countries that are on the receiving end of this investment don’t care about U.S.-China competition, they don’t want to choose, they just want more investment.”