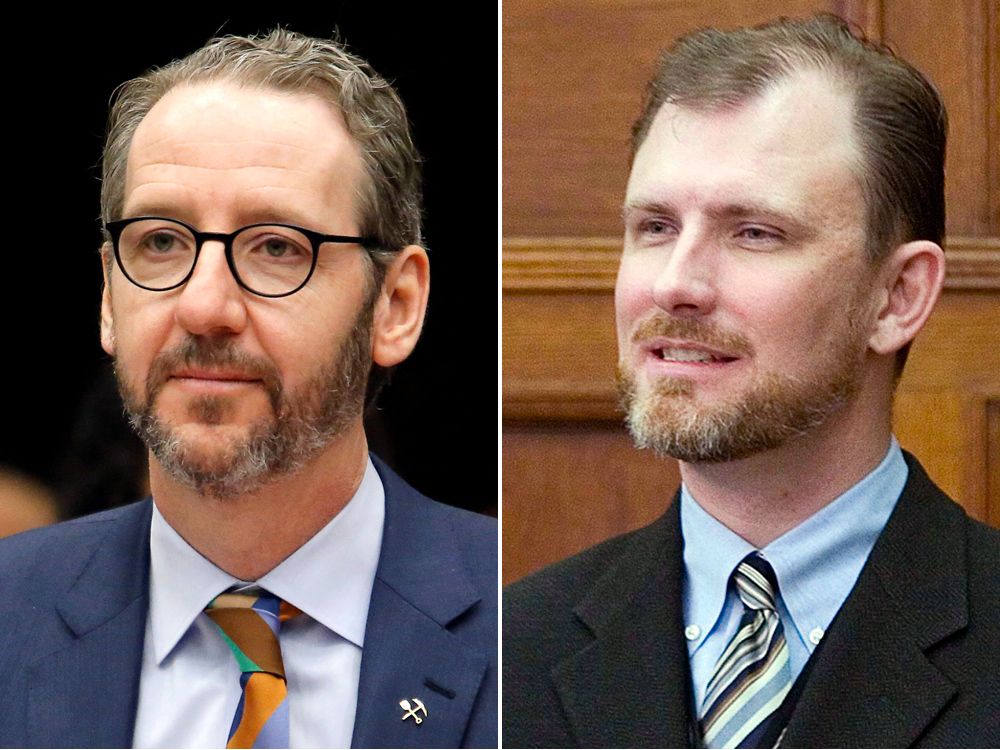 CALGARY — The frequently criticized centralization of power within the Prime Minister’s Office is a necessary part of governing — regardless of who is in power — argued two former prime ministerial advisers, at an event in Calgary Tuesday.

It’s a criticism that can be levelled at both of Canada’s most recent prime ministers said Ian Brodie, Stephen Harper’s former chief of staff, and Gerald Butts, formerly Prime Minister Justin Trudeau’s principal adviser. The demands of governing sometimes require stiff, centralized power, they told the crowd of roughly 250 people at Alberta Relaunch, an event held at a conference centre on the Calgary Stampede grounds.

Mark Carney, the former Bank of Canada and Bank of England governor, who grew up in Alberta, also spoke about energy prices, decarbonization, and environmental, social and governance strategies that could maximize the energy industry’s share of the marketplace. Lisa Raitt, a former Harper-era cabinet minister and now investment banker, spoke about electrification in Alberta’s energy grid, investment and whether the Conservatives should keep fighting over the carbon tax.

That too much decision-making has been concentrated in the Prime Minister’s Office among the “boys in short pants” — a phrase for cocky Ottawa staffers — was a core critique levelled at Harper’s government, but Trudeau’s governance style has come under similar scrutiny.

In 2015, Trudeau promised to roll back the centralization of power in the PMO, saying, “I quite like the symmetry” of ending a trend his father is credited with starting.

Yet, by 2021, when long-time Liberal Wayne Easter retired, he told The Hill Times newspaper there was “far, far too much control in the Prime Minister’s Office.”

Butts said that, in his experience, when it came to cornerstone pieces of Liberal legislation, the process was largely driven by ministers, within the context of the promises laid out in the party platform.

While a government may have many priorities, Brodie said, it also only has a limited amount of time to complete its legislative to-do list, and it comes down to the prime minister to make calls on what gets priority treatment.

There’s also “only so much money” in the budget to go around.

“I don’t think this is really a concern over the past year. But it will be a concern again,” Brodie said.

The Liberal government, since the start of the COVID-19 pandemic, has spent, or plans to spend at some point, more than $500 billion, according to a January report from the parliamentary budget officer. Brodie implied that spending will have to be reined in eventually.

Message control has also been centralized through the Prime Minister’s Office.

Over the past two decades, journalists, for example, have sought comment from the offices of individual ministers or bureaucrats, only to find they’re receiving boilerplate responses from staffers close to the prime minister, or messaging approved by the Prime Minister’s Office.

Or, ministers and members of Parliament will have similar talking points to use in press conferences, media interviews and other public statements.

This communication strategy, Brodie said, can have its advantages, and Butts said governments can only spend so much time explaining themselves.

“You cannot have ministers contradict themselves in public…. You’re going to centralize to make sure that there’s some uniformity,” said Brodie.

The two men — who have moved on to other sectors, Brodie as a political scientist at the University of Calgary and Butts as vice-chairman of Eurasia Group, a political consultancy — were also asked about their respective parties’ vulnerabilities by moderator Vassy Kapelos, a journalist who hosts CBC’s Power and Politics program.

“The Achilles’ heel of the Liberal is arrogance and the longer you’re in power the easier it is,” said Butts. “That’s the biggest danger and it’s a danger that every government faces that’s been in power a long time.”

For the Conservatives, argued Brodie, the issue is failing to build a broader coalition of support and instead relying on the roughly one-third of Canadians who will vote Tory.

“A reach for a broader coalition, Conservatives have resisted that,” said Brodie.