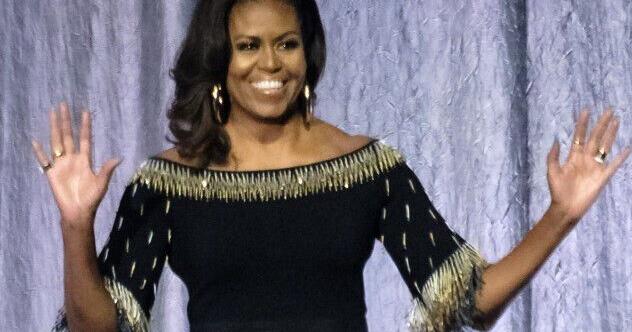 Michelle Obama, Taylor Swift and Halle Berry are among the army of outraged celebrities venting rage at the Supreme Court’s scrapping of the constitutional right to abortion in the US.

They joined president Joe Biden in hitting out after the lawmakers overturned the landmark Roe v Wade ruling – making terminations illegal for millions of American women.

Mum-of-two Obama, 58, said amid fury erupting across America in the wake of Friday’s (24.06.22) ruling: “I am heartbroken that we may now be destined to learn the painful lessons of a time before Roe was made law of the land — a time when women risked losing their lives getting illegal abortions.”

SEGA has finally confirmed that Michael Jackson composed the music for ‘Sonic the Hedgehog 3’.

Yuji Naka, the former head of Sonic Team at the Japanese video game company, appeared to confirm the long-time rumour that the late King of Pop – who died in 2009, aged 50 – created music for the 1994 video game whilst complaining that the soundtrack for the title has been changed in new compilation release ‘Sonic Origins’.

Yuji wrote on Twitter: “Oh my god, the music for Sonic 3 has changed, even though Sega Official uses Michael Jackson’s music.”

Sir Paul McCartney got “back together” with the late John Lennon during his Glastonbury set on Saturday (25.06.22).

The 80-year-old musician – who is the event’s oldest ever solo headliner – stunned the crowd at the Pyramid Stage when he sang a virtual duet with his late bandmate on ‘I’ve Got A Feeling’ thanks to the help of director Sir Peter Jackson, who helmed the recent Beatles documentary ‘Get Back’.

He said: “I’ve got a special little thing here. One day, Peter Jackson rings me up and says he can take John’s vocals and isolate them so that you can play live with John on tour. He said do you fancy that?”

Bono was riddled with guilt over how he treated his late father after his mother’s death.

Jodie Sweetin is vowing to keep fighting for civil liberties after she was thrown to the ground by LAPD officers during an abortion rights protest.

Billie Joe Armstrong is renouncing his US citizenship over the Roe v Wade ruling.

Paul Walker’s daughter has revealed she had an abortion in the wake of the Roe v Wade overturning.

Nicole Kidman is said to have spent $1.35 million on another apartment in the building where she already owns four properties.

Sir Paul McCartney is facing controversy for showing a clip of Johnny Depp from an old music video during his history making Glastonbury set.

Simon Cowell is yet to send out save the dates for his wedding yet.

Sir Paul McCartney shared a virtual duet with the late John Lennon and brought Dave Grohl and Bruce Springsteen out on stage with him as he headlined Glastonbury on Saturday (25.06.22).

Catherine, Duchess of Cambridge got behind the wheel of a tank when she took part in training exercises for the British Army, newly-released pictures to mark Armed Forces Day have revealed.

Chris Daughtry “beats himself up” over the deaths of his mother and his stepdaughter and still struggles to process his “guilt” over the tragedies.

Cheryl Burke reveals she had an abortion as a teenager and admits she “wouldn’t be where she is now” without it.

Marlon Brando paid for Rita Moreno to have an illegal abortion and the ‘West Side Story’ actress admits she “could have died” when the procedure went wrong.

Blac Chyna opens up about her children in a rare interview and admits that she loves them “unconditionally.”

Tommy Lee was in an upbeat mood despite breaking four ribs and served up some meaty ribs for concert-goers.

Kim Kardashian is among the famous voices condemning the US’ abortion law ruling.

Lizzo has made a generous donation to two non-profits after US lawmakers made it illegal to have an abortion in the US.

Hollywood star Chris Pratt once hired a convicted two-times violent felon for his door-to-door sales company when he was just 18.

Martin Sheen admits he took most of his acting roles just for the big paycheque.

Christian Bale has revealed he’s yet to watch Robert Pattinson in ‘The Batman’.

J K Rowling has branded Russian pranksters distasteful for tricking her into believing she was on a video call with embattled Ukraine president Volodymyr Zelensky.

Michelle Obama, Taylor Swift and Halle Berry are among the army of outraged celebrities venting rage at the Supreme Court’s scrapping of the constitutional right to abortion in the US.

Gina Rodriguez and Zachary Levi have both been cast in the ‘Spy Kids’ reboot that has Robert Rodriguez returning to direct.

Chris Pratt is “really proud” of his voice work on ‘Super Mario Bros.’, despite criticism of him not being Italian.

‘Basic Instinct’ star Sharon Stone has opened up about losing nine children by miscarriage, and she says women are made to feel that losing a baby is “something to bear alone and secretly with some kind of sense of failure”, but anyone who has suffered a miscarriage needs “compassion and empathy and healing”.

Elon Musk’s 18-year-old daughter has legally changed her name to make herself estranged from her parent and to reflect her gender identity as a transgender woman.

Queen Elizabeth II is back in the saddle and has been horse-riding again nine months after being told to quit.

Khloe Kardashian says that “being organised” is a huge “turn-on” for her and that “complimenting her pantry” is the way to her heart.

Denise Richards has joined OnlyFans just days after her daughter had also signed up to the adults only platform to sell racy pics.