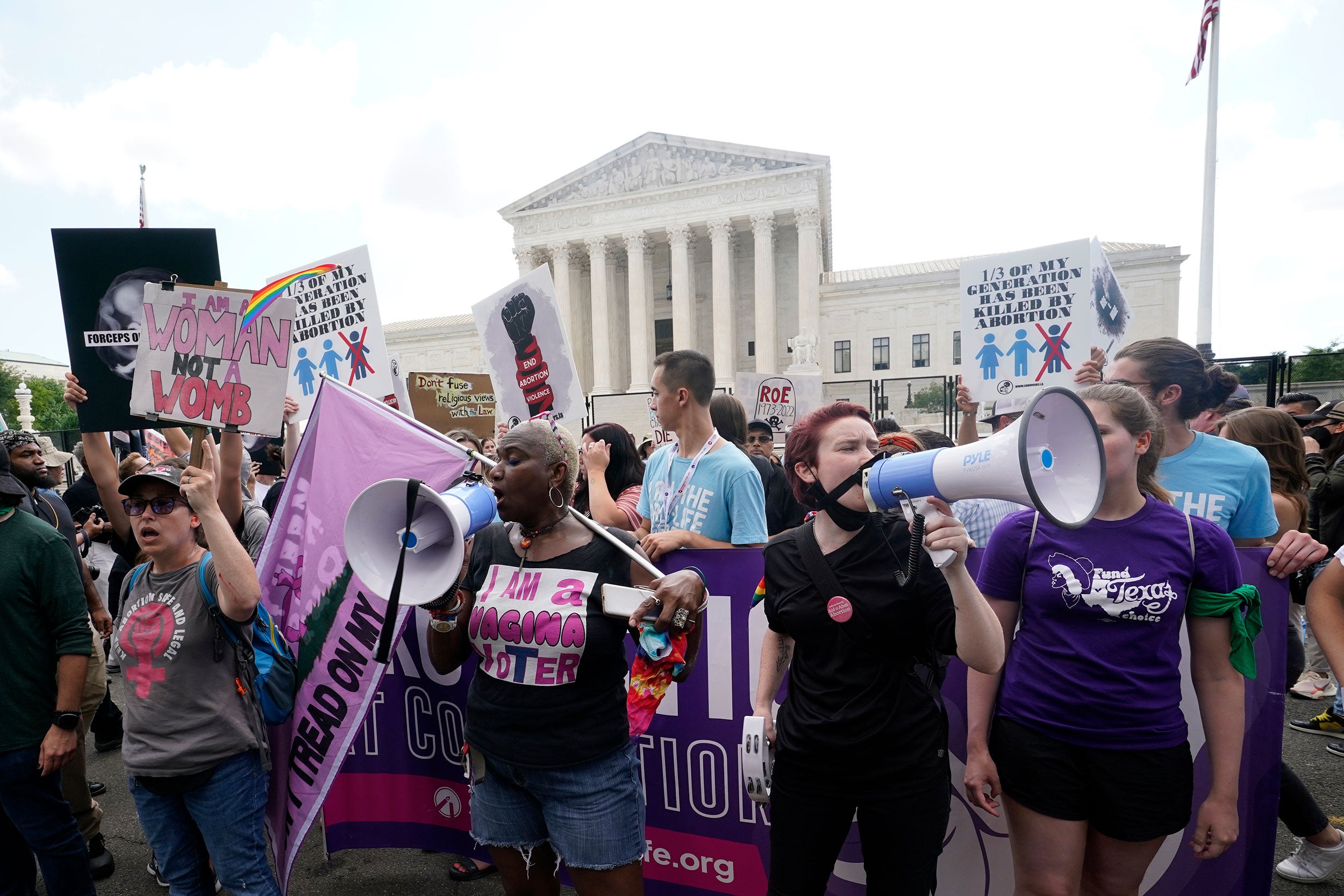 (CNN) — The Supreme Court’s opinion overturning Roe v. Wade on Friday could open the door for courts to overturn same-sex marriage, contraception and other rights.

It’s already set off a debate among justices over whether overturning Roe puts those precedents in danger.

The majority opinion from Justice Samuel Alito attempted to wall off its holding in Friday’s abortion case from those other rulings, but Justice Clarence Thomas wrote separately to call explicitly for those other rulings to be revisited — a concurrence that the liberals seized upon to argue that those rulings are now at risk.

In their dissent, the liberal justices wrote “no one should be confident that this majority is done with its work.”

“The right Roe and Casey recognized does not stand alone,” they wrote. “To the contrary, the Court has linked it for decades to other settled freedoms involving bodily integrity, familial relationships, and procreation. Most obviously, the right to terminate a pregnancy arose straight out of the right to purchase and use contraception. In turn, those rights led, more recently, to rights of same-sex intimacy and marriage.”

The liberals added: “Either the mass of the majority’s opinion is hypocrisy, or additional constitutional rights are under threat. It is one or the other.”

Alito, in a new section of the opinion that was not present in the leaked draft, responded to the dissenters’ warnings.

He emphasized a line the majority opinion that said “[n]othing in this opinion should be understood to cast doubt on precedents that do not concern abortion.”

“We have also explained why that is so: rights regarding contraception and same-sex relationships are inherently different from the right to abortion because the latter (as we have stressed) uniquely involves what Roe and Casey termed ‘potential life,’” Alito said.

Alito’s assertions were undercut by a concurrence by Thomas, who explicitly called for the court to reconsider its rulings striking down state restrictions on contraceptives, state sodomy bans and state prohibitions on same-sex marriage.

“Because any substantive due process decision is ‘demonstrably erroneous,’” Thomas wrote, “we have a duty to ‘correct the error’ established in those precedents.”

The liberal dissenters used Thomas’ concurrence to go after Alito’s assurances that the court was not putting those precedents at risks by overturning Roe.

“The first problem with the majority’s account comes from JUSTICE THOMAS’s concurrence — which makes clear he is not with the program. In saying that nothing in today’s opinion casts doubt on non-abortion precedents, JUSTICE THOMAS explains, he means only that they are not at issue,” the liberals wrote, as they quoted from Thomas’ concurrence.