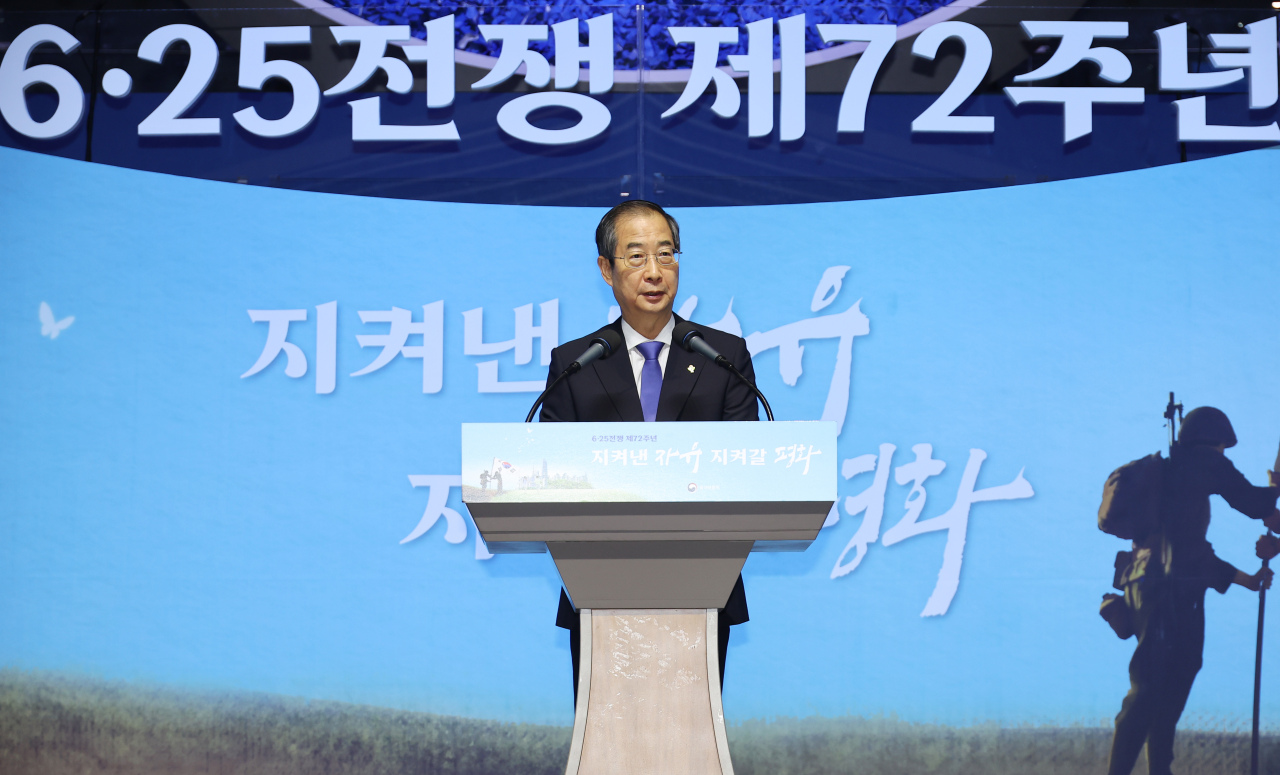 Prime Minister Han Duck-soo delivers a speech during a commemorative ceremony to mark the 72nd anniversary of the outbreak of the Korean War in Seoul on Saturday. About 1,500 participants including senior government and military officials, veterans and citizens took part in the event, which was held under the slogan of “Freedom preserved, Peace to protect.”