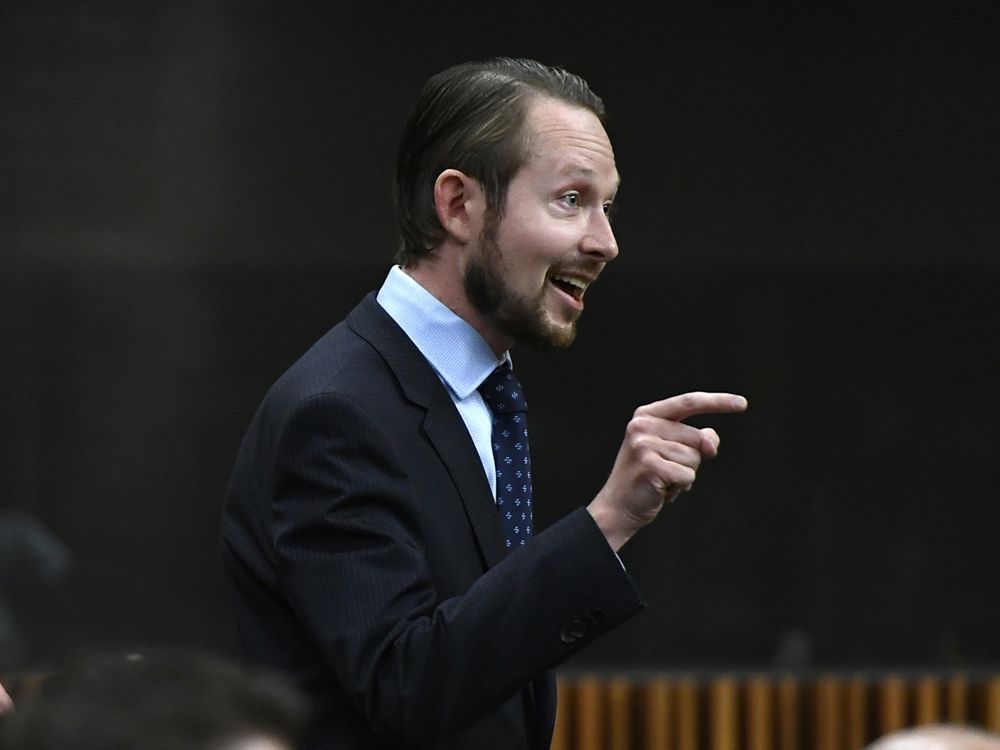 OTTAWA – Conservative MPs called on the Liberal government Thursday to pause plans to allow people suffering from mental illness alone to get a medically assisted death.

Conservative MP Michael Cooper, who sits on a parliamentary committee reviewing medical assistance in dying (MAID) legislation, said the expansion to allow people with mental illness to take their life with a doctor’s help is moving too quickly. .

“It is completely unacceptable and it is dangerous to rush an expansion of MAID for persons who are suffering solely from an underlying mental health condition,” he said.

The Supreme Court first ruled in 2015 that Canada’s laws against medically assisted death were unconstitutional. The Liberals responded with legislation in 2016 that allowed MAID in cases where a person had a debilitating disease and where their death was “reasonably foreseeable.”

A 2019 Quebec Appeal court ruling said the “reasonably foreseeable,” provision was unconstitutional and the Liberals drafted changes to the law, setting a new standard that patients must have a “grievous and irremediable” medical condition. That change in language opened the door for people with solely a mental illness — conditions like severe depression — to seek an assisted death.

The sunset clause was meant to give time for two groups, an expert panel and a parliamentary committee made up of MPs and Senators, to study the issue and make recommendations.

The expert panel released its recommendations earlier this month. It suggested the government needed to ensure more training for nurse practitioners and doctors, clearer guidance and broad assessments that look at all possible options for people seeking MAID for their mental illness including more social support.

The parliamentary committee released an interim report Wednesday highlighting a lot of difficult questions that need to be worked out. Among them many of the definitions the government is using don’t have clear definitions.

“An additional challenge relating to terminology that witnesses raised is that ‘irremediable,’ ‘incurable’ and ‘intolerable suffering,’ all terms used in the relevant Criminal Code provisions, do not have scientific or medical definitions,” read the report.

The parliamentary committee didn’t issue its own set of recommendations, but said if the government intends to follow the advice of the expert panel, it must move quickly.

“We must have standards of practice, clear guidelines, adequate training for practitioners, comprehensive patient assessments and meaningful oversight in place,” they wrote.

The Conservatives on the committee, including Cooper, wrote a dissenting report, suggesting the government pause and not move forward with medically assisted death for mental illness, while all these issues are unaddressed.

He said, among other issues, it is not possible to know when a mental health issue is past the point of treatment, unlike, for example, a cancer diagnosis.

“What we heard from expert witness after expert witness is that it is not possible, or at the very least very difficult, to predict whether someone suffering from a mental health condition and get better and improve.”

Cooper said there should be no timetable and the government should simply hold off until all questions can be answered.

“There should be no arbitrary timeline imposed. There’s lots of work that needs to be done.”

If Canada goes ahead with its plan, it will be one of only four countries in the world to allow for assisted death in cases of mental illness.

Health Minister Jean-Yves Duclos’ office would not answer if the government was open to an extension, but said they would take a close look at recommendations from both groups.

“We are taking the time to closely review the expert panel’s report and the Special Joint Committee’s interim report of MAID in Canada. Both reports will be considered to ensure that requests for MAID from persons with mental illness are dealt with in a safe and compassionate manner.”

The parliamentary committee is supposed to have a final report to the government by this October, which will consider the issue of mental illness as well as mature minors and advanced requests for medically assisted death.