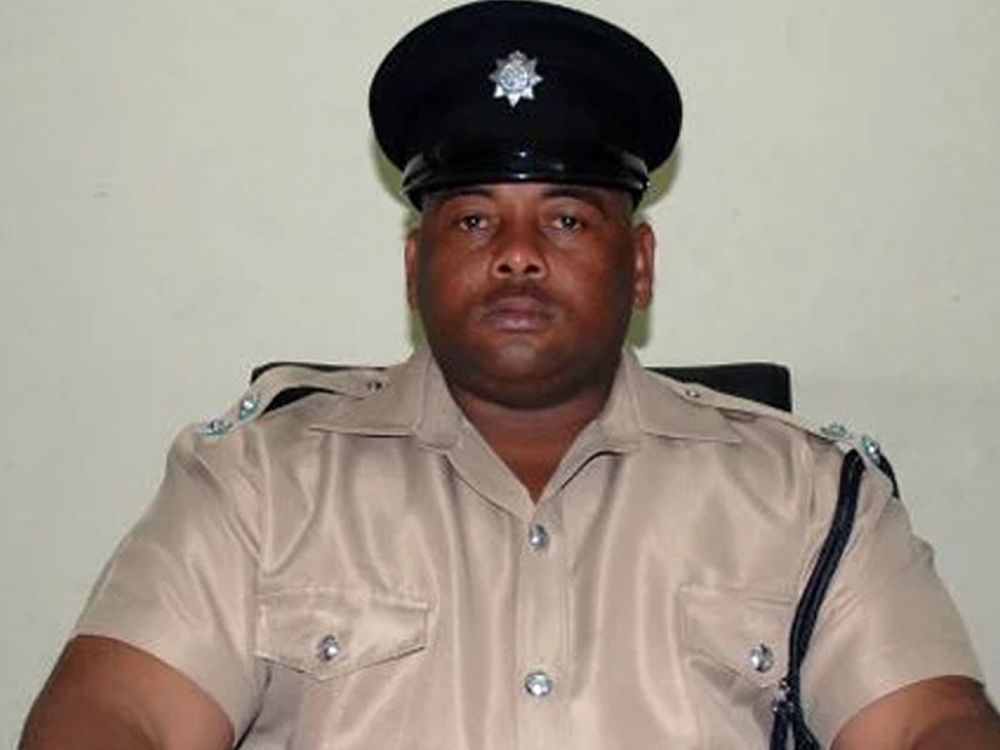 Jasmine Hartin, a Canadian-born socialite accused of killing a police superintendent in Belize, has said in a television interview that the whole affair is a horrible accident and that she’s no murderer.

“I cry every day,” Hartin, 33, said in a lengthy interview with Piers Morgan, the British provocateur, on his TalkTV show.

In the early hours of May 28, 2021, Hartin was found on a pier near her apartment in Belize, covered in blood. In the water was the body of Henry Jemmott, a father of five and a police superintendent, who was known as “The King” by his family. He had a single gunshot wound in his head, Morgan reported.

That night, Hartin said, she had plans to meet Jemmott for a drink with her then-partner Andrew Ashcroft. (The couple has since separated.) Ashcroft and another friend ended up staying behind, leaving Hartin alone with Jemmott. Hartin said she brought a previously opened bottle of wine, and had perhaps two glasses under a full moon.

The two were sitting listening to music on a portable speaker. Jemmott was speaking about his relationship, about his day. He had mentioned that his marriage had fallen apart, Hartin said, and he had taken a leave from work.

At some point, Jemmott gave her the magazine from his gun, a Glock 17, a common law enforcement pistol. It was the second time, she said, that he had done so, since he felt she should get comfortable with the weapon.

Hartin said Jemmott had her practice loading and unloading bullets from it.

“The only time I handled the weapon was at the very end when Henry asked me to pass it to him, so he wanted me to pass him the clip, and at that point the clip was already back into the weapon,” she said.

She said she was unfamiliar with the gun and wasn’t entirely sure how to work it. As she was “struggling” with it, the gun went off.

“It was a very tragic accident, I don’t ever remember touching the trigger of the weapon, but I was holding it when it went off,” Hartin said.

Hartin told Morgan she heard a loud bang, and could feel her ears ringing, and Jemmott’s blood running onto her, after his body slumped against her.

“I tried to wiggle out from under him and that’s when he started slipping into the water … he was a lot bigger than me so I couldn’t hold him up,” Hartin said.

Hartin awaits trial in Belize for manslaughter by negligence. She is out on bail. But, several weeks ago, when Hartin checked in with police, as required for her bail, she was put in cuffs because of claims she had “ordered a hit,” on the police commissioner, Chester Williams, and the magistrate involved in her custody battle, Morgan said. (Hartin was later released.)

Hartin said they are “ridiculous, bogus charges.” She also said it’s “not true at all” that she’s sent threatening messages to Williams. (She said she has messaged him, though.)

Shortly before the shot was fired, Hartin said, Jemmott had asked her to rub his shoulder. She described it as “weird,” but said she didn’t think “it was a sexual thing.”

“He was my friend. He did not make a pass at me. I considered Henry like a protector,” Hartin said.

After the shooting, footage emerged of Hartin shooting a watermelon with a shotgun. Morgan insisted she seemed like a proficient shooter.

“I greatly disagree with you,” Hartin said. “What that video doesn’t show you is the 10 times I tried to hit that watermelon and missed.”

Morgan pressed Hartin on whether she’d pulled the trigger, which Hartin denied, repeatedly, saying she didn’t remember touching the trigger.

“I’m not sure if it was a faulty weapon or not,” she said.

“It couldn’t have fired itself … somebody has to pull a trigger on a handgun,” Morgan said.

“If it’s a faulty weapon then sometimes it can go off, if it’s rusty, I’ve heard many things … I’m not sure how much I can talk about this because I’m still in trial for this matter,” Hartin said.

Initially, Morgan said, Hartin had claimed Jemmott was shot by someone from a boat. In the interview, she said she had no memory of saying that and suggested it might be a rumour.

Hartin’s former partner is the son of influential British billionaire Lord Michael Ashcroft. Prior to the shooting, the couple had just opened a hotel together in Belize, though their relationship was on the rocks.

“I had already been emotionally done with Andrew for a long time,” Hartin said.

Morgan said Belize has been “agog” with rumours that Hartin was having an affair with Jemmott.

“That’s completely false. We were friends, I knew him through Andrew. It’s just a small country with a rumour mill,” Hartin said.

Hartin said that she feels her ex’s family has used the shooting as an opportunity to exile her from her family, friends and business. (Recently, local media reported that Andrew won custody of their five-year-old twins and relocated to Turks and Caicos.)

Representatives for the Ashcroft family told Morgan’s show that she has had the best legal assistance possible and that Andrew had made “very significant financial and other contributions” to her defence.