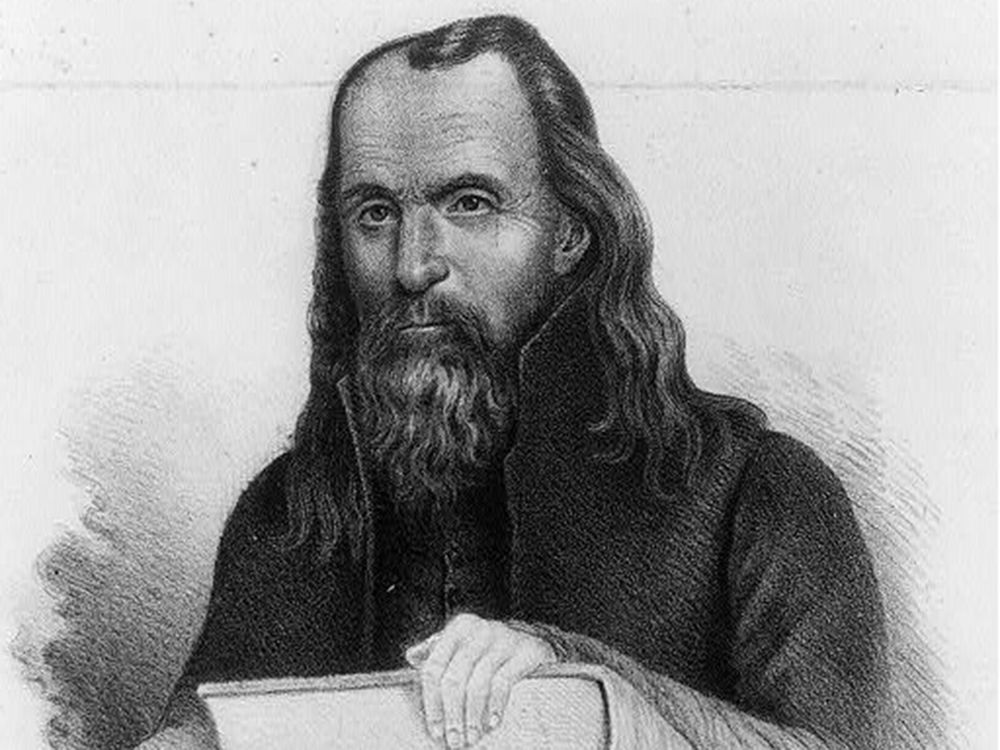 In the long-running annual series Oh, The Humanities! the National Post surveys academic scholarship at the Congress of the Humanities and Social Sciences, which is entirely virtual this year, from May 12-20.

The stereotypical image of the charismatic cult figurehead has gone through many tweaks and transformations over the centuries, from the desert hermit and the otherworldly mystic to the doomsday technofuturist and the apocalyptic soothsayer.

Each time a new movement arises around a charismatic preacher, it draws on the cultural shapes of those who came before, sometimes long before, especially the most historically influential of these figures: the carpenter from Roman Judea, the ascetic aristocrat from northern India, the trader from Mecca.

Scott McLaren, a cultural historian at York University and co-editor of the Historical Papers of the Canadian Society of Church History, got to wondering about this consistent power of a single person in his work on Lorenzo Dow, a wild-haired rebel visionary miracle worker Methodist preacher in early 19th century Connecticut who travelled America and Britain and became a saintly figure after his death on the strength of a popular autobiography.

McLaren drew a curious connection. He noted how similar Dow’s popular fate was to that of Saint Cuthbert, the 7th-century Anglo-Saxon Northumbrian monk and hermit famous for healing miracles who became both a figure of veneration and a source of northern English political identity for centuries after his death, as he remains today.

Both were admired in life, but rose steeply in esteem after death. In both cases, spookily, their bodies were disinterred long after they died and were reportedly found incorrupt.

In Cuthbert’s case, when his coffin was opened more than a decade after his death in 687, his body was incorrupt, according to the 8th century English historian Bede. The same thing is said to have happened when it was opened again in 1104.

In Dow’s case, when they dug him up after 40 years in 1874 at Holmead Burying Ground in Washington, D.C., for reburial at nearby Oak Hill Cemetery, his long white beard “rested whole on his chest and much of his clothing was still preserved intact,” according to a new paper by McLaren, presented Tuesday at the Congress of the Humanities and Social Sciences.

In the tangled cultural traditions of charismatic preachers, that is no simple coincidence. In humanities scholarship, it rarely is. The new recapitulates the old. This tale of the incorrupt body suggested the cult of Lorenzo Dow was a 19th century New World Protestant reprise of the more famous medieval devotional movement focused on Cuthbert.

American Methodists who admired Dow were not consciously trying to imitate Northumbrian devotional practices of late antiquity. On the contrary. Dow himself was firmly opposed to, as McLaren describes it, the “wild liturgical excesses of Roman Catholicism.” But somehow it happened, thanks to what McLaren calls a “perennial human need for heroes.”

A “kind of cult came to surround his memory — a cult that was, for many practical purposes, not unlike the cults that grew up around Roman Catholic saints all across Europe and that were founded on a rich tradition of hagiography,” McLaren wrote.

“What does it mean that 19th and early 20th-century evangelicals wanted — but could not quite manage in the shadow of their own theologies — to turn Lorenzo Dow into a saint after the pattern of those medieval holy men and women who were venerated across the centuries? Perhaps there is a deep-seated human desire, one that no amount of theology can entirely overcome, to create towering figures that loom like colossi over the wreck and woe of a fallen world and a broken humanity.”

Both men were famous in their time, but it was only after their death that their reputations really took off.

Cuthbert was also said to have performed miracles, including putting out a fire with prayer, and stilling the wind to save a group of monks on rafts from being blown out to sea.

Dow was a study in gothic. He laid a curse on a town in Georgia, Jacksonboro, that remains a ghost town today, after he was banned from preaching there. This story, like the rest, is doubtlessly embellished and exaggerated, McLaren writes, which Dow himself “would somehow approve.”

He was also something of a grifter, who once paid a boy to climb a tree with a trumpet and blow it on his secret signal, spooking the crowd as if judgment were at hand.

It was unusual for American evangelicals to fixate so much on one man, but as McLaren noticed, old habits die hard.

“Christians for centuries practised a spirituality rooted in the cult of the saints until the veneration of such figures was finally forbidden by Protestant reformers who objected as much to Catholicism’s narrow definition of sainthood as they did to the soaring depictions of such men and women in oil and glass across the whole length and breadth of medieval Christendom,” McLaren wrote.

What that meant in 19th century America was that Lorenzo Dow remained on the outs with his own Methodist Conference, viewed skeptically for his “irregular conduct.”

“Dow’s perennial conflict with authority, combined with his unkempt appearance, refusal to observe social norms, and willingness to single out and castigate specific sinners by name meant that, while some revered him, others loathed him,” McLaren wrote.

This was an early version of an American pop cultural superstar people love to hate. McLaren sees a lesson here for historians about their reluctance to emphasize the famous and infamous, and their preference for broader impersonal social analysis.

“When history finally denies us our heroes, we find ourselves resorting to those fictional worlds where we can at least have superheroes,” McLaren concluded. Like Cuthbert, Dow became “a religious celebrity.”