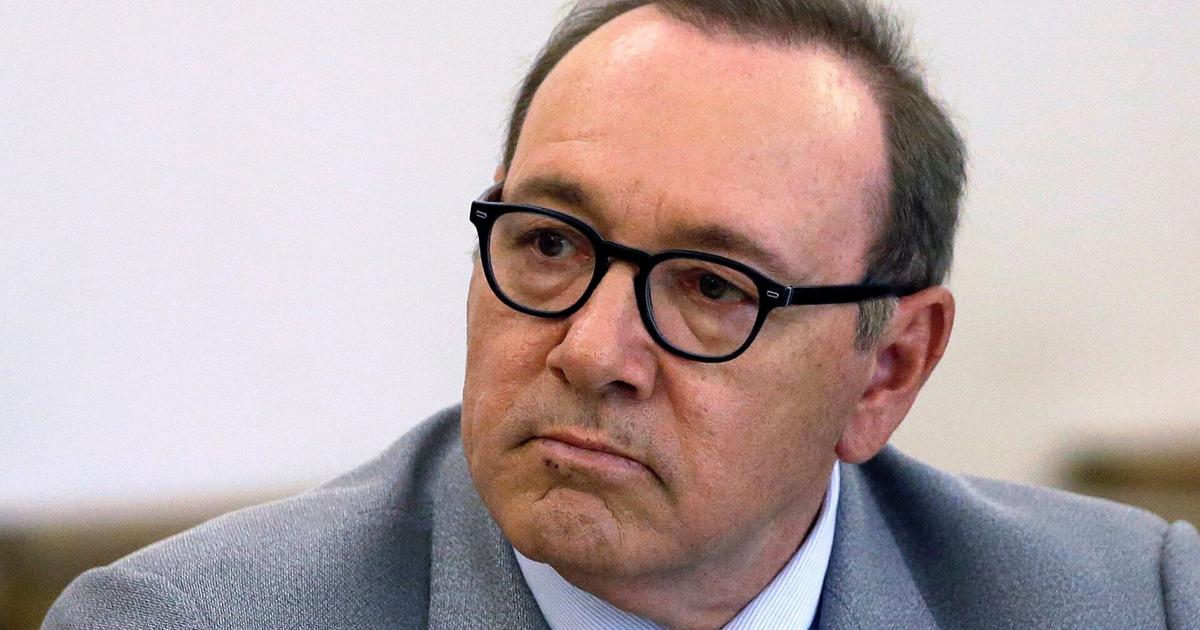 The Crown Prosecution Service said Spacey “has also been charged with causing a person to engage in penetrative sexual activity without consent.”

The alleged incidents took place in London between March 2005 and August 2008, and one in western England in April 2013. The alleged victims are now in their 30s and 40s.

Spacey, a 62-year-old double Academy Award winner, was questioned by British police in 2019 about claims by several men that he had assaulted them.

Spacey won a best supporting actor Academy Award for the 1995 film “The Usual Suspects” and a lead actor Oscar for the 1999 movie “American Beauty.”

His celebrated career came to an abrupt halt in 2017 when actor Anthony Rapp accused the star of assaulting him at a party in the 1980s, when Rapp was a teenager.

Spacey denies the allegations and is currently trying to have a sex abuse lawsuit from Rapp in New York thrown out.

A criminal case brought against him, an indecent assault and battery charge stemming from the alleged groping of an 18-year-old man at a Nantucket resort, was dismissed by Massachusetts prosecutors in 2019.

Onlookers urged police officers to charge into the Texas elementary school where a gunman’s rampage killed 19 children and two teachers. That’s what a witness said Wednesday as investigators worked to track the massacre that lasted upwards of 40 minutes and ended when the 18-year-old shooter was killed by a Border Patrol team. Juan Carranza saw the scene from outside his house, across the street from Robb Elementary School in the town of Uvalde. Carranza said the officers did not go in. Minutes earlier, Carranza had watched as Salvador Ramos crashed his truck into a ditch outside the school, grabbed his AR-15-style semi-automatic rifle and shot at two people.

The White House has announced more steps to make the antiviral treatment Paxlovid more accessible across the U.S. as it projects COVID-19 infections will continue to spread over the summer travel season. The nation’s first federally backed test-to-treat site is opening Thursday in Rhode Island. The site will provide patients with immediate access to the drug once they test positive. More federally supported sites are set to open in the coming weeks in Massachusetts and New York City, both hit by a marked rise in infections. Next week, the U.S. will send authorized federal prescribers to several Minnesota-run testing sites, turning them into test-to-treat locations.

President Joe Biden has signed an executive order to improve accountability in policing. It’s a meaningful but limited action on the second anniversary of George Floyd’s death that reflected the challenges in addressing racism, excessive use of force and public safety with a deadlocked Congress. Most of the order issued Wednesday is focused on federal law enforcement agencies — for example, requiring them to review and revise policies on use of force. It will also create a database to help track officer misconduct. The administration cannot require local police departments to participate in the database, which is intended to prevent problem officers from job-hopping. The order also restricts the flow of surplus military equipment to local police.

Japan’s military says Japanese and U.S. forces have conducted a joint fighter jet flight over the Sea of Japan, in an apparent response to a Russia-China joint bomber flight while U.S. President Joe Biden was in Tokyo. It says the Japan-U.S. flight on Wednesday was meant to confirm the combined capabilities of the two militaries and further strengthen the countries’ alliance. The flight occurred hours after North Korea fired three missiles, including an intercontinental ballistic missile, toward the sea between the Korean Peninsula and Japan. The missiles fell in waters outside of Japan’s exclusive economic zone.

Eight of the 10 largest cities in the U.S. lost population during the first year of the coronavirus pandemic. New estimates released Thursday by the U.S. Census Bureau show only Phoenix and San Antonio gained new residents from 2020 to 2021. New York led the way, losing more than 305,000 residents, or about 3.5% of its 2020 population. Among the nation’s 10 largest cities, it was followed by Chicago and Los Angeles. Smaller big cities primarily in the Sunbelt gained news residents. Those cities include Austin and Fort Worth in Texas; Jacksonville, Florida; Charlotte, North Carolina and Columbus, Ohio.

The intersection where George Floyd died at the hands of Minneapolis police officers was renamed in his honor, among a series of events to remember a man whose killing forced America to confront racial injustice. Floyd’s brother Terrence was among family members to attend as a commemorative street sign marked the corner of 38th Street and Chicago Avenue as “George Perry Floyd Square” on the two-year anniversary of his death. The renaming was followed by a candlelight vigil at a nearby ceremony. One man who visited the intersection earlier Wednesday, 32-year-old Colten Muth, said he wanted to pay homage to Floyd “because his sacrifice made a huge impact on the world.”

Oklahoma Gov. Kevin Stitt has signed into law the nation’s strictest abortion ban. The ban, passed by state lawmakers last week, prohibits all abortions with few exceptions. Stitt signed the bill on Wednesday. Providers have said they will stop performing the procedure as soon as the bill is signed. The law is part of an aggressive push in Republican-led states to scale back abortion rights. The only exceptions included in the law are to save the life of a pregnant woman or if the pregnancy is the result of rape or incest that has been reported to law enforcement.

Johnny Depp called his ex-wife’s accusations of sexual and physical abuse “insane” as he returned to the witness stand in his libel suit against Amber Heard. Depp was back on the stand Wednesday as a rebuttal witness in the six-week trial. Both he and Heard had already each testified for four days earlier in the trial. Depp described Heard’s testimony — in which she detailed more than a dozen separate issues of abuse — as ridiculous and false. Depp is suing Heard for libel in Fairfax County Circuit Court over a December 2018 op-ed she wrote in The Washington Post describing herself as “a public figure representing domestic abuse.”

A federal judge has sentenced reality TV’s Josh Duggar to about 12 1/2 years in prison for his conviction on one count of receiving child pornography. Prosecutors had asked the court to sentence the former “19 Kids and Counting” star on Wednesday to the maximum 20 years. Duggar’s lawyers sought a five-year prison term. Duggar was arrested in April 2021 after authorities found child pornography on a computer at a car dealership that he owned. He maintains his innocence and his attorneys say they will appeal. TLC cancelled the show featuring Duggar and his large family in 2015 amid allegations that he molested five girls years earlier, including four of his sisters.

Jaylen Brown scored 25 points, Jayson Tatum added 22 and the Boston Celtics moved to the brink of a berth in the NBA Finals, running away after halftime to beat the Miami Heat 93-80 and take a 3-2 lead in the Eastern Conference title series. Al Horford had 16 points and Derrick White added 14 for the Celtics. Tatum finished with 12 rebounds and nine assists. Bam Adebayo scored 18 points and grabbed 10 rebounds for the Heat, who shot 32% in the game — after shooting 33% in Boston’s 20-point win in Game 4. Gabe Vincent added 15, Jimmy Butler had 13 and Duncan Robinson scored 11.