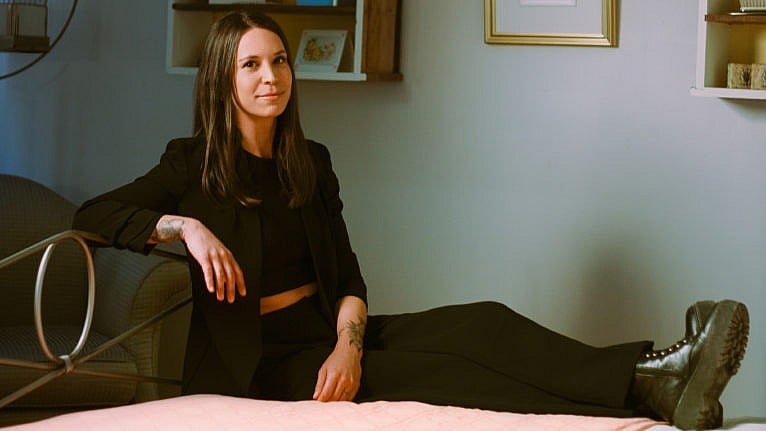 Early days: My movie-buff father taught me to appreciate powerful performances. One of my first favourites was Dirty Dancing, which stood out for its ability to create tension and chemistry through choreography and dance. My own performing career started when I joined the Raptors Junior Dance Pak in the ’90s.

Education: I went to art school, and after exploring multiple careers, I was drawn to paramedicine. I spent 15 years working on sets as a medical consultant with my company, Ready Set Medic, choreographing actors on shows like Designated Survivor and The Handmaid’s Tale.

How I started: One day, I overheard a crew discussing how they were going to shoot between a performer’s legs during a labour-and-delivery scene. I thought about asking, “Do you mind if we see if that works for her?” I witnessed a lot of situations where I wished I’d spoken up.

How I was hired: In July of 2018, I worked on the Toronto set of the HBO series Jett as Canada’s first ever intimacy coordinator. I started my company, Intimacy Coordinators Canada, that same week. We created a set of protocols that outlines expectations during filming, and it’s now being used on sets across the country.

Average day: I do a lot of my prep work at home, which includes meetings with directors to ask about specific shots—whether there will be an insert with breasts, for example—and figure out their vision. We then get a sense of the performers’ boundaries, like, “I’m okay with my buttocks being shot, but only from the profile.” I walk them through options for barriers and modesty garments. Rehearsals on location—and with proper wardrobe and props—are beneficial, especially for complicated scenes. We can add the smallest choreographed detail, like releasing a breath. And if someone removes consent on shoot day, we respect that and we pivot.

Necessary equipment: Memory foam is a big one; we add padding around genitalia for desensitization reasons. Our on-set kit also includes hygiene products, like mouthwash, mints and deodorant—all of which help everyone focus on their performances. That’s what matters.

Workplace uniform: I’ve been wearing black on set for a few years now. It’s better when I blend right into the background.

Best part of my job: I encourage—and celebrate—nudity on screen; it’s not something I’m there to censor. By establishing a safe space for expression, performers feel more empowered to explore the sensuality of their characters.

Workplace hazard: Sometimes chemistry between performers is an issue. I had some young performers who didn’t want to get close on shoot day. They were struggling with nuzzling each other’s necks, so I added a drop of vanilla behind their ears, which they appreciated.

—As told to Nadine Araksi