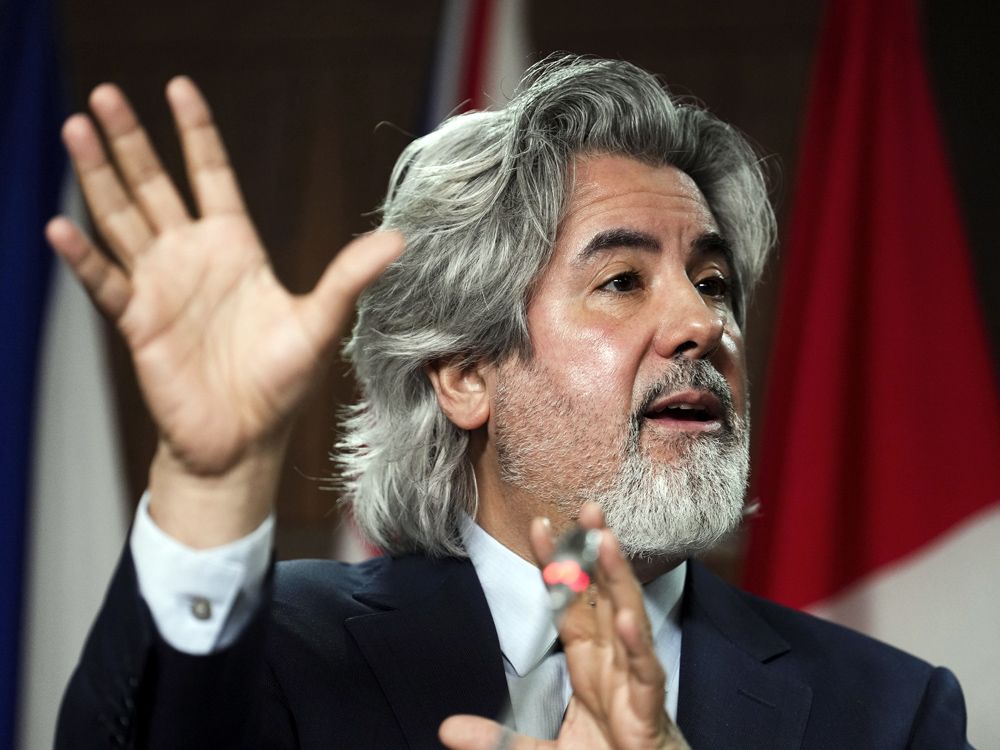 Heritage Minister Pablo Rodriguez says he wants to modernize the CRTC to enable the commission to regulate large online platforms.

“Platforms, they operate according to their own rules,” Rodriguez said in a speech at the IIC Canada communications industry conference. “We can choose to hold them more accountable through a framework that serves the public. Or to do nothing.”

Under two internet regulation bills Rodriguez has introduced in Parliament, C-11 and C-18, the CRTC will be tasked with developing and implementing new regulations for online streaming services, and overseeing news revenue sharing between online platforms and news publishers. To do that, the government is looking for a new CRTC chair, with an “ability to lead an organization through change,” it said in a job posting published online Friday.

Asked in a brief interview whether the CRTC will really be able to take on the likes of Google and Facebook, Rodriguez said it’s “not about taking on people or companies.”

“It’s about regulating and they’ve been doing this for 50 years. So if someone says, oh, it shouldn’t be the CRTC, then my question is who should it be? Who has more experience?” he said.

Rodriguez said the government will ensure the CRTC has the resources it needs for the job.

“I think they’ll be up to the challenge,” he said.

Rodriguez acknowledged in his speech critics have questioned whether the CRTC has the capacity and expertise to take on digital regulator. “Some argue that the CRTC is not responsive to consumers and creators. That it lacks the expertise and resources to deal with this new legislation. Basically … the CRTC doesn’t get the internet,” Rodriguez said. “Trust me, I hear these concerns.”

He said the government should bring new leadership and talent into public regulators. “Let’s grow our next generation of public servants, who have digital, data and design knowledge,” he said.

Rodriguez contrasted The CRTC’s methods with the way that platforms like Google dealt with the removal of Russian state broadcaster RT. YouTube blocked channels like RT, and the CRTC came to the same conclusion, but after a transparent public process and after issuing a lengthy decision.

“Let’s think about it for a minute. On one hand you have an open and transparent public process that clearly sets out the reasons why a decision was made … and on the other hand, it’s totally up to a platform.”

Rodriguez said the platforms have “incredible” power and asked what happens if those platforms make a decision that goes against the public interest.

We can choose to hold (platforms) more accountable through a framework that serves the public. Or to do nothing

A day earlier, CRTC chairman Ian Scott told the same conference he found criticisms that the CRTC doesn’t have the expertise to implement Bill C-11 “perplexing.”

He said with the new funding the Liberal government has outlined for the commission, the CRTC is “ready” for its new responsibilities.

Asked about whether regulating Google or Facebook is the same as regulating Bell or Rogers, Scott said it was not.

“But Bell and Rogers isn’t the same as regulating small cable companies or small broadcasters,” he said. “There are lots of different categories, lots of considerations to be taken into account.”

Scott acknowledged that “if you were starting from a blank canvass, you would probably design a regulator very differently. The world has changed.” He said the CRTC also has to “regulate more quickly” and “adapt more quickly.”

Rodriguez said in his speech “this is all new territory,” for “the government, the CRTC, for you guys, for Canadians.”