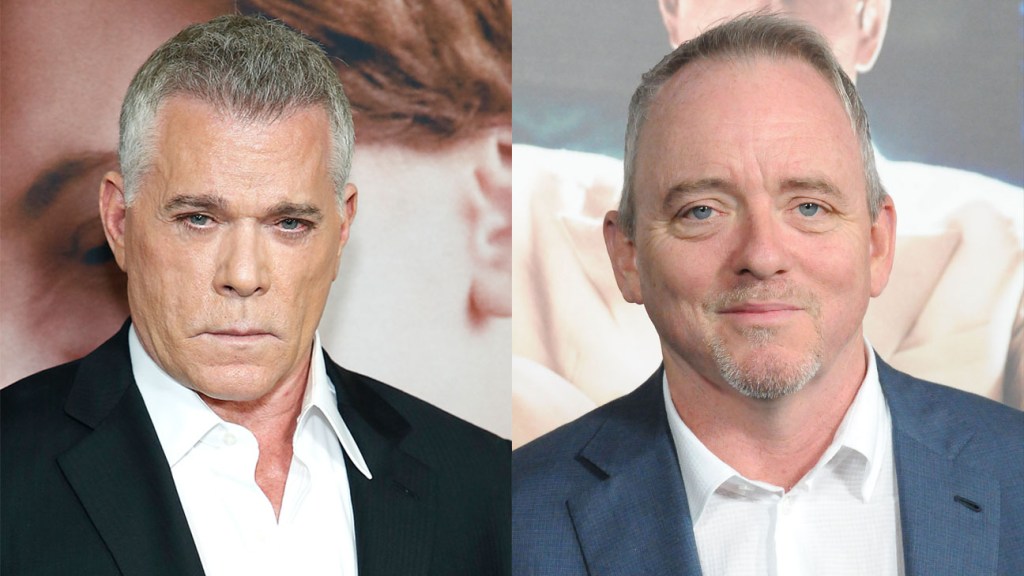 One of Ray Liotta’s last completed roles before his death was in Black Bird, an Apple TV+ limited series that’s set to premiere in July.

Liotta plays a character named Big Jim Keene in the series; Keene is a Chicago police officer whose son (Taron Egerton) is convicted of a crime and given a choice: Serve a full 10 years in a minimum-security prison or enter a maximum-security facility and coax a confession out of a serial killer (played by Paul Walter Hauser). It’s based on a true story as told in the book In With The Devil: A Fallen Hero, A Serial Killer, and A Dangerous Bargain for Redemption by James Keene and Hillel Levin.

Series creator and executive producer Dennis Lehane (Mystic River, HBO’s The Outsider) says he wrote the part of Big Jim with Liotta in mind, and he was “humbled, honored, fist-pump elated” when the actor said yes.

Below, Lehane pays tribute to Liotta.

It was, quite literally, the culmination of a lifelong dream to work with Ray Liotta. From the moment I saw him blow out the screen, his co-stars, and the back of the theater in Something Wild, I found him the most electric American actor of his generation. At the heart of a Ray Liotta performance was a duality that he couldn’t quite control; I suspect it wasn’t conscious. It felt, instead, like something that was locked in his DNA. When his character was threatening and dangerous, he still couldn’t fully hide the sweet little boy inside. When the character was charming, even loving, you could still feel something volatile roiling underneath.

I wrote the part of Big Jim Keene in Black Bird for Ray. I had no other actor in mind and was floored — humbled, honored, fist-pump elated — when he leapt at playing the part less than 24 hours after we sent him the scripts. And the performance he gave? It was a master class. He wholly embodied a man who realizes that his lifetime of cutting corners and flitting along the edges of corruption have hung an albatross of very bleak options around the neck of his own son. But as deeply flawed and compromised as the character is, Ray found the nobility in a man who would run into a burning building for that same son and never break his stride. It was that duality I counted on to carry the emotional heart of our show from beginning to end.

Ray came to set to work. He expected those he worked with to be prepared, professional, and to take their work as seriously as he did. I loved that about him. One day, we’re shooting a diner scene where Big Jim has a stroke. And the scene is taking a while to light and set up and several other conditions are in play that are less than ideal. And Ray’s getting more and more pissed off.

Eventually, I get a call from my assistant: “Ray needs you NOW.”

I get over there and Ray’s standing in the doorway of the diner, agitated. He steps up close to me — the whole crew is holding its breath by this time, everyone on eggshells — and Ray says, “What does ruefully mean?”

He says, “In the script. It says I smile ruefully.”

I give it a thought and say, “It means with ‘ironic or mild regret.’”

And Ray quotes Webster’s to me. “No, no. The definition of ruefully is ‘pitiable, mournful, regretful.’ There’s nothing MILD about that, Dennis.”

150 people have stopped working to hear my answer.

So, I say, “I don’t know, Ray, it was like nine months ago. Forget ruefully. How do you feel in the scene?”

He says, “I feel slightly irritated.”

He says, “Thank you.” Starts to walk off.

Everyone’s still staring at me. So, I call after Ray, “I tell you one thing, Ray — I rue the day I wrote that fucking line.” The whole crew looks like they all swallowed a puppy at the same time.

Ray looks back over his shoulder at me with pure menace. And then …

He laughs. Big loud, Ray Liotta guffaw. And everyone breathes again. And laughs with him. And then we all go back to work.

I’ll cherish that memory for the rest of my life. And I will always rue the day he left us.