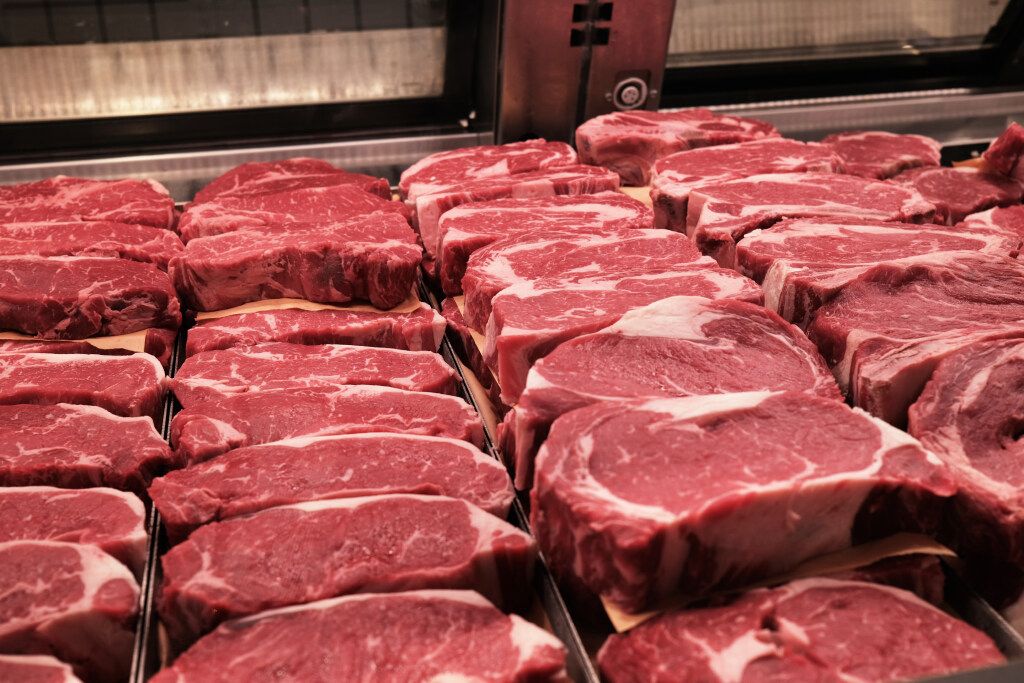 The lone star tick, which causes an allergy to red meat and other animal products, is in Canada and experts expect the might be more common in the coming years.

Named for the white dot on the female insect’s back, the lone star tick is native to the southeastern United States, but can travel over the border into Canada attached to animal hosts, said Jeremie Bouffard, project manager of the online tick-tracing platform etick.ca, in an interview with the National Post.

The bite from this tick can have an unexpected side-effect: An allergy to a substance called alpha-galactose, a sugar molecule found both in the cells of most mammals and in the saliva of the lone star ticks that bite them.

The number of confirmed alpha-gal syndrome (AGS) cases in Canadians is small, with reports of two Canadians with this allergy by the CBC and the Toronto Star.

Researchers are not sure of the location of the tick bites that led to the two cases. Bouffard says experts believe the cases affecting Canadians are the result of bites that happened during travel to areas in the United States where the lone star tick is more established.

According to microbiology journals, AGS comes from alpha-gal molecules in a tick’s saliva, which enters the blood stream of its host. This causes an immune response to the substance.

For some, the reaction to alpha-gal can be so strong that subsequent consumption of any product containing alpha gal can cause an allergic reaction.

Developing an allergy following the tick bite isn’t a sure thing, though. “You would need to be bitten a lot to get the allergy,” said Dr. Nicholas Ogden, senior research scientist at the Public Health Agency of Canada microbiology lab.

Ogden says the lone star tick is very aggressive and will “happily feed on people,” but that developing the allergy is more likely in places where the tick is abundant.

Since there is no evidence the lone star ticks are established in Canada, yet, “I think it’s very unlikely that people in Canada will get the allergy,” said Ogden.

For those that do develop an allergy, the Mayo Clinic says reactions could range from itchy skin, hives, headaches, digestive distress and, in the most severe cases, anaphylaxis following consumption of mammalian meat such as beef, pork, lamb, or other mammal-derived products like dairy and gelatin.

Doris Fox, a Windsor woman with AGS, told the Star the one of her flare-ups presented as diarrhea, cramps, and difficulty breathing eight to 10 hours after consuming mammal products.

Les Waters, in Eastern Ontario, was diagnosed with AGS and spoke with CBC in 2017. He said he had a reaction after eating a hamburger. “Your throat swells up, you can’t breathe, your blood pressure drops and you black out,” he said then.

Diagnosing alpha-gal syndrome can be difficult. Alpha-gal reactions with are typically delayed compared to most other food allergies that cause reactions within minutes of exposure.

At this point in Canada, many people self-diagnose AGS and testing is still limited. Online support groups and crowdsource maps are used by those with red meat intolerances and allergies to track suspected cases, though most have yet to be confirmed as AGS.

Data from etick.ca shows the number of lone star ticks reported in Canada is roughly 10 each year.

At the time of writing, etick lists seven lone star ticks reported in the country this year, with most in Ontario, and one in Nova Scotia.

Bouffard says numbers may increase, as migration patterns of ticks are changing due to warmer temperatures, deforestation and the building of highways. These all make the trip to Canada easier for animals carrying ticks, and makes the climate more hospitable for ticks to become established.

Tracking is important because “it’s the first step in knowing which ticks that can pose a risk to humans are in what areas,” said Bouffard.

Platforms like etick help researchers monitor tick migration and distribution by allowing anyone to upload a photo of a tick they find to the website. The tick will then be identified within one to two business days.

This gives the submitter information about any risks that tick carries, while providing researchers data to further document tick distributions, hot spots and risk areas in Canada.

“It’s a win-win for both us and the users,” said Bouffard.

People who’ve been bitten by ticks can also keep the insect and take it to the doctor’s office to have it tested for any illnesses.

Ticks can carry a range of pathogens, beyond Lyme disease and AGS, says Ogden. The best way to avoid any tick-borne illnesses is through prevention and early detection.

To reduce the chances of being bitten by a tick, Bouffard and Ogden both recommend using bug spray with DEET, wearing light-coloured clothes that make ticks easier to spot, and tucking long pants into socks to stop ticks climbing up the leg.

Bouffard says regular tick-checks are an important habit to adopt. Especially after spending time outside in wooded or grassy areas.

“Take a shower,” says Bouffard. “It may dislodge any tick that is attached to you already and will allow you to perform a thorough tick-check.”

Tick’s preferred spots include “behind the knees, under the armpits, and the belly button,” said Bouffard. For children, he says it’s important to “check around the ears and scalp,” because “children are smaller and they can roll around on the ground.”

In the event that you find a tick on yourself, you can remove it with household tweezers or tick removal tools.

While not all ticks carry diseases, for those that do, early detection and rapid removal is key. Wearing appropriate clothing, staying on the marked path, and doing “tick checks will protect you from all kinds of tick-borne diseases and ticks,” said Ogden.