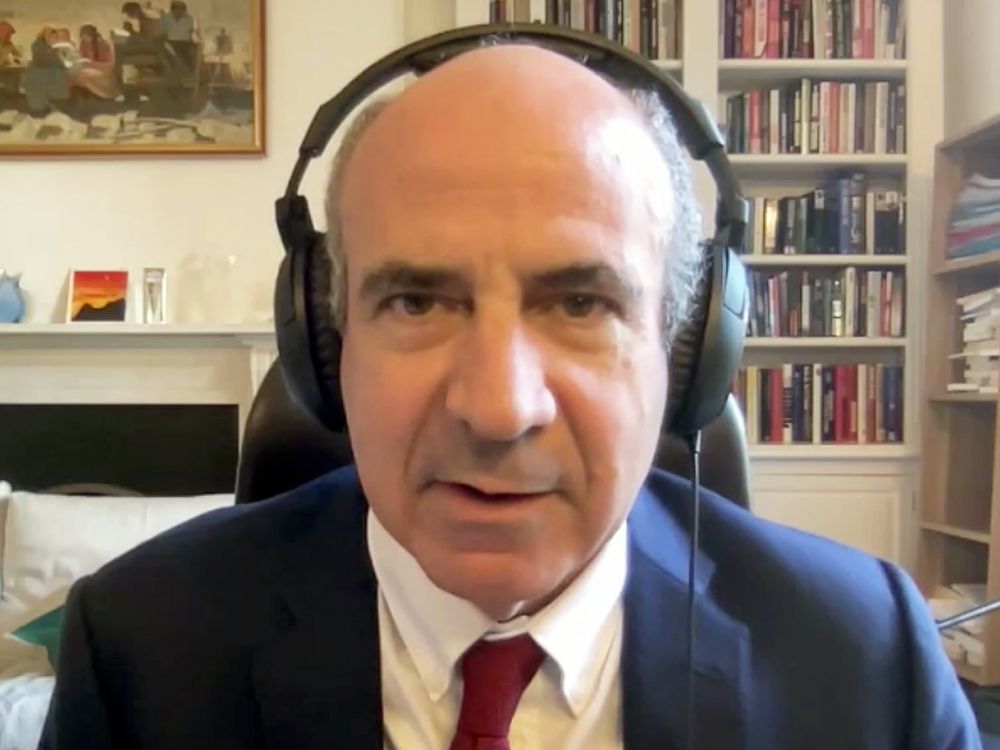 OTTAWA — The anti-corruption crusader behind the law many countries are using to punish Russia says he doesn’t understand why Canada hasn’t used its powers more, though the government says it’s been hitting Russia with a more appropriate sanction regime.

“Let me not compliment Canada on your implementation of the Magnitsky Act,” William (Bill) Browder, a renowned specialist of corruption in Russia and CEO of Hermitage Capital Management, told members of the parliamentary security committee Tuesday as part of their study on the threat posed by Russia.

Canada has sanctioned more than 1,000 Russian, Ukrainian and Belarusian officials and entities considered to be aiding President Vladimir Putin in his invasion of neighbouring Ukraine since the end of February.

Browder told MPs that Canada and its Western allies have done a “fine job” using sanctions to cripple Putin’s war effort and they should be “proud” of the number of people sanctioned. All the while warning that the world needs to focus on cutting off Russia’s $1-billion-per-day oil and gas revenue, he noted, “the sanctions have been more impressive than I would have expected.”

But all those sanctions were enacted under Canada’s Special Economic Measures Act (SEMA), which allows the government to freeze assets and bar transactions in and out of targeted accounts of sanctioned individuals and entities in countries accused of a “grave breach of international peace and security.”

And that is an issue for Browder, who told MPs that Canada should do like many other Western countries including the U.S. and instead impose Magnitsky Act sanctions.

Adopted in 2017, the Justice for Victims of Corrupt Foreign Officials Act (JVCFOA), better known as the Magnitsky Act, allows the federal government to sanction and enforce travel bans against either foreigners who are “responsible for or complicit in gross violations of human rights” or public officials tied to acts of “significant corruption.”

The bill is named after Moscow lawyer Sergei Magnitsky who, while working for Browder, blew the whistle on tax fraud by Russian government officials. He was tortured and killed in prison in 2009.

“The Magnitsky Act should be the chief sanctions legislation to be used in Canada,” Browder told MPs, though his speaking time was cut off before he could expound on reasons why.

But SEMA is better suited to sanction Putin’s allies this time around because it contains all of the “key provisions” of the Magnitsky Act, “but allows for greater flexibility and greater reach,” according to Foreign Affairs Minister Mélanie Joly’s spokesman Adrien Blanchard.

Most notably, Blanchard said SEMA allows Canada to sanction individuals and entities such as corporations or banks, whereas the sanctions in the Magnitsky Act can only extend to individuals accused of gross human rights violations.

Since Russia first invaded Ukraine and seized Crimea in 2014, Canada has used SEMA to sanction 174 entities in Russia, 42 in Ukraine and 25 in Belarus, according to Global Affairs Canada data.

“SEMA allows for the sanctioning of individuals and entities for a wider host of reasons. Since February 24th, this has been key in allowing our government to rapidly coordinate with allies and maximize the pressure on the Putin regime,” Blanchard said.

That may explain why Canada has had limited use of the Magnitsky Act since it became law in 2017.

Soon after it received Royal Assent, Canada imposed a series of Magnitsky sanctions to individuals in Venezuela, South Sudan, Myanmar and Russia. It then added over a dozen Saudi Arabians to the list after the brutal murder of Saudi critic and blogger Jamal Khashoggi later in 2018.

But since then, nothing, as all additional sanctions were imposed through SEMA.

“I would actually suggest and propose that because there has been so little usage of it by the Foreign Affairs ministry, that there should be some type of parliamentary review to understand what the holdup is, what the barrier is,” Browder said.

“The Magnitsky Act is the main tool to go after human rights violators, and there’s a lot of victims out there that are all wanting Canada to join the rest of the coalition of the willing, the United States, U.K. and the EU, in using the Magnitsky Act in all sorts of terrible situations where it hasn’t been used so far,” he added.

Browder’s testimony came on the same day the Liberal government moved to ban Russians sanctioned over Moscow’s invasion of Ukraine from entering Canada.

Tuesday, the government tabled proposed amendments to federal immigration law in the Senate to ensure foreign nationals subject to sanctions under SEMA are inadmissible to Canada.

The changes would allow the Canada Border Services Agency to deny entry to, and remove, people who have been sanctioned, and would enable Immigration, Refugees and Citizenship Canada officials to deny visas.

Once in force, the amendments would apply to all foreign nationals subject to sanctions by Canada, as well as any accompanying family members.

With additional reporting by Marie-Danielle Smith and Canadian Press