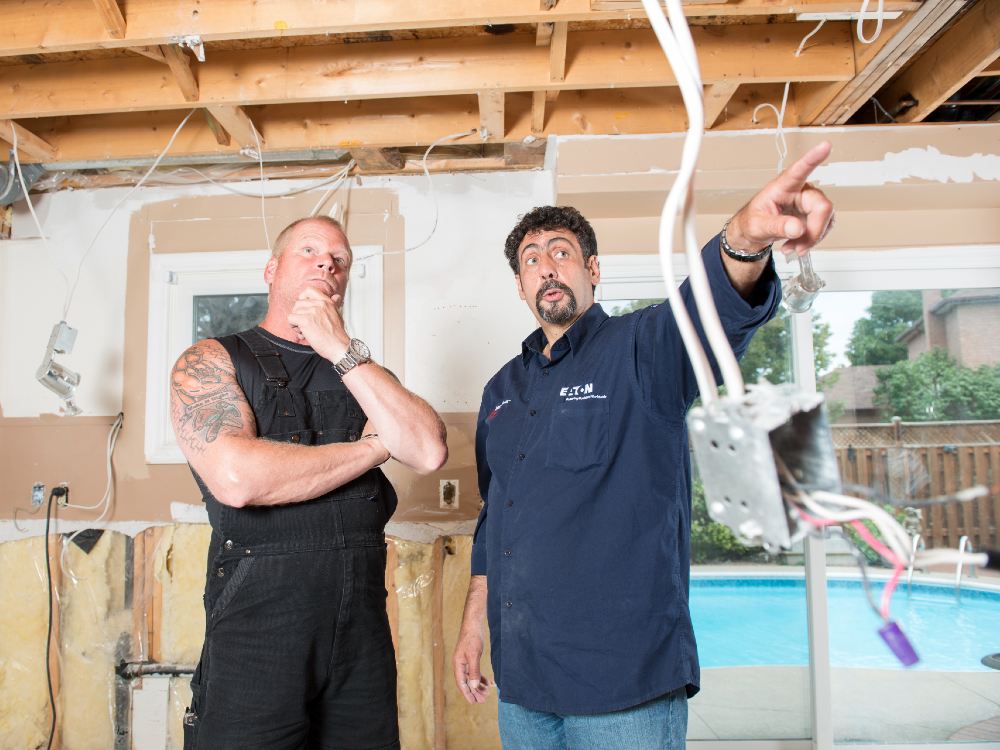 Keeping with the theme of electrical safety month, I thought I would talk about electrical fire and shock prevention.

Did you know that electrical fires account for 20 per cent of all fires in Canada, and almost 2,000 children are electrocuted or injured when they place unfamiliar things in electrical outlet slots every year? Electrical injuries can cause anxiety, persistent discomfort, and memory loss. These stats can be reduced with proper maintenance and doing things right the first time.

Electrical shocks and fires are commonly caused by faulty wiring or equipment, inferior products, mishandling of electricity, or wear and tear. However, homeowners should be aware of the ways to prevent electrical fires and shocks.

When an electrical current travels in an unintended path, for example by a person or through contact with water, GFCI receptacles provide safety by preventing electrical shock. Bathrooms, kitchens, and laundry rooms must all have GFCI outlets and be installed within 1.5 metres of a sink or water supply. Some GFCI outlets have an audio alert that sounds when the GFCI is triggered.

The first line of defence against electrical fires caused by an electrical arc is using Arc Fault Circuit Interrupters (AFCI). AFCI is a safety device that provides protection and stops the power when it detects a potentially dangerous arcing condition, caused by electricity travelling through the air. Arc-fault circuit protection is required by the Canadian Electrical Code (with some exceptions) for 125Vac, 15A, and 20A circuits. Since 2002, all circuits in bedrooms need AFCIs to be installed, which has dramatically reduced the number of fires that start in bedrooms. This tells me they should be installed in every room in your home.

Arc Fault Ground Fault (AF/GF) receptacles are two-in-one circuit interrupters. Your wiring can now be safeguarded against harmful arcs that can cause fires and ground faults that cause electrical shock in one handy gadget. Unexpected electrical routes to ground and hidden arc faults that can cause electrical fires are protected by AF/GF receptacles. The dual-purpose device, can be installed in a wall box receptacle or a circuit breaker in the distribution panel — providing maximum protection.

Motion sensor lighting controls use contemporary Passive Infrared (PIR) and ultrasonic detecting technologies to detect your presence and switch lights on. Occupancy and vacancy sensors automatically turn lights on and off, allowing you to enter a room with your hands full, making them excellent for nurseries. After a set time has passed with no motion, the sensors switch off the lights automatically.

Every washing machine needs its own 120-volt, 15 or 20-amp circuit. The outlet should be concealed and out of reach behind the machine. Any extra 120-volt 15 or 20-amp outlets will require at least one more receptacle in the laundry area. These outlets can be linked to the same circuit as the washing machine and will power your iron, steamer, or other accessories. A couple of things to help you stay safe including using an aluminum vent, clearing the lint trap after each use, cleaning and examining the vent once a year, placing a smoke alarm in the dryer’s vicinity, and never use the dryer while asleep or not at home.

Faulty electrical equipment is one of the most prevalent causes of house fires. Examine your electrical equipment for frayed or loose wires or plugs. To avoid a fire, don’t overload your outlets with plugs and avoid burying electrical lines behind rugs or heavy furniture. Instead of using an extension cable, plug heavy appliances like air conditioners or freezers straight into an outlet. An extension cord is merely a short-term fix. If a permanent solution is required, consult a professional electrical contractor and have more outlets or circuits installed by a professional electrical contractor.

Knowing how to protect yourself and your home with proper maintenance and electrical devices will prevent you and your family from fire hazards, electrical shocks and burns. Do it right and stay safe.

Residents of the GTA can apply for Season 2 of Holmes Family Rescue at www.makeitright.ca