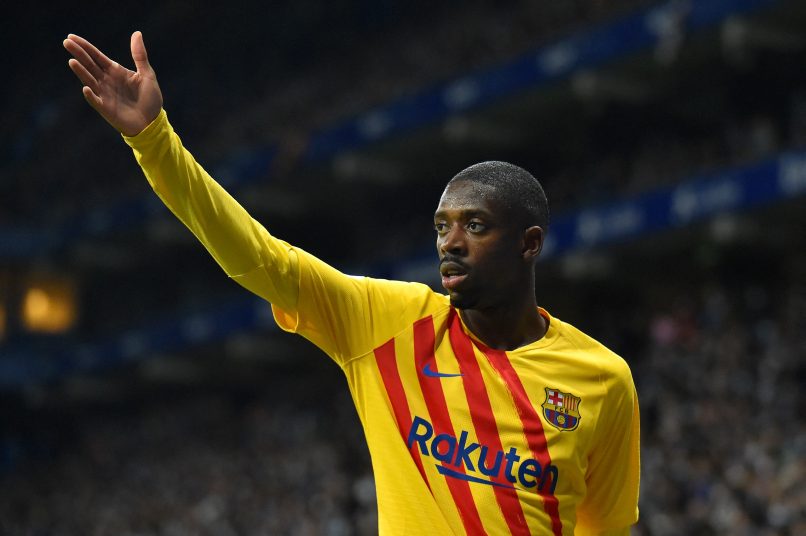 As reported by Foot Mercato, Barcelona’s French winger Ousmane Dembélé remains in contact with both Barcelona and PSG over his future with the 25-year-old’s current deal set to expire next month.

Although Barcelona president Joan Laporta told the Spanish press he had nothing new on talks with the player this week and that Dembélé’s agent, Moussa Sissoko, wasn’t responding to the club’s offer, the outlet report a meeting in fact took place between the parties two days ago.

Sissoko, meanwhile, arrived at that meeting having just spoken to PSG president Nasser Al-Khelaifi in Paris, who has made the France international his priority to replace Angel Di Maria and Paris are now the favourites to secure the forward for next season.