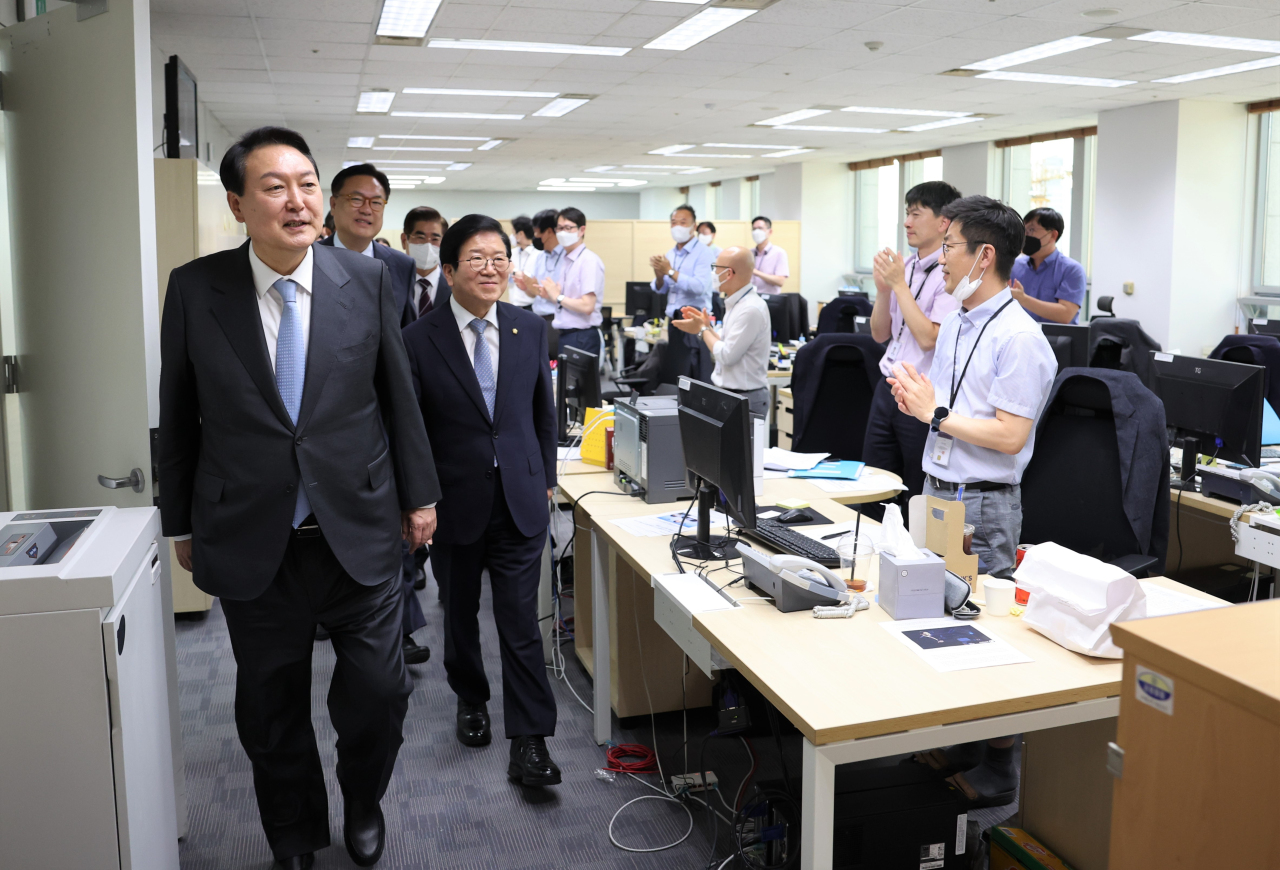 President Yoon Suk-yeol said Tuesday that in the process of appointing public officials, he will work to give “bold opportunities” to women, amid calls for his administration to enhance gender equality.

Yoon made the remarks during his meeting with outgoing leaders of the National Assembly at his office in Seoul, according to presidential spokesperson Kang In-sun.

“I will work hard to give bold opportunities to women when it comes to public personnel appointment,” Yoon was quoted as saying.

“Maybe I had a narrowed vision because I just started politics, but from now on, I will look more broadly.”

His remarks came after National Assembly Deputy Speaker Kim Sang-hee, the first woman to hold the position, expressed her regret over gender conflicts. She told Yoon that there were “unnecessary conflicts” during the presidential election, but the situation must be different after the election.

During the campaign, Yoon’s pledge to abolish the Ministry of Gender Equality and Family created controversy, with some accusing him of pandering to young male voters.

After the election, Yoon has been criticized for having few women in his Cabinet. Of the 19 Cabinet members, including the prime minister, only three are women. Of the 41 vice ministerial-level officials, only two are women.

During a press conference on the South Korea-US summit on Saturday, Yoon was asked by a Washington Post reporter about his government’s efforts to improve gender equality. Yoon answered that his administration plans to actively ensure fair opportunities for women. (Yonhap)