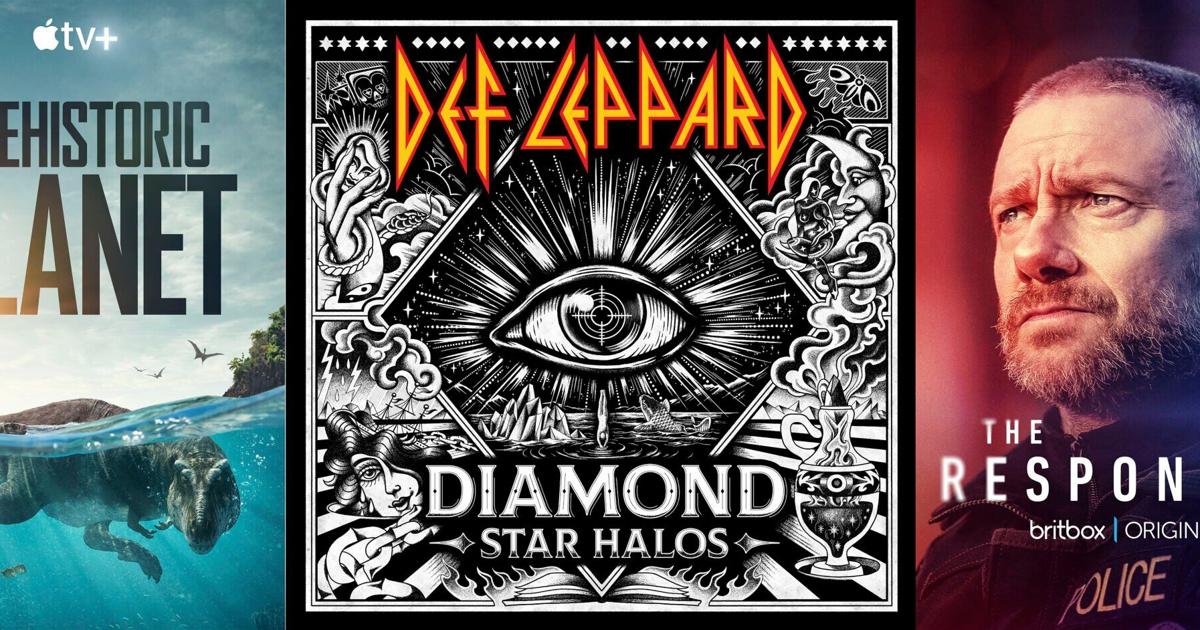 — In the satirical comedy “Emergency,” college seniors Kunle (Donald Elise Watkins) and Sean (RJ Cyler) set out for an epic night of partying only to return home to a shocking scene: Their door is ajar and a woman is passed out on their floor. The men are Black and the woman is white and they know that calling the police is not a straightforward proposition. The film, directed by Carey Williams and written by KD Dávila, was one of the breakouts of the Sundance Film Festival earlier this year for its penetrating look at racial dynamics in a heightened, comedic setting. It’s currently playing in theaters for a limited time before streaming on Amazon Prime Video starting Friday, May 27.

— “Navalny,” the riveting documentary about Russian opposition leader Alexei Navalny has been making the rounds in theaters and on CNN, but starting Thursday it’ll be available on HBO Max as well. Taut and suspenseful, Daniel Roher’s film plays more like a John le Carré thriller than a true story. It has taken on even greater significance since the Russian war on Ukraine, too, according to many of the people involved. “It gives so much context to what’s happening now in Ukraine,” Maria Pevchikh, head of the investigative unit for Navalny’s Anti-Corruption Foundation and an executive producer on the film, told the AP.

— While we sit and wait to see what the big breakouts will be at the Cannes Film Festival this year, the film streaming platform MUBI has one of the festival’s all-timers coming on Friday, May 27: David Lynch’s “Mulholland Drive,” which won Lynch the directing prize at the festival in 2001 (shared with Joel Coen for “The Man Who Wasn’t There”). And when you’re done wandering around the fringes of Hollywood with Naomi Watts and Laura Elena Harding, MUBI has an entire Cannes takeover section to explore with films like Andrea Arnold’s “Fish Tank,” Joachim Trier’s “Oslo, August 31st” (for new Trier fans thanks to “The Worst Person in the World”), as well as Ruben Östlund’s “The Square” and “Force Majeure.”

— Def Leppard get back to basics with “Diamond Star Halos,” their 12th studio album and first work since 2015. The first single, “Kick,” is less hair metal and more classic arena rock. “You never quit” go the lyrics and that sounds apt for the band, too. Def Leppard recorded in three different countries, with singer Joe Elliott in Ireland, bassist Rick Savage in England, and guitarists Phil Collen and Vivian Campbell, as well as drummer Rick Allen, in the United States. The album nods to the members’ earliest collective influences, like David Bowie, T. Rex, and Mott the Hoople, among others, and the title comes from T. Rex’s “Bang a Gong (Get It On).”

— The weekend’s big movie is also a place for new music. The soundtrack from “Top Gun: Maverick” features the singles “Hold My Hand” by Lady Gaga and “I Ain’t Worried” by OneRepublic. There’s the return of “Danger Zone” by Kenny Loggins, while Miles Teller, who plays Goose’s son, recorded a live rendition of “Great Balls of Fire.” The album also features original tracks by the movie’s composers but there’s no reprise of “You’ve Lost That Lovin’ Feelin'” — perhaps that would have been a step too far into the danger zone.

— The good old days for dinosaurs concluded some 60 million years ago, when they owned the ancient Earth in all its glory. That’s where “Prehistoric Planet” is set, using a mix of wildlife filmmaking, paleontology findings and visual effects for a promised “one-of-a-kind immersive experience.” Among the stars: the Mongolian Titan and the frightfully clawed Therizinosaurus, who along with other dinos are introduced in their respective land, sea and air habitats. The five-part Apple TV+ series, out Monday through Friday, May 23-27, boasts narrator David Attenborough and music by Oscar-winning composer Hans Zimmer.

— Martin Freeman keeps proving he can play anything. The “Sherlock” and “Breeders” actor stars as a deeply troubled English police officer in “The Responder,” debuting Tuesday, on the Britbox streaming service. Demoted from inspector, Chris Carson is patrolling the streets of his Liverpool, England, hometown, confronting crime and his own angst. He’s also reluctant partner to a rookie, played by Adelayo Adedayo, and his marriage is at risk. The series, inspired by the experiences of its creator and producer, Tony Schumacher, unfolds over a week of night shifts as Chris tries to rescue a young addict from deadly jeopardy.

— “Keeping Company with Sondheim” follows the creation of Broadway’s reimagined, gender-swapping version of the Stephen Sondheim-George Furth musical “Company.” The documentary, filmed over a two-year period during the pandemic, also looks back at the original production’s debut during a bleak time for New York City. Marianne Elliott, director of the new production, and members of the original 1970 cast were among those interviewed for the film airing Friday, May 27, as part of PBS’ “Great Performances.” So was Sondheim, the theater giant who died last November at age 91.