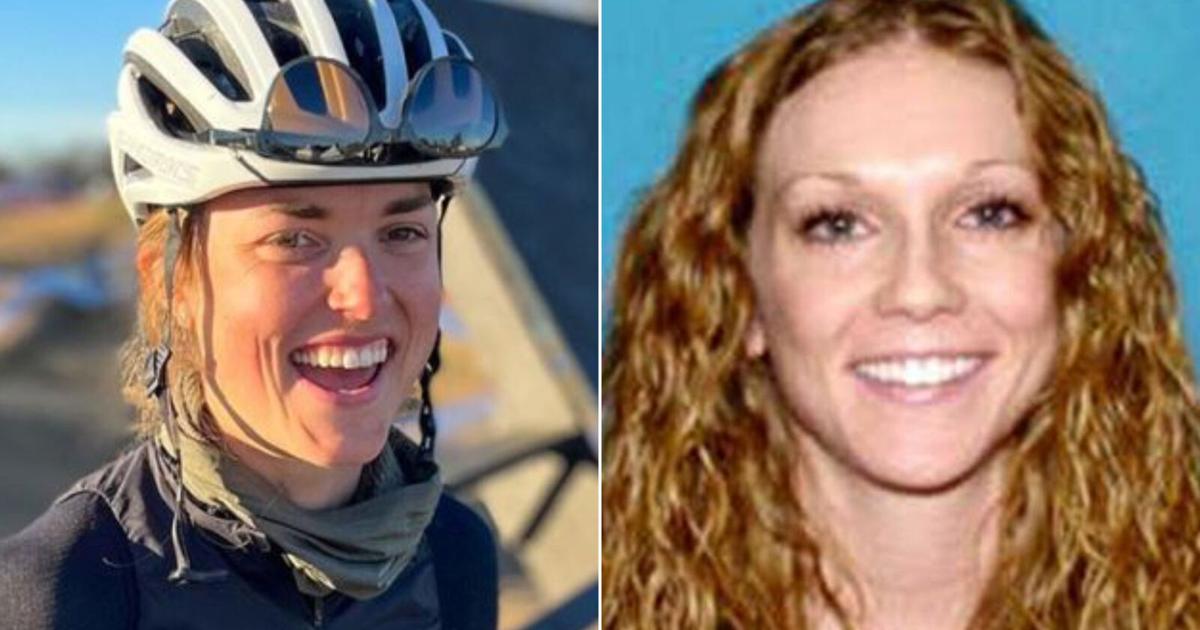 Authorities are searching for a Texas woman accused of murdering an elite cyclist who at one time allegedly dated her boyfriend.

The US Marshals Service is conducting a fugitive investigation into the whereabouts of Kaitlin Marie Armstrong, 34, who is wanted on a first-degree murder charge in connection with the May 11 fatal shooting of 25-year-old Anna Moriah Wilson.

Anyone with information about Armstrong’s whereabouts is being urged to contact authorities, the Marshals Service said in a news release last Friday.

Wilson was staying at the home of a friend in Austin, Texas, ahead of a cycling race in Hico when she was shot multiple times, according to an arrest affidavit filed in Travis County District Court.

The affidavit describes how both the victim and suspect had recently been in romantic relationships with the same man — another professional cyclist named Colin Strickland — and detailed text messages and interviews with tipsters suggesting jealousy could be a potential motive.

On the day of the murder, Wilson told her friend she was going for an afternoon swim with Strickland, the affidavit says — a detail Strickland confirmed in an interview with police. They had dinner together afterwards, Strickland said, before he dropped Wilson off at her friend’s home. He did not go inside.

Austin Police responded to the home later that evening, shortly before 10 p.m. local time, to find Wilson’s friend performing CPR on her, per the affidavit. Wilson appeared to have suffered multiple gunshot wounds, and officers saw “multiple fired cartridge cases on the floor” nearby, though a firearm was not seen. Wilson was pronounced dead at the scene.

The Austin Police Department said in a statement that the “shooting does not appear to be a random act.”

Authorities have since identified Armstrong, who Strickland was living with in Austin, as the main suspect in Wilson’s death. The affidavit for her arrest points in part to video surveillance obtained by investigators that shows a vehicle similar to Armstrong’s near the home of Wilson’s friend shortly before her body was found.

Ballistic evidence found at the scene of the killing has also been compared to bullets test-fired from a firearm Strickland recently purchased for Armstrong, according to the affidavit. Based on the results, the “potential that the same firearm was involved is significant,” the document says.

Suspect’s vehicle was seen in footage near scene, affidavit says

Wilson, who went by “Mo,” was previously an alpine skier for Dartmouth College, but transitioned to pursuing her dreams as a bike racer after graduating, according to her obituary. Outside of sports, she enjoyed “cooking, writing, and traveling,” it say, adding, “she especially loved Italy, Taco Tuesdays, maple creemees and playing Catan with her friends.”

At the time of her death, Wilson was just days from participating in the Gravel Locos bike race. On May 15, the day after the race, an event organizer remembered her on Facebook as a “role model, a shy compassionate person, a spirited tactical racer and a competitor that genuinely cared about those competing against you.”

Strickland considered Wilson to be one of the best cyclists in the world, he told police, and a VeloNews feature published on the day of her death called her “the winningest woman in the American off-road scene.” Wilson had won a series of races in California this spring, the article notes, before traveling to Austin.

In a statement to the Austin American-Statesman, Strickland said he had a “brief relationship” with Wilson from late October to early November 2021, during a time when she was visiting Austin.

“At the time, she and I had both recently ended relationships,” his statement said.

Strickland and Armstrong soon reconciled and resumed their relationship, he said, and his relationship with Wilson turned “platonic and professional.”

“There is no way to adequately express the regret and torture I feel about my proximity to this horrible crime,” Strickland said, per the newspaper. “I am sorry, and I simply cannot make sense of this unfathomable situation.”

Strickland also told police he began his romantic relationship with Wilson during a two-week period when he was separated from Armstrong, according to the affidavit.

Armstrong had contacted Wilson several times and in one instance told her to “stay away” from Strickland, one of Wilson’s friends told investigators, according to the affidavit.

Multiple law enforcement agencies involved in the investigation obtained security camera footage that captured what appeared to be Armstrong’s car — a 2012 Jeep Grand Cherokee with a bicycle rack mounted on the trailer hitch — near the house before Wilson’s body was found, according to the affidavit.

Within 24 hours of Wilson’s death, officers from the Lone Star Fugitive Task Force apprehended Armstrong in connection with an unrelated arrest warrant and spoke to her. However, Austin Police then said they learned Armstrong’s arrest warrant was not valid and told her she was free to leave.

Armstrong requested to end the interview and left after detectives began confronting her about the security camera video that placed her car near the crime scene, the affidavit states.

Per the affidavit, Strickland told police he has not had contact with Armstrong since May 13.