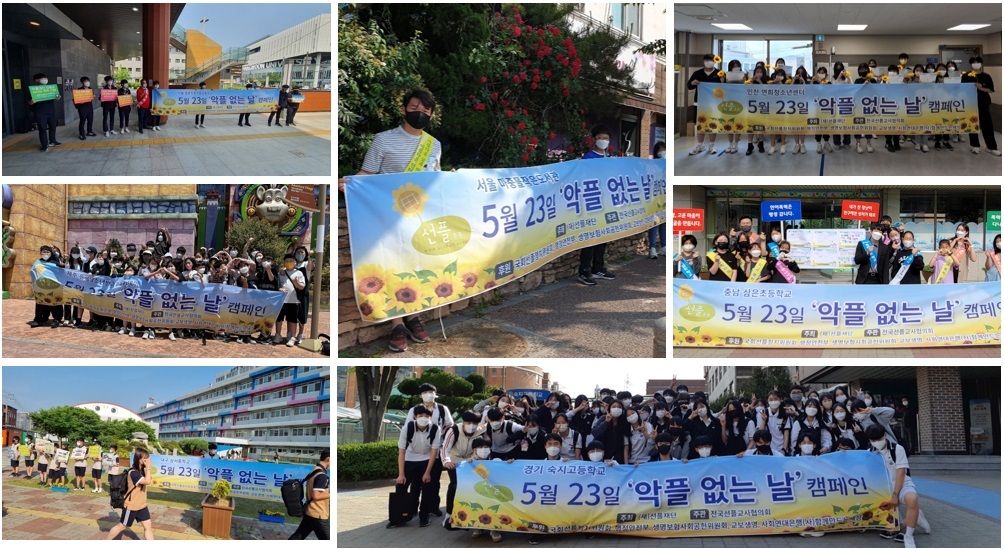 Around 40 organizations and schools joined a weeklong campaign to promote the eradication of verbal violence on the internet, as the campaign’s leader called for more continued efforts in making the cyberspace a safe place.

Sunfull Foundation, a nongovernmental organization aimed at countering cyberbullying, hate speech and human rights violations on the internet, designated May 23 as the day without verbal abuse in cyberspace.

A series of campaigns were launched from May 17-23 so more people could recognize the harmful consequences of malicious comments in online spaces and join efforts to prevent them.

Min Byoung-chul, professor of international studies at Konkuk University and the founder of Sunfull Foundation, on Tuesday called for more people to join efforts in continuing the movement beyond May 23.

Such efforts would help our society solve a myriad of social issues, including those involving human rights, hate speech and discrimination, Min said.

The foundation, launched in 2007, embarked on the global Sunfull Internet Peace Movement and initiated a series of campaigns to reduce verbal abuse in cyberspace.

The movement of Sunfull Foundation is currently joined by around 820,000 members from 7,000-some schools and organizations across the country. The combined number of supportive and positive comments have reached about 9.6 million.