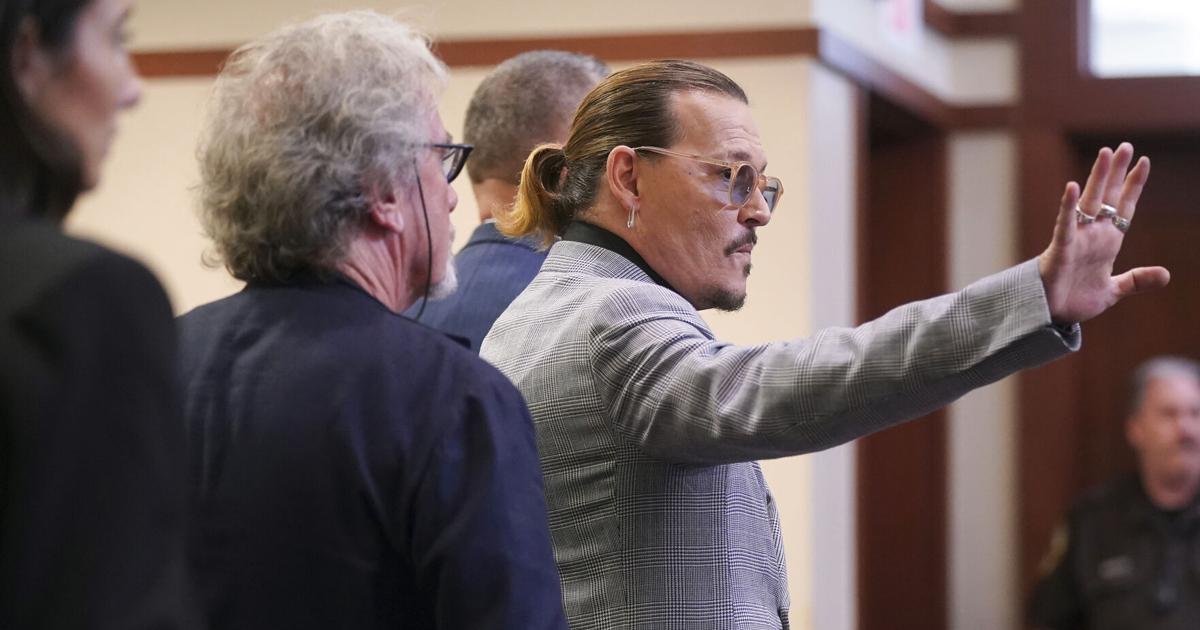 Here’s a look at trending topics for today, May 23.

Kate Moss, who dated Johnny Depp in the 1990s, is expected to be called to testify as a rebuttal witness by his legal team in the ongoing trial between Depp and his ex-wife Amber Heard, a source close to Depp tells CNN.

A source close to Depp confirmed that Moss and Depp remain close to this day.

Depp has sued Heard for $50 million alleging that a 2018 op-ed she wrote in the Washington Post defamed him, alleging the piece — which did not mention him by name — falsely painted him as an abuser.

Chris Pratt and Katherine Schwarzenegger have announced the birth of their second child.

The “Guardians of the Galaxy” actor and his author wife took to their respective Instagram accounts on Sunday night to share that they had welcomed a baby girl on Saturday.

“We are so excited to announce the birth of our second daughter, Eloise Christina Schwarzenegger Pratt. Mama and baby are doing well,” the caption read.

Read more about them here:

President Joe Biden said Monday the U.S. would intervene militarily if China were to invade Taiwan, declaring the commitment to protect the island is “even stronger” after Russia’s invasion of Ukraine. It was one of the most forceful presidential statements in support of Taiwan’s self-governing in decades.

Biden, at a news conference in Tokyo, said “yes” when asked if he was willing to get involved militarily to defend Taiwan if China invaded. “That’s the commitment we made,” he added.

Read more about US relations with Taiwan here:

President Joe Biden says the U.S. would intervene militarily if China were to invade Taiwan. It was one of the most forceful presidential statements in support of Taiwan’s self-governing in decades. Biden spoke at a news conference Monday in Tokyo and said the burden to protect Taiwan was “even stronger” after Russia’s invasion of Ukraine. The U.S. traditionally has avoided making such an explicit security guarantee to Taiwan, with which it no longer has a mutual defense treaty. Biden’s comments drew strong criticism from the mainland, which has claimed Taiwan to be a rogue province.

A Russian soldier who pleaded guilty to killing a Ukrainian civilian was sentenced to life in prison. The sentencing Monday comes amid signs the Kremlin may hold trials of its own, particularly against the captured Ukrainian fighters who held out at Mariupol’s steel plant. Meanwhile, in a rare public expression of opposition to the war from the ranks of the Russian elite, a veteran diplomat resigned and sent a letter to foreign colleagues in which he said he had never been so ashamed of his country as he was on the day Moscow invaded. On the battlefield, heavy fighting raged in the Donbas in the east, where Moscow’s forces have stepped up bombardments.

Ukrainian President Volodymyr Zelenskyy is calling for “maximum” sanctions against Russia during a virtual speech at the World Economic Forum gathering in Davos, Switzerland. He said Monday that sanctions need to go further to stop Russia’s aggression, including an oil embargo, blocking all of its banks and cutting off trade with Russia completely. Zelenskyy also says Ukraine needs at least $5 billion per month. He said tens of thousands of lives could have been saved if Ukraine had “received 100% of our needs at once, back in February” in terms of weapons, funding, political support and sanctions against Russia.

President Joe Biden has launched a new trade deal with 12 Indo-Pacific nations aimed at strengthening their economies as he warns Americans worried about high inflation that it is “going to be a haul” before they feel relief. The president says he does not believe an economic recession is inevitable in the U.S. Biden spoke at a news conference in Toyko after holding talks with Japan’s Prime Minister Fumio Kishida. He acknowledged the U.S. economy has “problems” but said they were “less consequential than the rest of the world has.” He added: “This is going to be a haul. This is going to take some time.”

A doctor who chairs a World Health Organization expert group has described the unprecedented outbreak of the rare disease monkeypox in developed countries as “a random event” that might be explained by risky sexual behavior at two recent mass events in Europe. In an interview with the Associated Press, Dr. David Heymann, said the leading theory to explain the more than 90 cases of monkeypox in a dozen countries including Britain, Spain, Switzerland, France, the U.S. and Australia was sexual transmission among gay and bisexual men at two raves held in Spain and Belgium.

A military plane carrying enough specialty infant formula for more than half a million baby bottles arrived Sunday in Indianapolis. It’s the first of several flights expected from Europe aimed at relieving a shortage that has sent parents scrambling to find enough to feed their children. President Joe Biden authorized the use of Air Force planes for the effort, dubbed “Operation Fly Formula,” because no commercial flights were available. The nationwide shortage of formula follows the closure of the largest domestic manufacturing plant in Michigan in February due to safety issues.

Top Southern Baptists stonewalled and denigrated survivors of clergy sex abuse over almost two decades, according to a scathing investigative report issued Sunday. The Southern Baptist Convention is America’s largest Protestant denomination. The 288-page report states survivors and others repeatedly shared allegations with the Southern Baptist Convention’s Executive Committee. They were met with resistance and outright hostility from within the top administrative committee, the report says. The seven-month investigation was conducted by Guidepost Solutions, an independent firm contracted by the Executive Committee. Last year, delegates at the SBC’s national gathering demanded the committee should not be allowed to investigate itself and set this third-party review into motion.

For nearly four full days, the PGA Championship had been a snooze, the cast of characters atop the leaderboard a list mostly made up of also-rans searching for a moment stardom. The golf itself was unspectacular, too, as everyone from Abraham Ancer to Tiger Woods ground their way around a Perry Maxwell classic that was both forbidding and unforgiving. Then, on the back nine on Sunday, Justin Thomas went on a charge to force a playoff. Mito Pereira dunked a tee shot into the water and disappeared. And Thomas emerged with a victory that was downright spectacular.

Ryan Blaney may frame that window net from his No. 12 Ford. It’s the one he somehow got secured enough to run two extra laps and win NASCAR’s All-Star race and $1 million. That was after he and Team Penske thought they had already won once. Blaney says it’s an oddly unique win. NASCAR admitted afterward that the last-second caution in a race that had to end under green probably shouldn’t have been called. Even runner-up Denny Hamlin agreed to that, but was frustrated that Blaney wasn’t black-flagged after dropping his window net when initially thinking that Sunday night’s race was over.

Stephen Curry scored 31 points, Andrew Wiggins added 27 while posterizing Luka Doncic on a dunk and the Golden State Warriors beat the Dallas Mavericks 109-100 for a 3-0 lead in the Western Conference finals. The Warriors are within a victory of a return to the NBA Finals, three years after the end of a run of five consecutive trips that yielded three championships. The Warriors go for the sweep in Game 4 on Tuesday in Dallas. Doncic scored 40 points, 21 in the fourth with Dallas desperately trying to close the gap.

TAMPA, Fla. (AP) — Steven Stamkos scored two goals and Nikita Kucherov had a goal and three assists and the Tampa Bay Lightning beat the Florida Panthers 5-1 to move to the brink of another trip to the Eastern Conference final on Sunday.