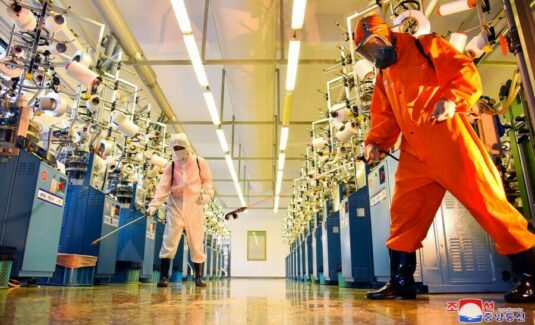 COVID-19 has finally managed to penetrate into North Korea — arguably the last country that was free from the infection. Though the official announcement was only made on May 12, the actual breakthrough happened in late April, authorities admit.

As of May 20, the authorities claim that 2.47 million North Koreans have contracted “fever” since late April. Of these, 1.77 million have allegedly recovered and 66 people died. A fast spread is what one would expect with the highly contagious omicron variant spreading in an unvaccinated population, but the claimed number of deaths in the DPRK appears dramatically underreported. In South Korea, 17.9 million COVID-19 cases have been discovered since the pandemic and this resulted in 23,855 deaths for a fatality rate of some 1.3%.