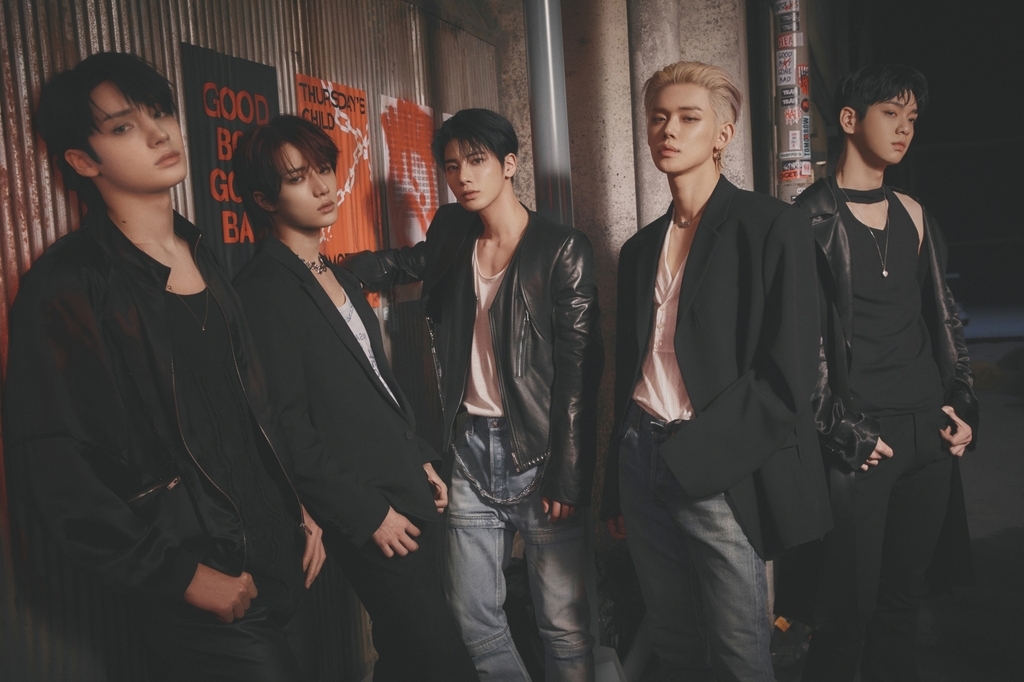 Tomorrow X Together entered Billboard 200 at No. 4 with its fourth EP “minisode 2: Thursday’s Child.”

The boy band “notched its highest-charting album yet,” said the publication on the website on Sunday in the US.

This is the band’s sixth time entering the chart. It also put two albums among top five on the chart back to back, label Big Hit Music said.

The EP is the first million-selling album for the band that debuted in 2019.

The quintet is preparing for its first international tour set for July.

Fromis_9 to return next month: report

Girl group fromis-9 will come back with a new album in late June, according to a local media report on Monday.

The band is likely to bring out an EP and its recent trip to Saipan, from which it returned on Sunday, was to shoot a music video. Baek Ji-heon, who has been taking a break since February due to anxiety issues, will rejoin. She was spotted at the airport returning to Seoul alongside her bandmates.

In the meantime, Jang Gyu-ri has been cast in drama “Cheer Up” that will start airing in the latter half of this year.

An Yu-jin teams up with Kim Yu-na

An Yu-jin of Ive will collaborate with figure skating legend Kim Yu-na, according to agency Starship Entertainment and Pepsi Korea on Monday.

In a teaser trailer for the 2022 Gatorade Campaign, the idol appeared in a fuchsia tweed jacket. She will sing with Kim as part of the promotion that brings together artists from different genres for new music.

An debuted as a member of Ive in December last year after her first group, IZ*ONE, disbanded. Ive carved out its own place among the next-generation girl groups, picking up a total of 21 trophies from television music chart shows with two singles — “Eleven” and “Love Dive.”

The six-member group took to the stage for a K-pop festival in Frankfurt, Germany, last week.

Tag of Golden Child will be taking a break due to health issues, announced agency Woollim Entertainment on Monday.

He has been feeling under the weather recently and was diagnosed with a liver condition. He has made significant recovery but will require more bed rest as per doctor’s recommendations, the company said.

The performer was hospitalized last week and a local media report claimed that he was in a critical condition and in need of a transplant, which the agency quickly denied.

He will be absent from the band’s activities for the time being, including its US tour — the first since its 2017 debut — that will start on June 24.