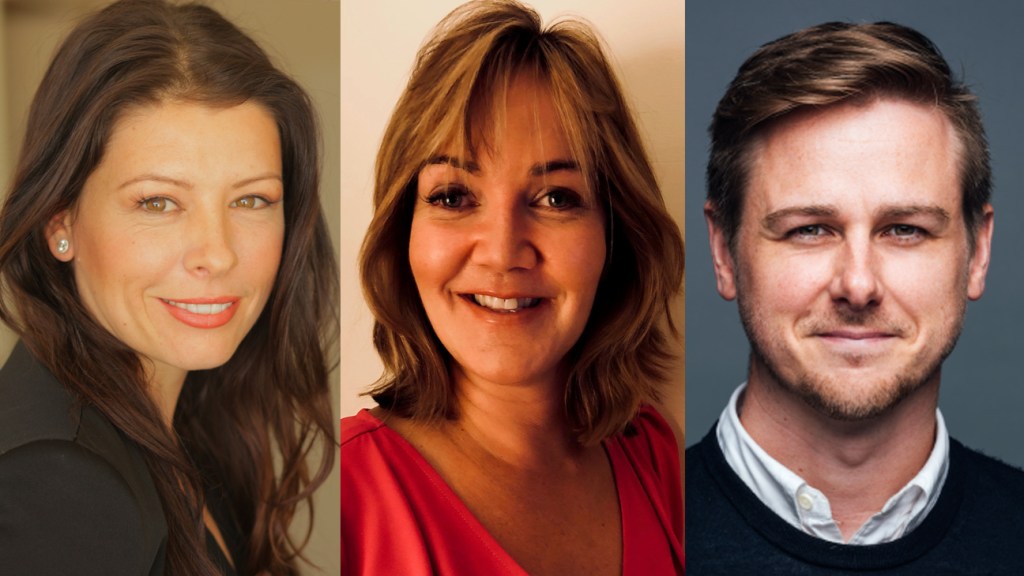 Highland Film Group (HFG) has struck a partnership deal with BuzzFeed Studios that will see them develop, produce, acquire and distribute three to five feature films per year in the $5 million-$12 million range.

Under the arrangement, BuzzFeed Studios will lead film production and creative, internally developing properties stemming from its IP, brands and audience data. All film will be released in the U.S. by HFG’s distribution arm The Avenue, with BuzzFeed Studios building marketing campaigns through its digital network. Highland Film Group will handle foreign distribution rights on select titles, and BuzzFeed will lean on its international editions to promote those titles locally.

The deal was negotiated by Highland Film Group CEO Arianne Fraser, JJ Caruth, president of domestic marketing and distribution for The Avenue, and Richard Alan Reid, head of studio at BuzzFeed Inc.

The first production under the new partnership is the rom-com Manville, directed by Lea Thompson, best known for playing Lorraine Baines-McFly in the Back to the Future films. Her directing credits include The Year of Spectacular Men, CBS’ Star Trek: Picard, Amblin Television’s Resident Alien and ABC’s The Goldbergs. Written by Delaney Buffett and Katie Corwin, the feature will be produced by Richard Alan Reid, Kia Jam and Dean Altit.

Manville tells the story of Alice, a selective woman who swipes left on her millionth potential match and receives an invitation to Manville: a matchmaking retreat guaranteed to end in marriage. But when she arrives, Alice realizes that nothing is really as it seems. The film is scheduled to start principal photography this fall.

Also included in the partnership is the romance One True Loves, targeted for release in the first quarter of 2023 and starring Simu Liu (Shang-Chi and The Legend of The Ten Rings), Phillipa Soo (Hamilton) and Luke Bracey (Baz Luhrman’s Elvis). The film is an adaptation of Taylor Jenkins Reid’s best-selling novel by the same name, directed by Andy Fickman (Playing With Fire, The Game Plan). The film is produced by Volition Media’s Adam Beasley and Michael Jefferson (Supercell, Sam & Kate), Willie Kutner (Sundown, Rebel Highway), Fickman (You Again), Betsy Sullenger (The Scouts Guide to the Zombie Apocalypse), Sarah Finn (WandaVision), Highland Film Group’s Fraser and R.U. Robot’s Petr Jákl.

In One True Loves, high school sweethearts Emma (Soo) and Jesse (Bracey) have built an exciting life together, traveling the world. But when Jesse disappears in a helicopter crash, a heartbroken Emma returns home to pick up the pieces of her life. After four years, Emma is newly engaged to her childhood best friend, Sam (Liu). However, when Emma suddenly learns that Jesse is alive, she is unexpectedly forced to choose between the husband she has long thought dead and the fiancé who has brought her back to life.

“This exciting new partnership with BuzzFeed Studios is a beautiful marriage of formidable marketing might plus savvy distribution, a true 50/50 partnership which we are certain will lead to box office gold,” said Caruth. “BuzzFeed Studios brings to this collaboration a much sought-after set of distinctive assets which can be tailored to enhance our marketing campaign.”

“We’re proud to team up with Highland Film Group to continue delighting audiences worldwide with more engaging, premium entertainment,” said Reid. “Through our partnership with Highland, BuzzFeed Studios will for the first-time extend its capabilities into global film sales and acquisitions.”