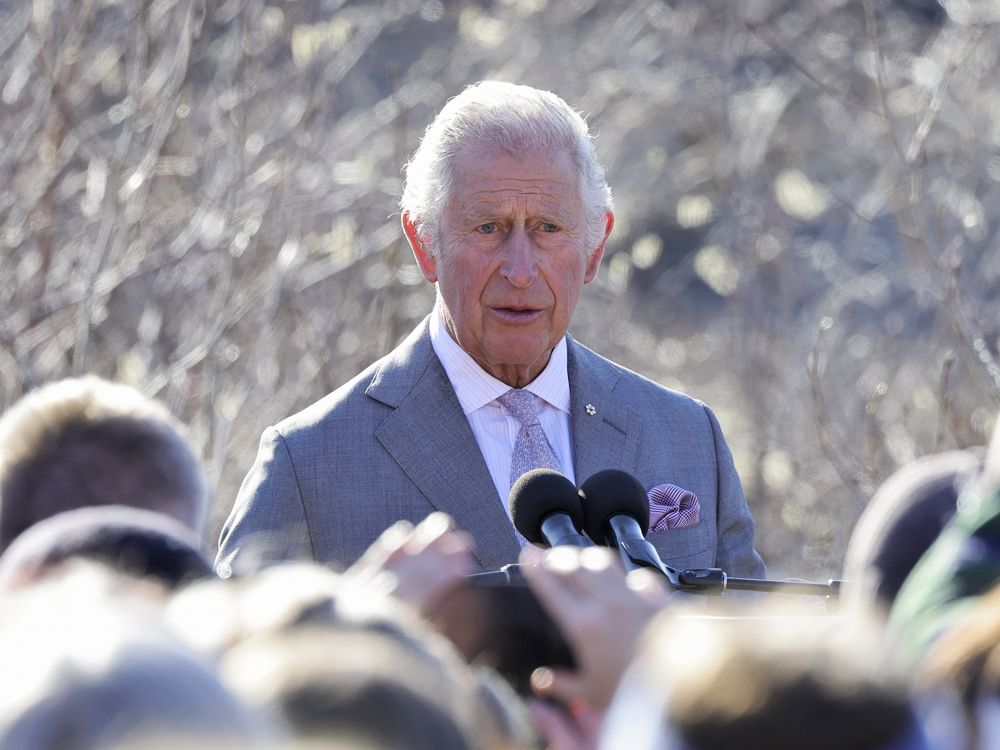 For a whirlwind three days this week, Prince Charles and Camilla visited Canada to celebrate the Platinum Jubilee of Queen Elizabeth II. It’s the 19th such visit to Canada by the 73-year-old heir to the throne. Below, the National Post’s Tristin Hopper took an imagined journey inside Charles’ head as he was politely shown around a country that expects to one day have his profile on their coins.

I had that dream again. I am a prisoner in some whimsically opulent penitentiary. Groaning tables of my favourite foods line an endless gilded hall. A grand stage provides me with eternal entertainments; plays, operas, great symphonies. But amidst all this splendour I know that I am not free.

My crime is never clear; whenever I ask my jailers what I have done wrong, they merely bow in deference.

They took me to Canada today. While moving through a crowd of people I saw a woman crying. The sight shocked me. “It’s okay,” I said, “there is really no reason to cry.” This only seemed to cause her to cry more.

But there were more of them … the crying people. At every new place to which I was taken I saw them: grown men and women losing their composure in my presence as if they were looking upon a son or daughter at their wedding day. I do not know any of these people, and they certainly don’t know me. I don’t even live here.

By day’s end someone had pinned a medal to my chest. I don’t know why.

It was while visiting a stable that I was once again consumed by the feeling I had been here before. I KNEW the clink of tack, the smell of a freshly brushed thoroughbred and the scarlet uniforms of the animals’ handlers. But are these my memories? Was I legitimately recollecting my own sensations, or was it the phantom consciousness of some past entity whose place I occupy … or some entity yet to come?

Am I me? Am I an individual whose conscious existence began with my birth and can eventually be expected to end? Or am I merely a vessel for some impelling force that I don’t fully understand? Will I be allowed to die?

One of the men in uniform nervously approached me and said “you may not remember this, but my father met you in …” – and then noise. It was then I must admit I assumed a kind of trance state; the man’s features appeared to blur as his voice became a distant and cacophonous echo. I waited until I believed him to be done, and then I smiled and nodded, causing him to cry like the others. Extraordinary.

I am often handed sheafs of paper and asked to read them aloud. It seems very important that I do so. When I read them poorly, there are pictures of me in the newspapers the next day, and it is made clear to me that this is bad. When I read them correctly, well … they cause people to cry.

Everyone is so eager to show me objects. Children show me flowers. Farmers show me produce. A soldier presented me his gun and asked that I handle it. Why would he do that?

I know that none of that was normal. I understand that police officers have duties that are far different than what is depicted in my presence; obviously law and order could not be kept if they merely spent all day standing at attention in ordered lines.

When I enter factories, all I ever see are workers standing quietly at their stations and clapping when I come into view. How can this be? I know that ordinary people live lives in which the enthusiastic waving of tiny flags is but a small fraction of their existence, but I never see it. I don’t doubt that they take me to places that are real, but I often wonder how I would know.