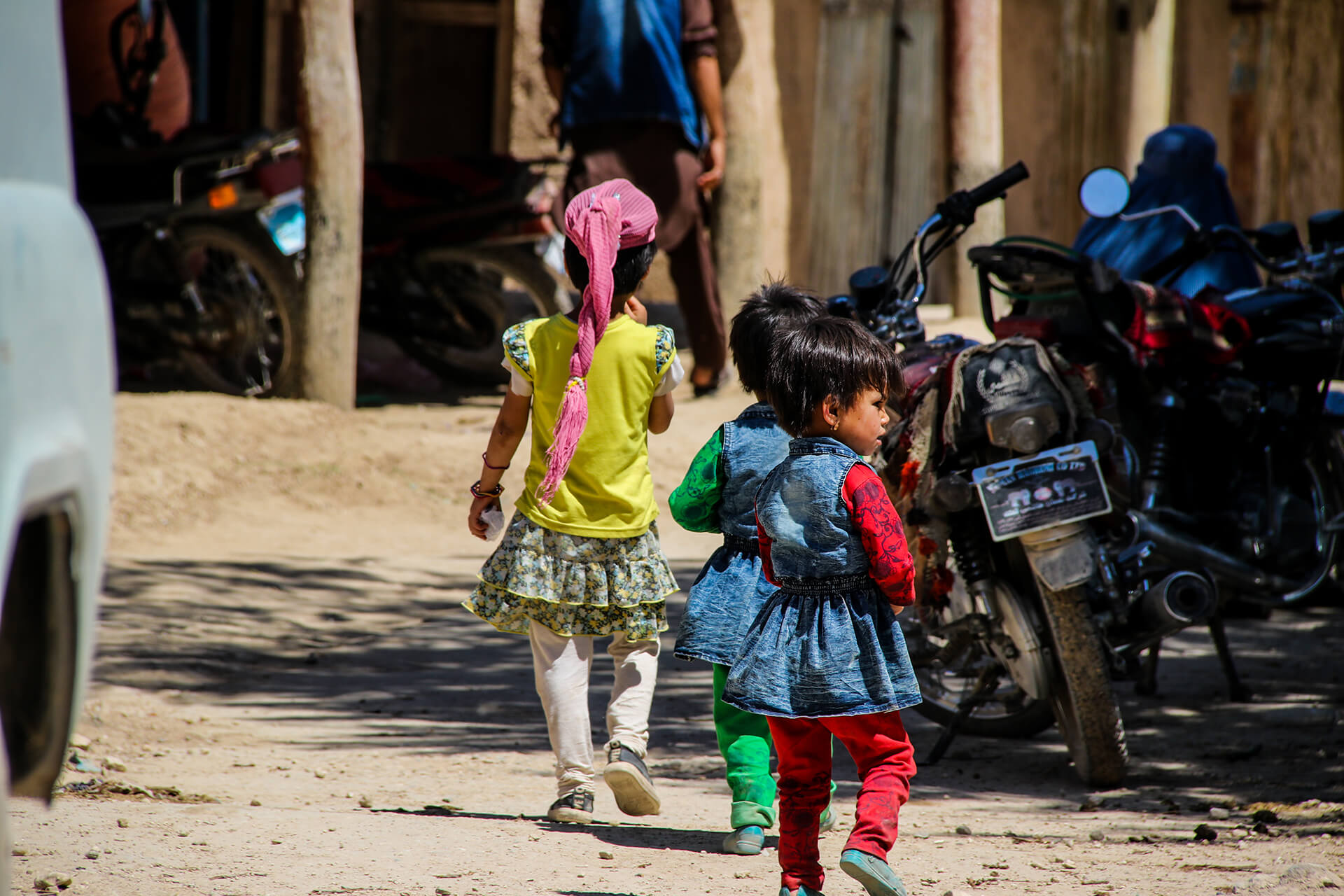 The world imagines the Taliban to be a monolith of bearded Islamic fundamentalists. However, much like Afghanistan and the rest of the region, the Taliban are deeply divided. There are two main factions: the Haqqanis and the Kandaharis. The former are led by Khalifa Sirajuddin Haqqani while the latter follow Amir al-Mu’minin-Mullah Haibatullah Akhundzada, the leader of the Kandahar faction of the Taliban.

In March 2022, the two leaders met for the first time in Kandahar, the traditional hub for the Taliban. Today, the Haqqanis and Kandaharis are jostling for pole position. Unknown to most outside Afghanistan, these two factions have irreconcilable political agendas rooted in two mutually exclusive interpretations of Islamic governance. Both timeworn interpretations have their fanatical adherents, which makes not only compromise but also dialogue difficult.

The Haqqanis see their leader as a caliph. Hence they have given him the title of khalifa. The Kandaharis refer to their boss as the leader of the faithful. Hence, he goes by the title amir al-mu’minin. This seemingly minor difference in their titles is a big deal. The Haqqanis are universalists who see their big boss as a potential, if not real, leader of all Muslims. The Kandaharis are satisfied with creating a pure Islamic emirate in their region and do not have pretensions to world domination.

What Is the Significance of the Haqqani-Kandahari Meeting?

The meeting in Kandahar revealed that the Taliban’s factional politics had reached the point of no return. Unable to agree upon sharing power, a civil war between the Taliban factions is inevitable. Both camps are powerful enough to challenge the other’s ambition of dominating the national scene completely.

Interestingly, as the group continues to disappoint its regional backers, the chances of a foreign mediator settling the Taliban’s internal division are slim. Last September, Pakistan’s chief of the Inter-Services Intelligence (ISI) agency traveled to Kabul to force Haqqanis and the Kandaharis to come to a power-sharing caretaker administration. Notably, the mediation of the ISI chief produced more division than harmony.

For now, it seems that the Taliban lacks political maturity and capacity to avert prolonged internal division. Given the structural and political differences of the caliphate and the emirate,  the future of Taliban governance depends on how the fight between the Kandahari and Haqqanis plays out.

What is an Emirate, What is a Caliphate and Why is it a Big Deal?

In Islamic political litreature amir al-mu’minin is a nominal title given to persons in command of particular aspects of Muslim affairs.  The caliph, however, is the title given to the Prophet’s successors. This leader is in control of the Islamic ummah’s political structure.

The amir al-mu’minin was first used to refer to the second Islamic caliph, Omar ibn al-Khattab. Prophet Mohammad’s successor and first caliph, Abu Bakr As-Siddiq, was not called amir al-mu’minin. The term caliph, khalifa in Arabic, is used to describe someone who is authorized by the majority of the Muslims as the successor of the Prophet and the four rightly guided caliphs: Abu Bakr, Omar, Othman, and Ali. Many Muslims believe that the administratiive and governance model in Medina under the first four successors of Prophet Mohammad, known as the Rashidun caliphs, put  Islam on the path to greatness and purity.

Historically, restoring the caliphate gained momentum among various Islamic movements in the early 20th century following the collapse of the Ottoman Empire. In retrospect,  the nostalgia for reestablishing the caliphate emerged in response to political decay and civilizational degeneration in the Islamic world. Like any other Islamic religious concept, the difference between the amir and the caliph dates back to early periods of Islam.

Since the collapse of the Durrani Empire and the emergence of the modern state of Afghanistan in the late 19th century, Pashtun tribal leaders and the monarchs have titled themselves as amirs. Amir Dost Mohammad Khan (1826–63), Amir Shir Ali Khan (1863 to 1879) and Amir Abdul Rahman Khan (1880–1901) are three famous examples.

Since the caliphate has a universal political and ideological implication, none of the rulers of Afghanistan dared to call themselves khalifa because the title would have implied being in charge of Muslim affairs across the Islamic world.When the Ottomans were around, this claim would have been challenged because the sultans in Istanbul were regarded as the rightful caliphs. In recent years, Saudi Arabia saw itself as the rightful leader of the Sunni Muslim world and Afghanistan’s leaders shied away from taking their patrons on.

What Lies Ahead for the Taliban?

According to Islamic historical references, the caliphate is a dynastic governing entity. The Haqqanis are aware of the historical connotations and political implications of calling their leader the khalifa or the caliph. In the Emirate of the Kandahari Taliban, power and leadership can be passed from one individual to another who satisfies their specifications. The Haqqanis do not meet them.

Given the history of rivalry between southern and eastern tribes of Afghanistan’s Pashtuns, the Haqqanis would never become amir al-mu’minins. The Kandahari Taliban rightly consider themselves as the founders of the emirate, leaving the Haqqanis with no option but to go rogue, declare a caliphate and claim the leadership of Islamic ummah.

As the Haqqanis consolidate power in Kabul, the structural and organizational distinctions between emirate and caliphate are useful to understand how the two factions of the Taliban will conduct themselves in Afghanistan, the region, and the world. They also help anticipate the different threats the world faces from various factions of the Taliban.

The Kandahari-led Taliban are orthodox Hanafi Muslims with a tribal mentality whose ultimate aim is to establish an Islamic state in Afghanistan, dominated and governed by Pashtuns. The Haqqani group, on the other hand, follow a  transnational jihadist ideology. Its ultimate aim is to unify all Islamic movements under a single Islamic caliphate, a goal previously pursued by the Islamic State of Iraq and the Levant under Abu Bakr al-Baghdadi.

The Haqqanis’ aspiration of establishing a caliphate is based on the resources and network they built during the anti-Soviet jihad project. Their base lies in the largely ungoverned territories on both sides of the Afghanistan-Pakistan border. While the Haqqanis maintained symbiotic relations with the Kandahari Taliban throughout the so-called “Global War on Terror,” they used this time to build and deepen relationships with other Islamic militant groups in South Asia. Since the Haqqanis are in a position of power, the support they command in the region provides them with a comparative advantage vis-à-vis the Kandahari-led Taliban.

The pace at which Haqqanis are consolidating their power in Afghanistan makes it a matter of time before they become the dominant faction within the Taliban. Once that mission is accomplished, the Haqqanis will establish the Islamic Caliphate by Afghanistan as the capital and become the patron of all terrorist organizations worldwide. If history can tell us anything, any form of a Taliban-led and dominated government in Afghanistan threatens regional and global peace, and a caliphate led by the Haqqanis even more so.

(This article was edited by Contributing Editor Tabish Forugh.)