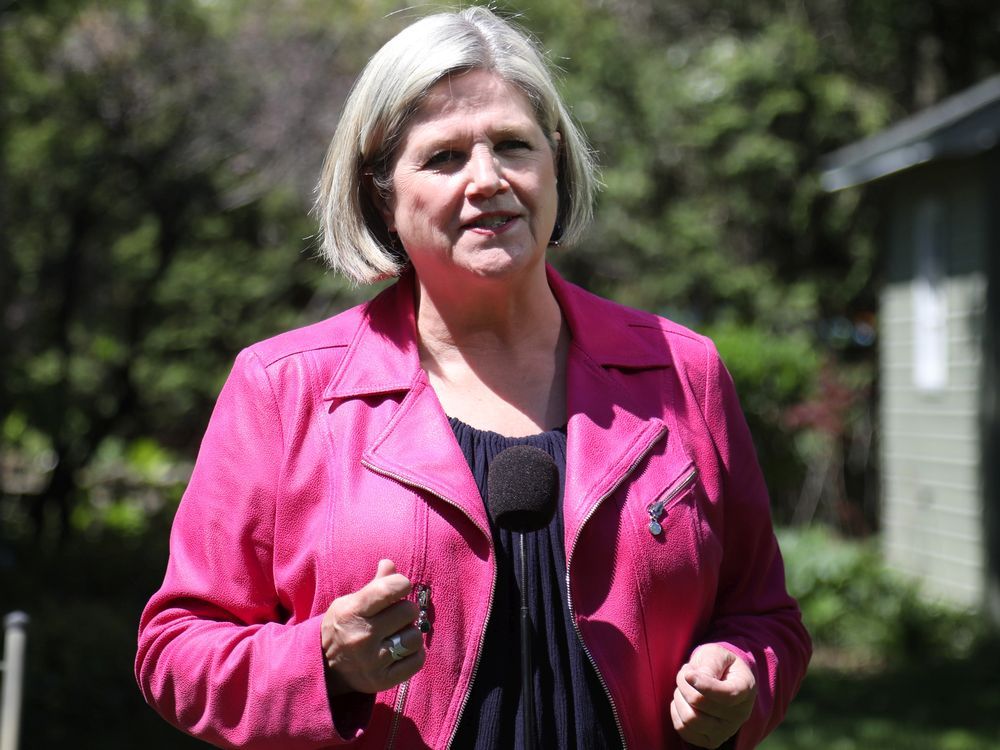 NDP Leader Andrea Horwath says she doesn’t have the information she needs to decide if the $2.8-billion Civic Hospital project on the Central Experimental Farm should be reconsidered.

“I would have to sit down with the local community and the leadership that is pressing forward with the project now,” Horwath said Wednesday in Ottawa.

“I think it is local community that should be driving these projects. Unlike Mr. Ford, I’m not hamfisted in that regard. I don’t come in and decide for a community what their priorities are or where their infrastructure goes.”

The NDP’s sole incumbent in Ottawa, Joel Harden in the riding of Ottawa Centre, has suggested that the fight over the location of the hospital isn’t over. The current Civic Hospital and the development site are in Ottawa Centre.

The site decision for the new Civic happened in 2016 when the Ontario Liberals were in power. The location is controversial because the National Capital Commission had determined Tunney’s Pasture was the best spot for a new health centre, but The Ottawa Hospital rejected it and the two senior levels of government, with Mayor Jim Watson bringing everyone to the table, helped the hospital land the current development site on a chunk of the Experimental Farm.

Since then, and through the transition of power to the Progressive Conservatives at Queen’s Park in 2018, the new Civic has remained on track, with $2.1 billion in provincial funding earmarked for the project. Much of the remaining money is expected to come from a $500-million fundraising campaign and, if city council agrees next year, a $150-million contribution from Ottawa’s municipal government.

The hospital has already started site preparation for the facility, whose first phase will be a parkade.

Horwath made a campaign stop at a home in the Fisher Heights community, in the riding of Ottawa West-Nepean, to promote her party’s pharmacare plan.

The NDP has had trouble convincing people outside of the central riding to send its candidates to Queen’s Park.

“Sometimes people have a habit of how they vote. That’s why we see back and forth, back and forth, Liberal and Conservative, and sometimes it takes a bit of a spark to make people realize there’s another option out there,” Horwath said.

Harden might be “a bit of that spark,” Horwath said.

The NDP’s candidate in Ottawa West-Nepean is Chandra Pasma, who lost by only 175 votes to Progressive Conservative Jeremy Roberts in 2018.

Pasma said she believes the results of the last election will serve as a stepping stone to her victory in the June 2 Ontario election.

“Because of last time, people have the confidence to vote NDP this time because they know I can win,” Pasma said. “They know I’m the strategic choice to defeat Doug Ford’s candidate and people are excited and enthusiastic to vote NDP.”

Pasma said the the top provincial issues that she’s hearing about from voters are health care and the cost of living.

For most of the 2000s, Ottawa West-Nepean has had a Liberal representative in the provincial legislature, a streak that ended with Roberts’ win in 2018.

Pasma said she’s not concerned that voters in the riding will revert back to the Liberals, who are represented in this campaign by Sam Bhalesar, if they’re seeking another change in government.

“We’ve been out knocking on doors for a year now and we are seeing and hearing the enthusiasm for the NDP,” Pasma said.