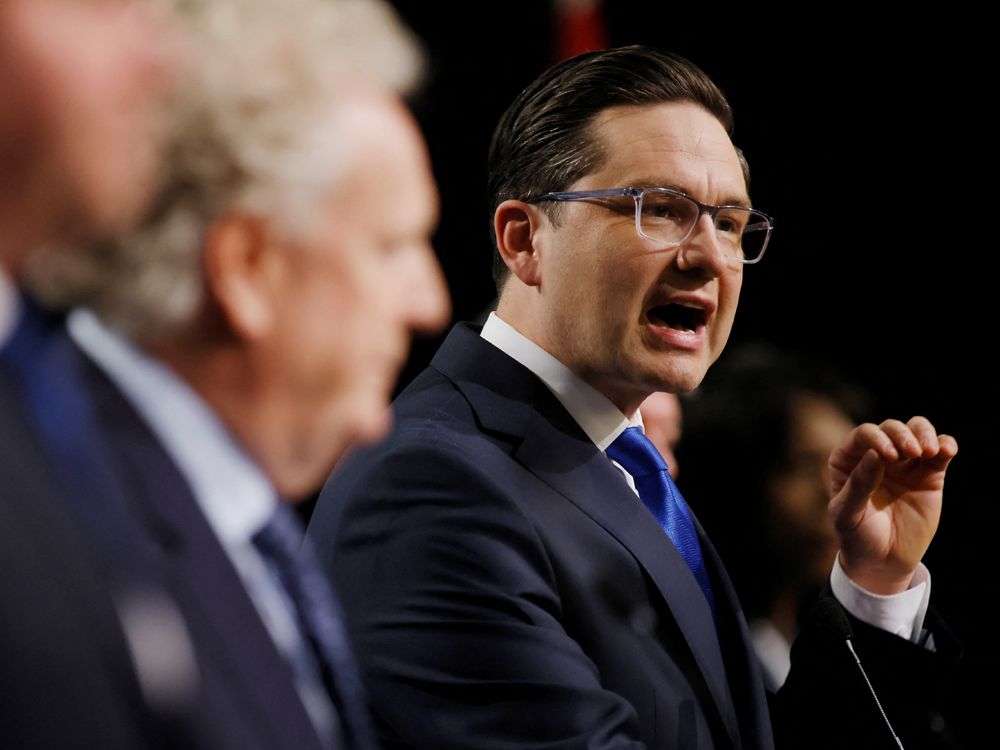 Despite calls to keep the tone civil, expect more heated attacks between the main Conservative leadership contenders during their first official debate in Edmonton.

Sources have indicated to the National Post that Ottawa-area MP Pierre Poilievre, perceived as the front-runner in the race to become the next leader, will not be pulling his punches.

“We understand that being the frontrunner puts a big fat target on your back and you can’t take anything for granted. We’re not resting on our laurels. We’re not assuming that it’s in the bag. We know that this is going to be a fight till the very end and we’re treating it as such,” said a source in the Poilievre campaign that was not authorized to comment on the strategy publicly.

“Pierre Poilievre hasn’t changed since 2004 and I don’t expect him to. That’s why I support him,” said another source involved in the campaign. “He’s consistent. When he goes after people, it’s on their ideas. He goes after them on their track record.”

Conservatives got a sense of the line of attacks drawn by five out of six candidates last week at an unofficial debate hosted by the Canada Strong and Free Network in the nation’s capital. Mayor of Brampton Patrick Brown chose not to attend to focus on his membership sales.

Poilievre went after former Quebec premier Jean Charest’s record and called him a “Liberal” multiple times — an attack, according to Poilievre’s team, that was related to the policies Charest implemented and not his political affiliation, as there was no other federalist coalition in Quebec other than the Liberal Party of Quebec at the time he left Ottawa to join it.

Charest, whose team had mentioned beforehand that he would be taking the high road during the debate, had to change course and went after Poilievre for having supported “illegal blockades” during the trucker convoy earlier this year. Charest was booed by the crowd.

A source in Charest’s team admitted that they had been caught a bit “off guard” by the intensity of the anger and personal attacks coming from Poilievre last week, but said they knew that the former premier could fight back even after nearly a decade outside of the political sphere.

“Nobody in their right mind is going to stand on the stage and have their credibility eviscerated and not come to their own defence,” said the source.

Last week’s event was so heated that longtime Conservatives — notably former Reform Party leader Preston Manning and Alberta premier Jason Kenney, who were both present in person — said they were concerned about the tone of the debates during this leadership race and that they feared for the party’s unity after the new leader is elected, whomever it may be.

Charest’s team is hoping that the party’s first official debate on Wednesday night will focus mostly on policy and give a chance to debate ideas — not personalities. Topics that are expected to be discussed include energy, the environment, cost of living, law and order and the North.

But expect a different dynamic now that Brown will be on the stage. It will be the first time that Poilievre and him will be face to face throwing punches at each other. Until now, these attacks mostly happened via social media, press releases or in emails sent to supporters.

Two weeks ago, Ontario MP Marilyn Gladu sent an email to Poilievre’s supporters alleging that “Patrick Brown has a history of lying about … well … almost everything.” On Tuesday, Brown’s campaign sent out an email to its supporters hoping that none of them “took Pierre Poilievre’s wacky investment advice” on cryptocurrencies like Bitcoin.

When asked about Brown’s intentions for the first debate, a source close to him would not discuss strategy, but said Brown will make it clear what are the stakes in this race.

“We believe strongly that Pierre Poilievre, despite being a fine Conservative MP, is unelectable as leader of our party — and we have an obligation to members and to all Canadians to demonstrate that,” said the source.