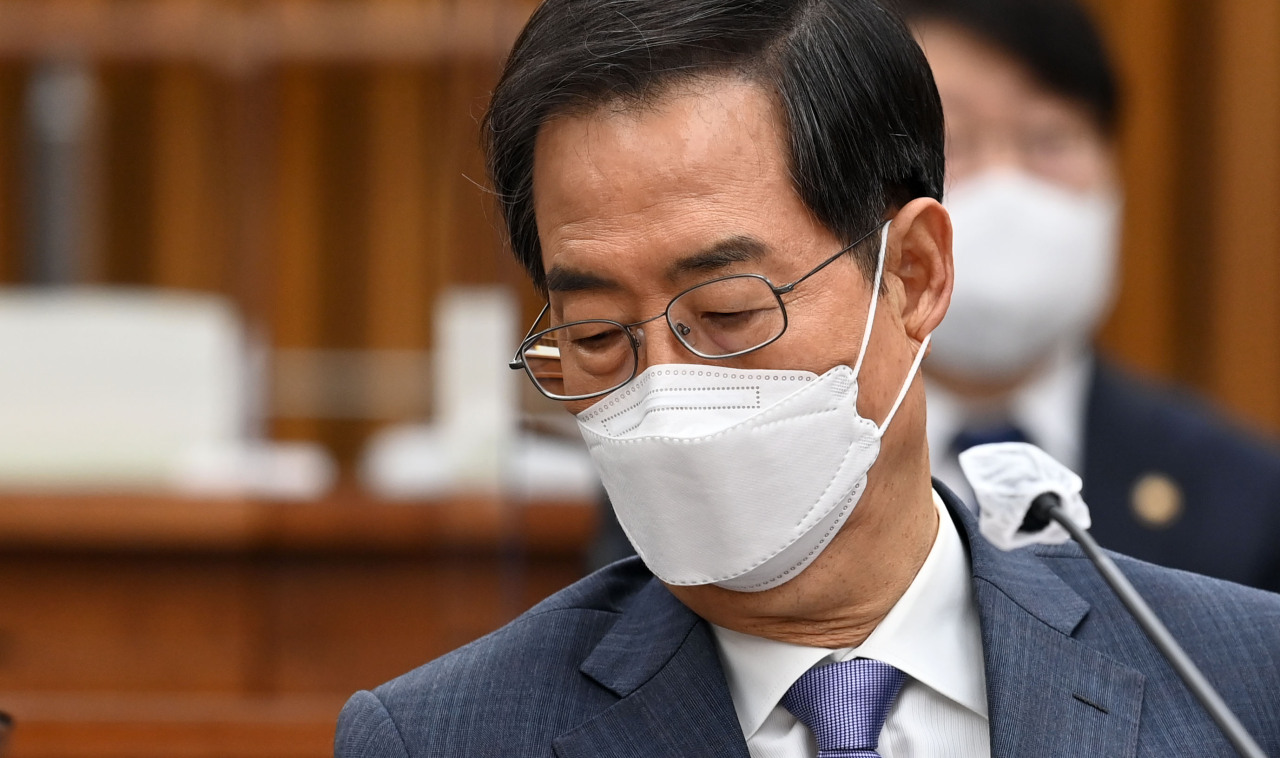 Prime Minister and Foreign Minister nominees were besieged by ruling party lawmakers over personal and family allegations at a confirmation hearing.

Prime Minister nominee Han Duck-soo, whose confirmation hearing resumed Monday after a rescheduling following a boycott by the Democratic Party of Korea, responded head-on to the allegations he faced.

Lawmakers of the Democratic Party and the Justice Party bombarded him with questions about whether it was appropriate for him to work at the major law firm Kim & Chang after retiring from public service, calling it a “revolving door” situation.

“From the public’s perspective, it is a bit regrettable,” he said. But Han denied his wrongdoing, saying he did not call or ask junior government officials or colleagues for favors.

Suspicions were also raised that Han made statements in favor of American private equity firm Lone Star during an international investment dispute between the Korean government and Lone Star in 2014.

At the time, Han said Korean society had too much negative sentiment against foreign capital, and there is a problem with the parliamentary and media being overly nationalistic.

Han explained that he did not directly make the remarks, but Lone Star used what he said in another place arbitrarily without context.

On the same day, Foreign Minister nominee Park Jin was also bombarded with questions from ruling party lawmakers over allegations related to his son at a confirmation hearing.

The lawmakers besieged Park with questions related to Nsus Group, where his son worked until recently, saying the company is an illegal gambling site operator.

Rep. Kim Kyung-hyeop of the Democratic Party said, “(At Nsus Group’s operating websites) people bet on cash and play poker. They built a server in Canada because it was illegal (in Korea),” voicing the need for an investigation by authorities.

He said it is a bigger problem for Park to defend and protect the issue, demanding an accurate explanation and apology.

Rep. Kim Young-ho of the Democratic Party also claimed that Nsus Group’s affiliates are located in tax havens such as the Virgin Islands, Isle of Man and Malta, saying, “Many people do not know the reality, but just looking at this part, they cannot help but have doubts.”

Park said, “Whether it is true or not, it is my fault, as issues related to my family have been raised and are controversial.” But he repeatedly stressed that Nsus Group is a legal Canada-based company which develops game software platforms, and that his son was only a computer system administrator.

When Rep. Kim Ki-hyun of the People Power Party asked about his position on the deployment of tactical nuclear weapons, Park replied, “The most important task for peace on the Korean Peninsula is to enhance the ability to deter (North Korea’s missile) expansion through close cooperation of the South Korea-US alliance.”

He added, “The best way, for now, is to maintain the South Korea-US combined defense against North Korea’s provocations and threats.”