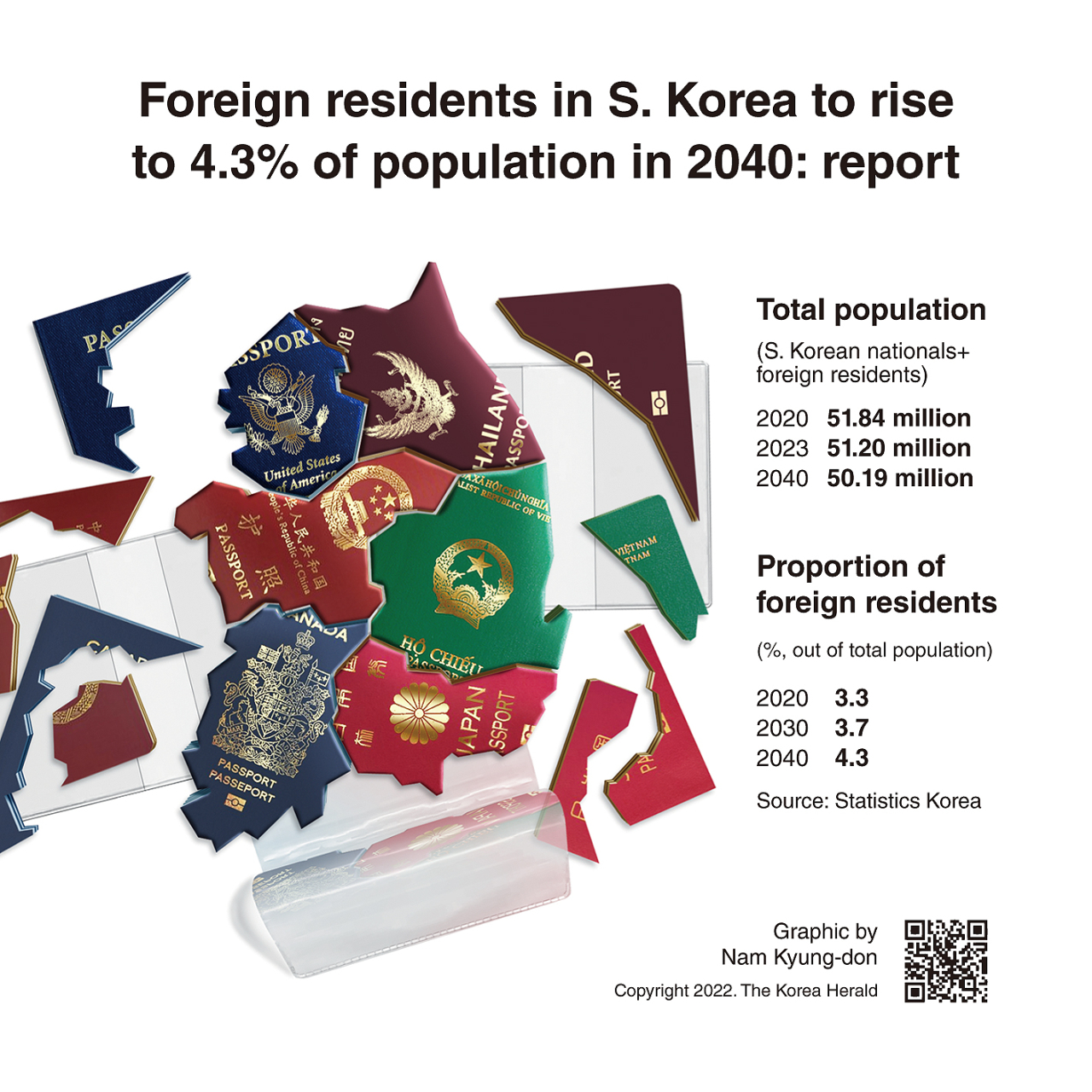 South Korea’s total population has started to decline amid low childbirths, but the number of foreigners here is forecast to continue to increase to make up of 4.3 percent of the population in 2040, a report showed.

After peaking at 51.84 million in 2020, the country’s total population started to decline in 2021 and will likely further fall to 50.19 million in 2040, according to the report from Statistics Korea.

Despite a fall in Korean nationals, the number of foreigners who reside here for three months or longer will likely continue to increase on the back of sustained inflows of incoming foreigners.

The number of such foreigners came to 1.7 million in 2020, accounting for 3.3 percent of the total population. Their proportion is expected to hit 4 percent in 2035 and further rise to 4.3 percent 5 years later. (Yonhap)