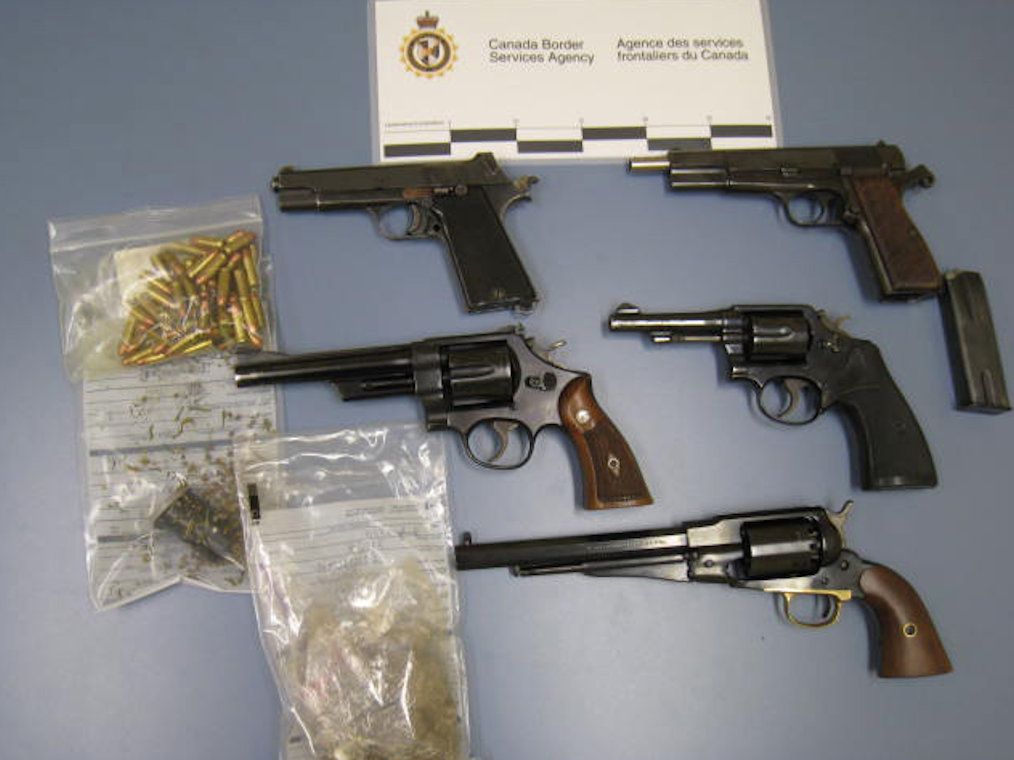 With Liberal officials now openly mulling the idea of a nationwide ban on handguns, they are simultaneously pursuing reforms that would slacken the penalties for cross-border gun-smugglers.

And according to police in Canada’s most violence-afflicted cities, it’s these smuggled guns that are a far deadlier problem for Canada than the legal ones have ever been.

Starting in 2018, the Trudeau government began examining the possibility of a “full ban on handguns and assault weapons in Canada.” So far, this has only yielded proposals to allow cities to ban handguns at the municipal level — a measure that, while welcomed in the likes of Toronto and Montreal, has been vocally opposed in Alberta.

This week, senior sources quoted by the National Post’s John Ivison said that a total handgun ban remains a “last resort” in the result that more localized bans don’t take.

Meanwhile, the House of Commons is still considering Bill C-5, an act that would repeal a host of mandatory minimum penalties, including those for smuggling firearms.

Bill C-5 was drafted to address what it called “systemic racism in Canada’s criminal justice system.” By reducing the amount of prison time for criminal offences, reads a backgrounder, the idea is to reduce the “overincarceration rate of Indigenous peoples” as well as for other “marginalized Canadians.”

Fulfilling our campaign commitment to re-introduce former Bill C-22 within the first 100 days, today @DavidLametti tabled Bill C-5 – an important step in addressing systemic racism and the overincarceration of Indigenous peoples and Black Canadians in the criminal justice system. https://t.co/DZNil1NWGr

While the bill would reduce prison time for non-violent offences such as drug trafficking or selling black market tobacco, it also repeals the minimum sentences for more than a dozen violent crimes ranging from aggravated sexual assault with a firearm and “hostage taking, use of a firearm.” Four of the bill’s repeals also relate to the gun-smuggling trade, including the charge of “weapons trafficking.”

Nevertheless, it’s smuggled guns that seem to be comprising an ever-growing share of handguns used in crimes.

In February, Toronto Police Deputy Chief Myron Demkiw told the House of Commons public safety committee that of the crime guns his department has been able to trace, 86 per cent were illegal firearms smuggled in from the United States.

When asked about federal efforts to curb Canadian legal gun ownership through buyback programs, Denkiw replied that it “is certainly not going to deal with the crime problem we’re facing in Toronto, as it relates to the use of criminal handguns.”

As far back as 2008, a report by the Province of British Columbia similarly found that the “vast majority” of guns being used illegally in their province originated in the United States.

A 2021 investigation by CityTV outlined just how easy it was to get illegal guns into Ontario from the neighbouring U.S. states of Michigan or New York. Moving firearms into the Greater Toronto area could be as simple as throwing a bag over a border fence to be retrieved later. Illegal firearms were also moved through cross-border First Nations reserves and via secret compartments in private cars — some of which were not even known to the car’s owners.

With vanishingly few exceptions, legal handguns exist in Canada only as antiques or sporting equipment. Any firearm with a barrel shorter than 470 mm cannot be used for hunting, which means that pistols (or “restricted” firearms) occupy a particularly strict realm of Canadian law.

While an unloaded long gun can be kept in the trunk of a vehicle or even legally carried in most jurisdictions, restricted firearms can only really be kept in a safe, at a certified range — or in a vehicle driving between one of those two places.

The federal government is soon set to begin its official inquiry into Prime Minister Justin Trudeau’s unprecedented invocation of the Emergencies Act in order to clear anti-mandate blockades in February. For those hoping for answers on why Ottawa needed to temporarily suspend civil liberties merely to clear a relatively conventional mass-protest, it’s looking like the inquiry will be neatly dodging any uncomfortable findings for the government by only probing the actions of protesters, and not the official response.

Meanwhile, criticisms have also befallen Canada’s only other active federally sponsored inquiry. The Mass Casualty Commission, an inquiry into the April 2020 mass shooting that killed 22 people in rural Nova Scotia, has been plagued by accusations of mismanagement or bias, particularly after a raft of evidentiary documents mysteriously disappeared from the commission’s official website.

As soaring real estate prices continue to solidify Canada’s standing as one of the world’s most unaffordable places to buy a home, a new Ipsos poll has found that among Canadians who don’t already own a home, 63 per cent of them have already abandoned all hope of ever owning one. The poll comes the same week as a Bloomberg report finding that the average price of a Canadian home is now double that of the average prices of a home in the United States.