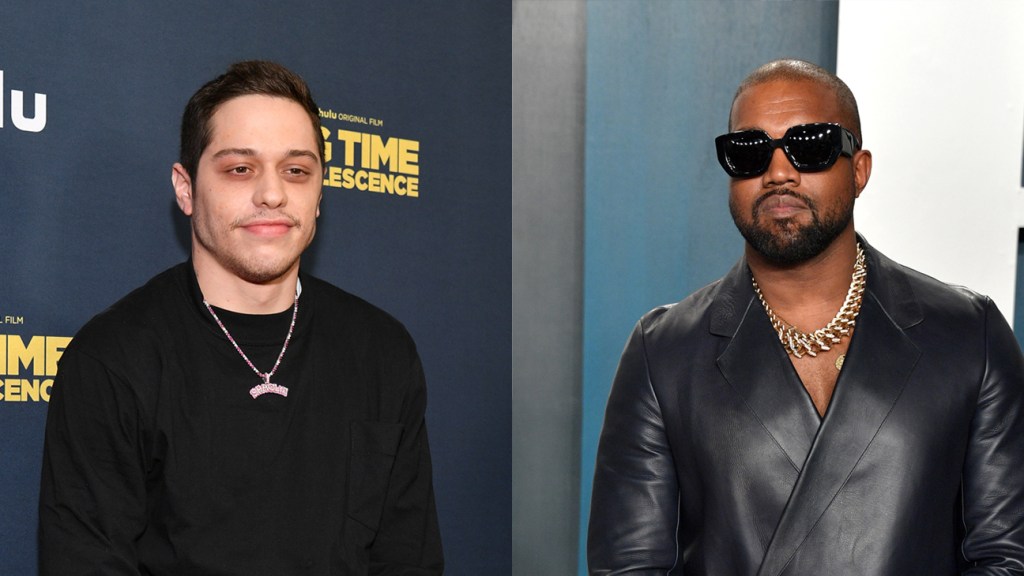 Pete Davidson made his first public comments about being harassed by Kanye “Ye” West at this weekend’s Netflix Is A Joke Festival, where he headlined two stand-up shows that were also being recorded for the streamer.

Doing back-to-back sets for his “Pete Davidson and Best Friends” shows at Los Angeles’ Fonda Theatre on Friday, the comedian opened by remarking what a weird year he had had so far, quipping it started with an AIDS scare.

There were allegations earlier this year that West was trying to spread a rumor that Davidson had the condition. The Saturday Night Live star came under very public fire from the rapper after Davidson began a relationship with West’s ex-wife Kim Kardashian, with West harassing Davidson daily on Instagram and referencing him in song “Eazy” — which in the video for, the rapper decapitates a claymation version of Davidson.

Davidson joked he went to the doctor to be tested for AIDS after West’s accusation, since he was “a genius,” but was told he did not have it, just that he looked like he did. He made several other nods at West’s comments throughout the set, including that none of his friends or fellow comedians knew how to give him any advice to deal with the attacks and just wished him luck; he then remembered going to a basketball game in December 2021 with Chris Rock and Jon Stewart, and how much had changed since then. “Chris got slapped, I got decapitated,” he teased, warning Stewart to watch his back.

Davidson also noted how people had asked him if he was upset with friend Jack Harlow for collaborating on music with West, to which the comedian said he was not, but would be if another friend like Bill Burr went to West’s Sunday Service. He also joked that he hoped West would pull a Mrs. Doubtfire and show up one day disguised as a housekeeper in his ex-wife’ home. Davidson did not mention Kardashian throughout the set, and after performing brought up friends Giulio Gallarotti, Neko White, Carly Aquilino, Joey Gay, Derek Gaines, Jordan Rock and Dave Sirus for their own sets, and introduced Machine Gun Kelly to close out the evening.

The Saturday Night Live star remarked the Friday show was only his third time on stage in three years; he made similar West-focused comments as a special guest at Dave Chappelle’s Hollywood Bowl show on Thursday, and on Sunday he is set to host Netflix comedy event “The Hall: Honoring the Greats of Stand-up” after making his red carpet debut with Kardashian on Saturday at the White House Correspondents’ Dinner.