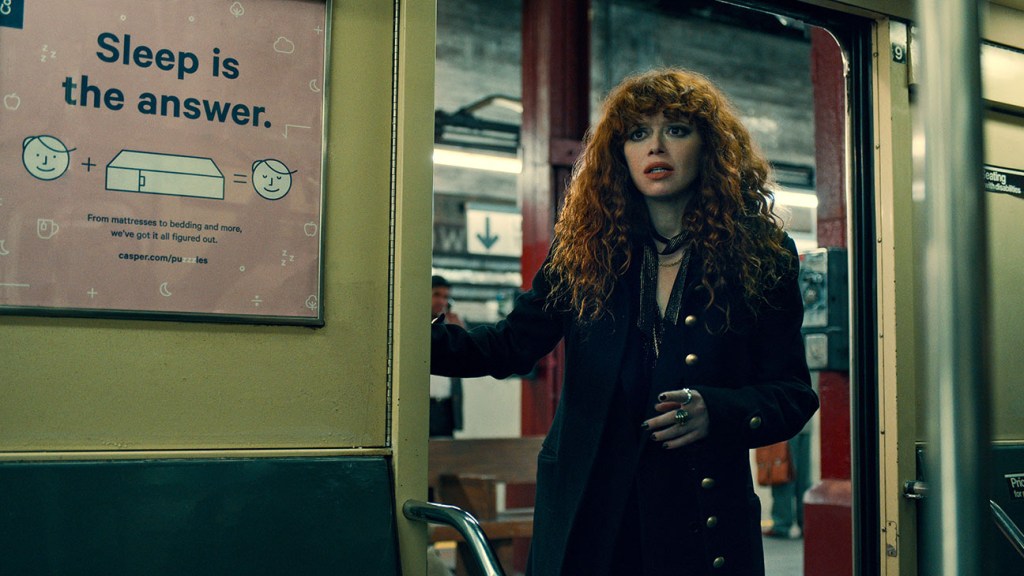 The New York City subway plays such a key role in the second season of Netflix’s Russian Doll that Natasha Lyonne and her co-creators had to find a perfect voice for the MTA. In this season’s time-travel romp (the 6 train serves as a portal to the past), only keen-eared viewers will ID the train’s dispatcher as Rosie O’Donnell.

“I remember [Russian Doll co-creator] Amy Poehler had said we should definitely get an iconic New York voice to do this, and Rosie is terrific. We did play with changing her voice at different points. She’s just so damn good,” says Lyonne, who wrote, directed, executive produced and served as showrunner in the return of the sci-fi gem, which sets her starring character on excursions to the past in attempts to alter her upbringing.

The season, which filmed in New York City and Budapest, spent so much time in the subway that the cast and crew even took field trips into the tunnels and safety training classes with MTA authorities. Lyonne and O’Donnell, who never appears onscreen, have been friends ever since co-starring in the 2008 Nora Ephron play Love, Loss and What I Wore.

“We did that play for months and months together, and that’s where we became friends. We would also have a poker game with Tyne Daly. We stayed in touch ever since.”

And it’s because of that shorthand that Lyonne, who was running a COVID-era production, could record O’Donnell’s lines via voice memos. “She was so generous just texting me so many options constantly. Whenever I changed the line, even down in the mix, she would do it all and she’s so funny,” she says.

Christy Piña contributed to this story.

A version of this story first appeared in the April 27 issue of The Hollywood Reporter magazine. Click here to subscribe.