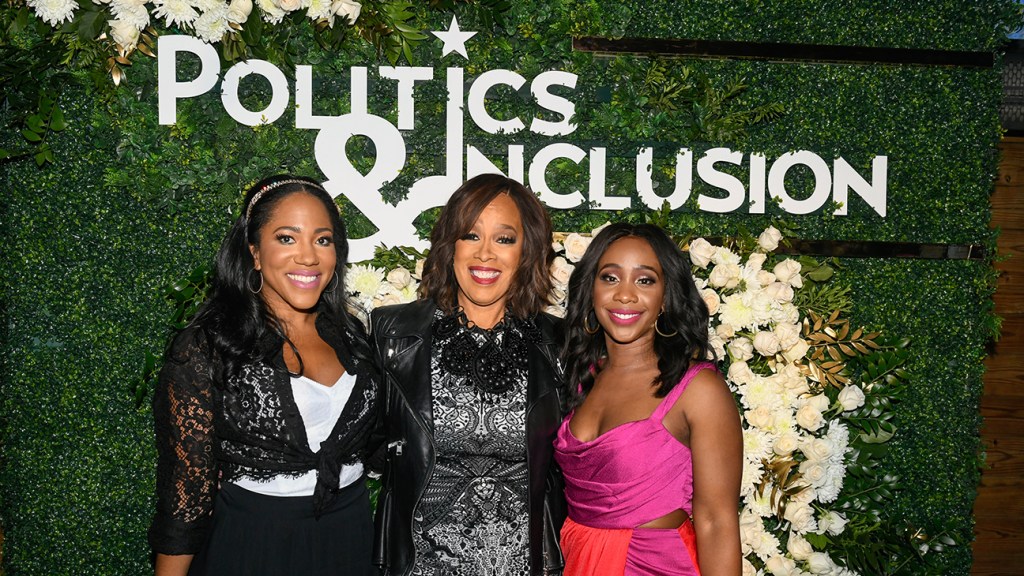 The vibrant evening at Masseria in Washington felt like a gathering of old friends — journalists representing major news organizations celebrating diverse voices in politics and media.

The first of what’s planned to be an annual Politics & Inclusion event came on the eve of the White House Correspondents’ Dinner and included CBS Mornings co-host Gayle King, CNN’s Don Lemon and Jim Acosta and The View’s Ana Navarro.

“It shows that the path continues. Sometimes you’re standing on the shoulders of people you don’t even know,” King said of the private dinner Friday night. The following day, at the correspondents’ dinner, King shared the stories of Alice Dunnigan and Ethel Payne, the first two Black women in the White House press corps who were posthumously honored with the first-ever White House Correspondents’ Association lifetime achievement award.

“I’m so happy and so proud that we’re in the age we’re in now, where an event like this can happen,” Lemon said. “For such a long time, it was just me and two other people. Some of the older folks like me and Gayle, we’ve been fighting within our organizations to make sure there is more diversity and inclusion, and it’s paying off.”

This weekend also marked the first Correspondents’ Dinner of the Biden administration.

“It wasn’t that long ago that seeing people of color on your TV screen, reporting the news, was not common. So we’re here to celebrate each other,” said Navarro. “The Trump years were a four-year nightmare against the press, but particularly against people of color in the press. Like Gloria Gaynor says, ‘We have survived.’”

Two years into the COVID pandemic, the virus was still top of mind for many, especially after more than 70 people tested positive following the Gridiron Club press dinner in Washington last month. The Politics & Inclusion dinner required guests to be vaccinated and proof of a negative COVID test. “I’m nervous,” King confessed, “but not nervous enough to stay home.”

Mentorship was another theme of the gathering, as Phillip was intentional about inviting both newer faces and more experienced journalists. “I really wanted that to foster mentorship, to help encourage people to stick with it and keep going. We want to acknowledge how far we’ve come, but also there’s a lot more to do.”

“I’m a big believer in mentorship, but I’m an even bigger believer in sponsorship,” added MSNBC anchor Menendez. “While advice is really helpful, it is those moments of connections and the opportunities you make for someone else that actually propel a person’s career forward. The more that we are in positions of power, the more we can create those opportunities for others.”