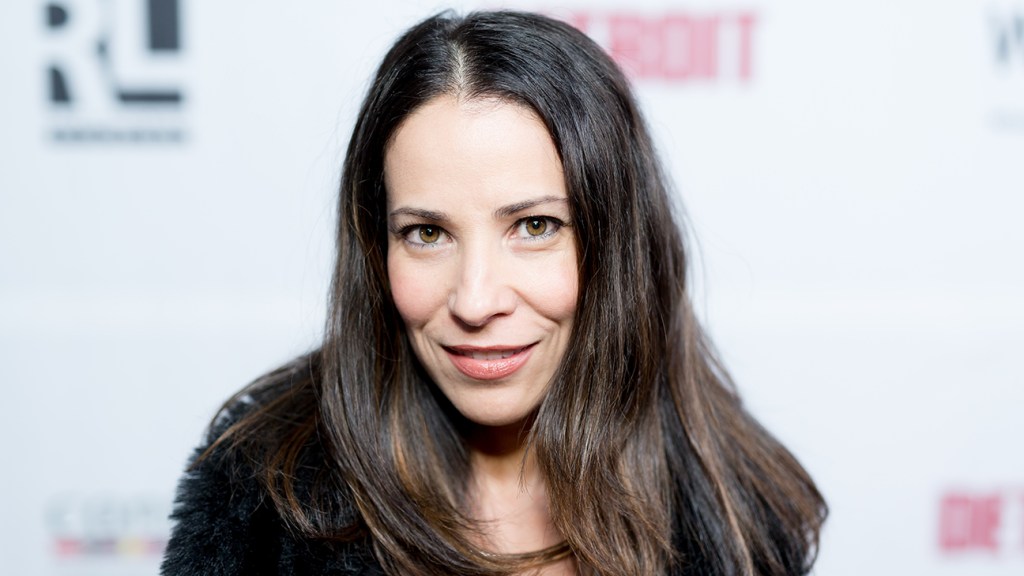 Jossara Jinaro, an actress and producer who starred in ER and Passions, has died at 48.

The TV and film star died from cancer on Wednesday, her husband Matt Bogado announced in a statement posted to Facebook. She passed away at her home surrounded by family.

“Jossara was an amazing wife, mother, artist, and friend. She had the most beautiful, kind soul and wouldn’t take no for an answer. Even in her last moments, she was still fighting,” Bogado wrote. “She is now resting in peace and will be remembered forever. Myself, Liam, and Emrys will miss her so deeply, although we know she is in our hearts and guiding us every step of the way.”

Jinaro was born in Rio de Janeiro, Brazil and grew up in Columbia before moving to the U.S. with her family. She left home at 16 and in the years that followed, worked to pursue her dreams as a performer in theater, TV and film.

The actress, whose on-screen career began with an appearance in the 1998 TV crime drama Reyes y Rey, starred in a recurring role as Courtney Messina, the daughter of Cheech Marin’s Ignacio Messina on Judging Amy. The actress also had a guest appearance on NBC’s hit medical drama ER, opposite Simon Baker on Smith and as Detective Rios in TNT’s The Closer before getting a series regular role as Virginia Bustos on the Telemundo comedy ¡Viva Vegas!.

She would go on to star in the daytime soap Passions between 2002 and 2007 as Rae, a club owner who falls in love with one of daytime’s first LGBTQ characters, Black lesbian Simone Russell. For her work in the role, Jinaro was nominated for a 2006 GLAAD award. In 2013, she would appear in Hulu’s Emmy-nominated drama East Los High, which followed Latino teens growing up in East Los Angeles. Jinaro had a multi-episode arc the series as Reina, a sex worker with an alcohol addiction, who attempts to save her relationship with her daughter.

Other notable TV work includes roles on Strong Medicine, Doctor Who: Alternate Empire, Without a Trace, The Young and the Restless and Animal Kingdom.

On the big screen, Jinaro appeared in Rob Zombie’s gory slasher Devil’s Rejects as Maria, a housekeeping attendant who has a number of bloody run-ins with the film’s main characters. She served as a producer on the 2016 film Love Sanchez, in which she also starred, about an independent, successful woman who buys her first house and soon after finds herself falling in love with a music producer.

Jinaro also did voice work for the 2021 Loud House movie, Birds of Prey, Marvel’s Runaways, Happy Feet Two and Coco. Her numerous stage credits, many of which were earned during her time as a member of Chicago’s theater community, include Velma in Chicago at Columbia Mainstage and as Rene in the American Conservatory Theatre’s production of Dark Rapture.

As a member of the Screen Actor’s Guild, Jinaro served on the EEOC and Latino subcommittee, chairing the committee responsible for the first SAG study “Missing in Action, Latinos in and out of Hollywood,” which was released in conjunction with the Thomas Rivera Institute.

A public memorial in the Bay Area for Jinaro will be announced at a later date.