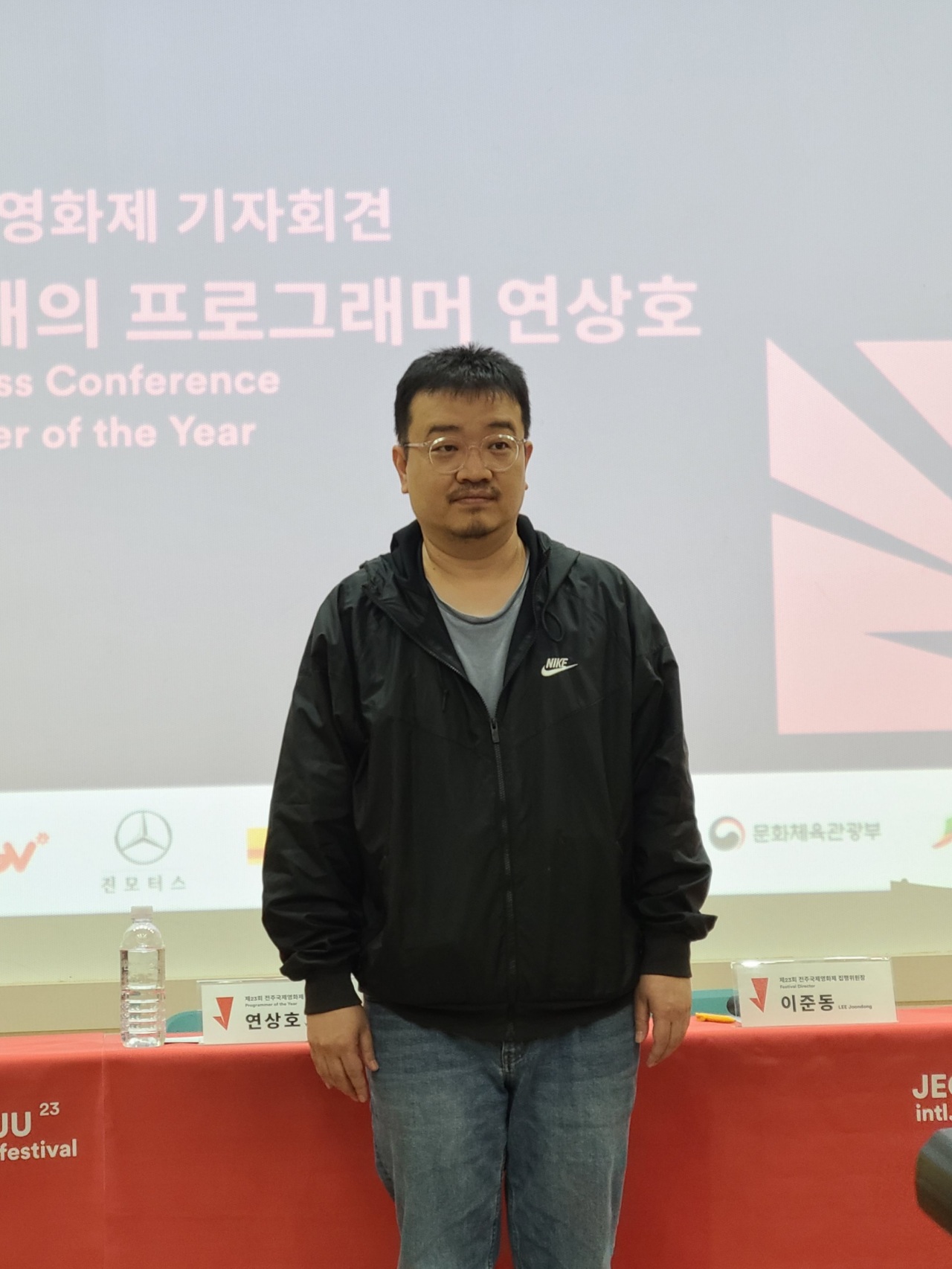 “I remember watching ‘Dead Man’ directed by Jim Jarmusch when I was a freshman or sophomore in university. It was a special screening. I watched it with my friend. I used to live in Mapo back then, and we watched the movie in Gangnam. From the theater, we walked home while talking about the movie that we watched. It was so memorable,” Yeon said during a press conference for a special section held at Jeonju Jungbu Vision Center in Jeonju, North Jeolla Province on Sunday. “So, for Jeonju International Film Festival, I wanted to select films that audiences can talk about after watching them.”

“J Special: Programmer of the Year” was newly established last year. For the section, a special programmer who has a deep understanding of movies and the film festival in Jeonju is selected annually to introduce a number of films, including two of his own works, according to the Jeonju IFF organizer.

Yeon selected five films — “Blue Velvet” directed by David Lynch, “Cure” directed by Kiyoshi Kurosawa and “Missing” directed by Shinzo Katayama. He also selected two of his own films, “Train to Busan” and the animated film “The King of Pigs.”

“I am a huge fan of director David Lynch. His debut film ‘Eraserhead’ was a must-see film when I was a university freshman. I first found out about his work from the movie magazine ‘Kino,’” Yeon said. “I recently watched his ‘Blue Velvet’ again. It was strange when I was young and I felt like it still is a strange film that inspired me a lot. The current generation may not know the film well, so I was curious to see how the movie lovers nowadays will see it.”

The director said he is excited to meet the director of “Cure” in Jeonju and have a talk session with him after the screening.

“I did not get a lot of chances to watch films in theaters during the COVID-19 pandemic. But I made the time to go watch Kurosawa’s film ‘Wife of a Spy’ in a theater with my wife,” he said. “I want to talk about the filmmaking environment in Japan with him. Korea and Japan have similar environments but are also very different. Also, if possible, I want to ask him about his next project.”

Yeon explained that he watched “Missing” by Katayama after becoming the Japanese director’s Facebook friend.

“I found out that ‘Missing’ was being screened at the Busan International Film Festival, so I tried watching it there, but could not because I had to film ‘Hellbound.’ The director (Katayama) sent me a link for the movie via Facebook so I could enjoy it,” Yeon said. “The film has the mood of Kiyoshi Kurosawa and Bong Joon-ho’s films, as well as Shohei Imamura’s ‘Vengeance Is Mine.’”

Yeon also talked about why he selected two of his own films, the global hit “Train to Busan” and the animated film “The King of Pigs.”

“I think it is fresh to watch these two films together. The Yeon Sang-ho who directed ‘The King of Pigs’ 10 years ago, did not imagine that he would direct films like ‘Train to Busan,’ which is a film that is very frequently aired during national holidays. So I thought it would be interesting to compare them,” he said.