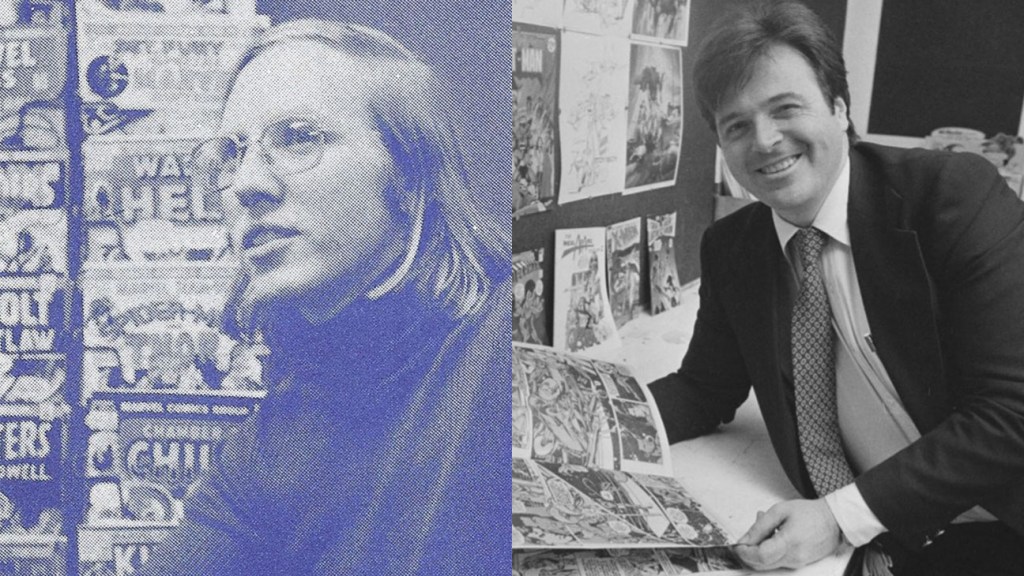 Neal Adams’ death stunned the comic book world Friday, causing an outpouring of emotional from fans, both young and old. That included many comic professionals and filmmakers who worked with Adams or were influenced by the 80-year old icon.

Artists such as DC publisher Jim Lee, painter Alex Ross, one-time mentee Bill Sienkiewicz and filmmaker Guillermo del Toro took to Twitter to pay tribute to the man who helmed bring Batman out of the kiddie comics world and the comedy stylings of the Adam West TV series to the dark and brooding and gothic tones that persist to this day.

Another person feeling shock and sadness is Roy Thomas, the man who took the reins of Marvel Comics in the early 1970s after Stan Lee handed him the mantle of editor-in-chief. But prior to that, Thomas spent several years writing and steering many Marvel titles.

It was when he took over writing chores on the low-selling X-Men comic that he first worked with Neal Adams. Their collaboration lasted only nine issue, nos. 56-63, plus no. 65, and was too late to save the book from being effectively canceled. But it left an impact and is considered an artistic achievement. The team, which included inker Tom Palmer, even won the best writer, best pencil artist and best inking artist Alley Awards in 1969, the recognition being a precursor to today’s Eisner Awards.

In the early 1970s, Thomas, Adams and Palmer worked together for parts of an extended storyline in The Avengers known as “The Kree-Skrull War.”

In recent years, Adams and Thomas quarreled over their recollection and exact contribution to their now classic stories, but as Thomas says in a post pinned on Facebook, Adams to him will always be warmly remembered as a friend and a master artist.

I was profoundly saddened today to learn that my longtime colleague Neal Adams had passed away. The news, alas, did not come as much of a surprise as it might have at one time. He was, after all, less than a year younger than I myself am… and I had belatedly learned of his near-death from sepsis last year.

Neal was one of the handful of great comic book artists to come out of the 1960s… or, it could well be argued, out of any decade. His work first on Deadman and the Spectre, soon on Batman, the X-Men, the Avengers, and the Inhumans at DC and Marvel expanded the range of what could be expected in comic art, as he combined the flourish of such action kings as Jack Kirby with the more realistic approach of such masters as Reed Crandall and others. Realism, romanticism, dynamic… Neal had a full quiver, that never went empty of new arrows to amaze and astound us.

Working with him off and on for several years in the late 1960s through the mid-1970s, I found him both an inspiration (in terms of talent) and a challenge (in terms of deadlines) to work with. We often had problems, we occasionally “had words,” but I think we always had respect for each other. One evening in late 1972, when I was at a low point in my personal life, my first wife having walked out earlier that day, I mentioned my situation to Neal in a phone call (I forget which of us called the other), and he was there 15 or so minutes later by cab, giving me friendship and comfort that I’ve always remembered and appreciated, even though the darker days that came between us only two or three years ago.

Even after our exchange of increasingly hostile comments in the quasi-public sphere, amazingly, we retained a certain respect for each other, not just as professionals but as persons. We last encountered each other, in passing, at a premiere showing of “Avengers: Endgame” in New York City, one entering and one leaving the restroom. And despite the recent angry words, each of us said a polite hello to the other… and both of us were sincere in those sentiments.  Some things—lots of things, actually—are bigger than comic books and the nebulous credits therefor. And I like to think that Neal’s and my relationship was one of those things.

He’ll be missed, sure. How could he not be? He was, after all, a bit bigger than life, almost a force of nature. However, in another sense, it will be hard to miss him—because he’ll still be here, his artwork reprinted endlessly and deservedly, his influence radiating out directly and indirectly to affect new generations. He knew that, I believe, and so I cannot but believe that he went to his end a fulfilled man. None of us can ask for more out of life.

Sometime, doubtless, I’ll write at more length about Neal. But this isn’t that time. This is a time to reflect on the greatness of the man as artist and presence.