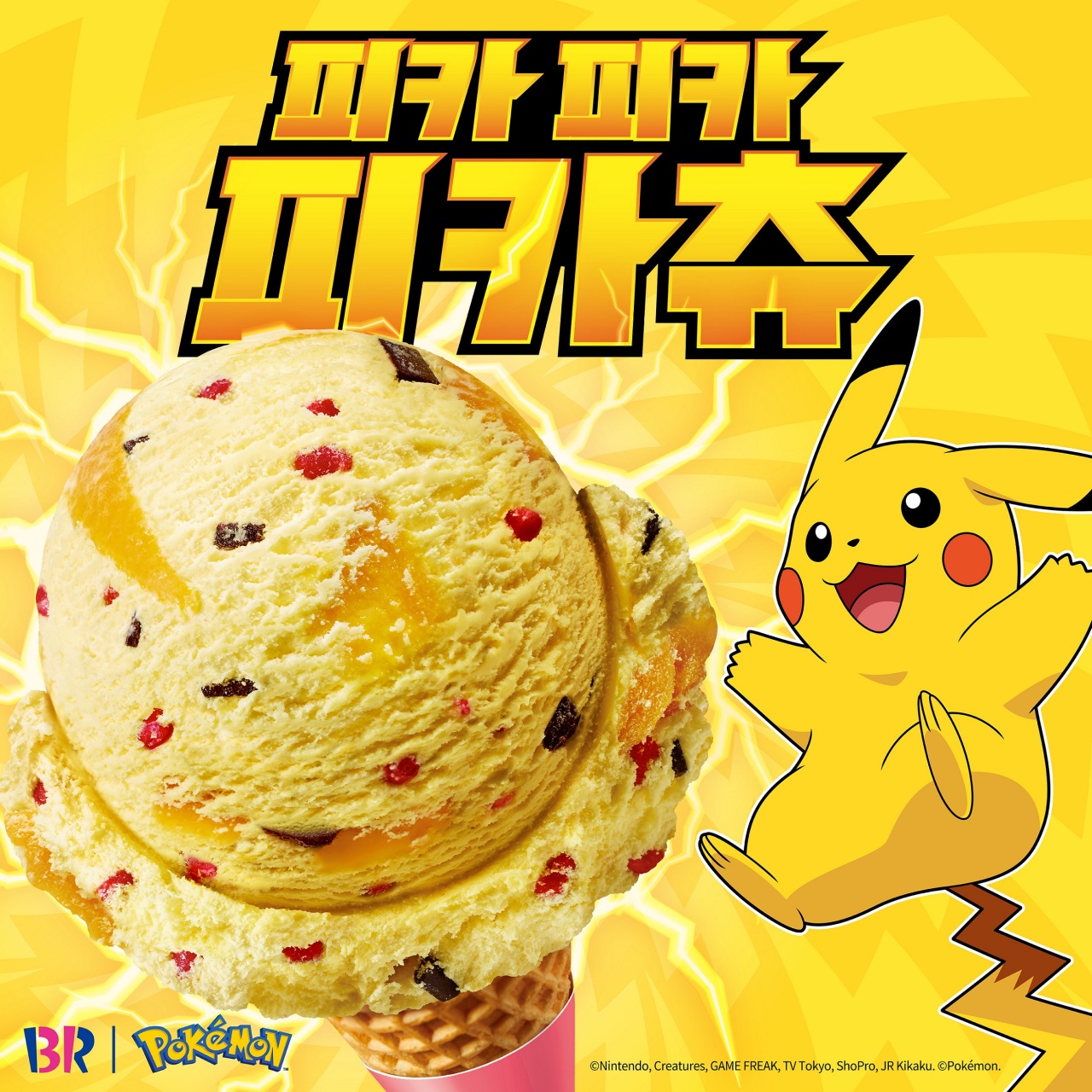 South Korean food company SPC Group said Thursday that it will be adding Pokemon themed items to the menu at its donut and ice cream franchises.

Baskin Robbins said it will launch two new flavors — Pika Pika Pikachu and Come out! Squirtle — in May.

Pika Pika Pikachu is a banana flavored ice cream with chocolate flakes, popping candies and a custard ribbon, while Come out! Squirtle is a soda and lemon ice cream mix. Customers can enjoy the ice cream in Pokemon themed cones, said BR Korea.

The ice cream franchise has also introduced Pokemon themed cakes and drinks. The cakes are served in reusable Pokeball containers and include one random Pokemon figurine. The drinks will be served with Pokemon shaped ice.

These include Hungry Snorlax, Pikachu Yellow-ring, Ghastly Choco-ring, and Monsterball. The former three doughnuts are available for purchase nationwide while the limited edition Pokeball-shaped doughnuts can only be found at certain locations, said BR Korea officials.

SPC Samlip’s Pokemon bread, which launched in February, started a craze for Pokemon merchandise across the country. The explosive demand for nostalgia-provoking products has overflowed into other industries, with Samsung introducing its own Pokemon-themed smartphone package which sold out five minutes after it was released.