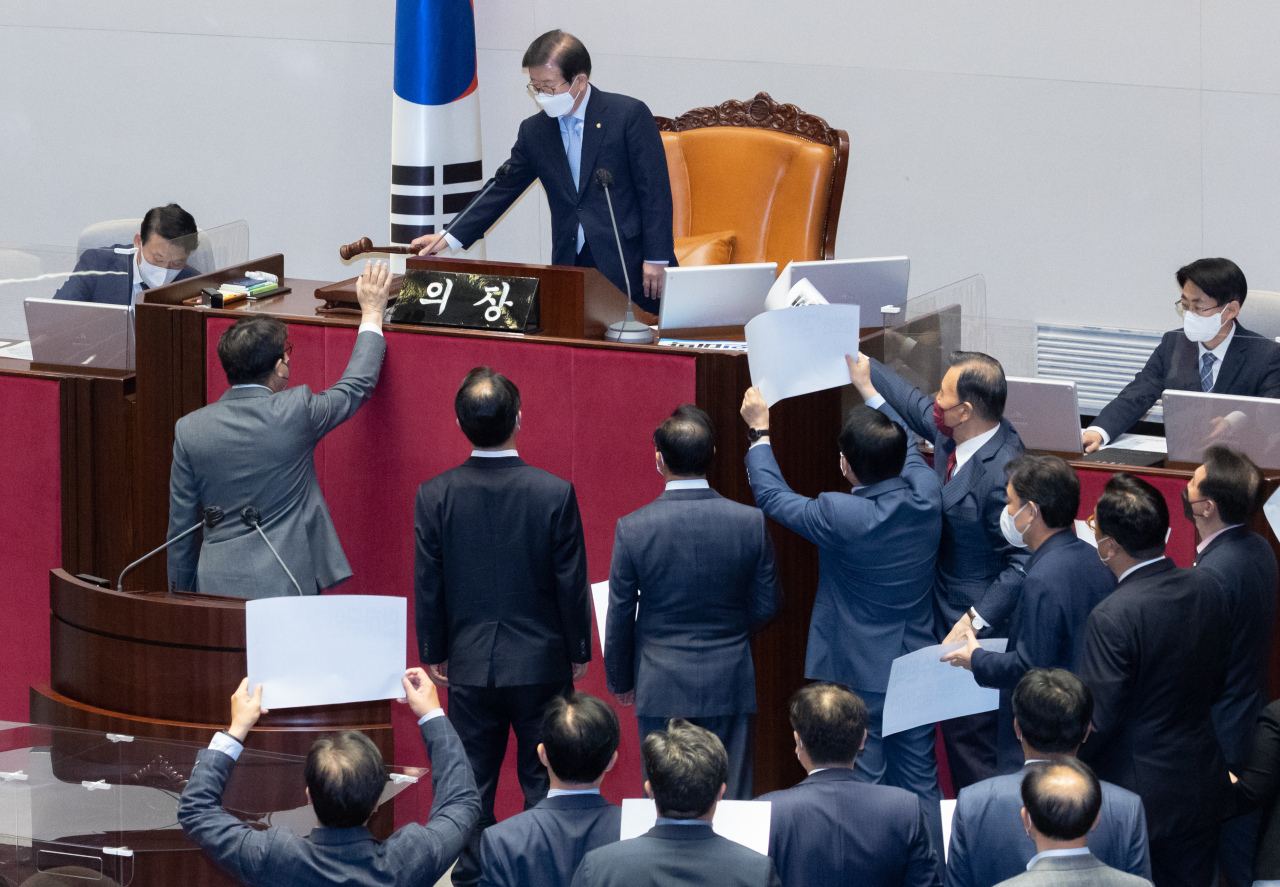 The ruling party-dominated National Assembly on Saturday passed one of two controversial bills on prosecution reform amid strong protest from the main opposition party, heralding bipartisan standoff down the road.

For the past weeks, the Democratic Party (DP) has vowed to pass the two bills on prosecution reform which would immediately deprive the prosecution of all investigative powers.

Early this week, the ruling party railroaded the legislation through the judiciary committee and said it would pass the bills at the plenary session “without fail.” The DP holds 171 out of 300 seats, compared with the main opposition People Power Party (PPP)’s 110 seats.

The two parties reached a compromise on the bills, a breakthrough between the rival parties that had sparred fiercely for weeks over the DP’s headlong push for legislation.

But the PPP backtracked on the deal after it drew unexpectedly strong criticism from the public that lawmakers colluded to shield themselves from prosecution investigations, as the agreement calls for excluding crimes related to elections and public officials from prosecution probes.

The ruling party claimed that the PPP broke its promise when it demanded a review of the compromise deal.

President-elect Yoon Suk-yeol, a former top prosecutor who is set to take office on May 10, earlier voiced concerns about the bills, calling for the entire political community to reflect deeply on what is right in order to defend the Constitution and protect the people.

The prosecution has lambasted the reform bills and said it was reviewing an option to file a constitutional suit and seek a court injunction to suspend them if they are passed in a plenary parliamentary session. (Yonhap)