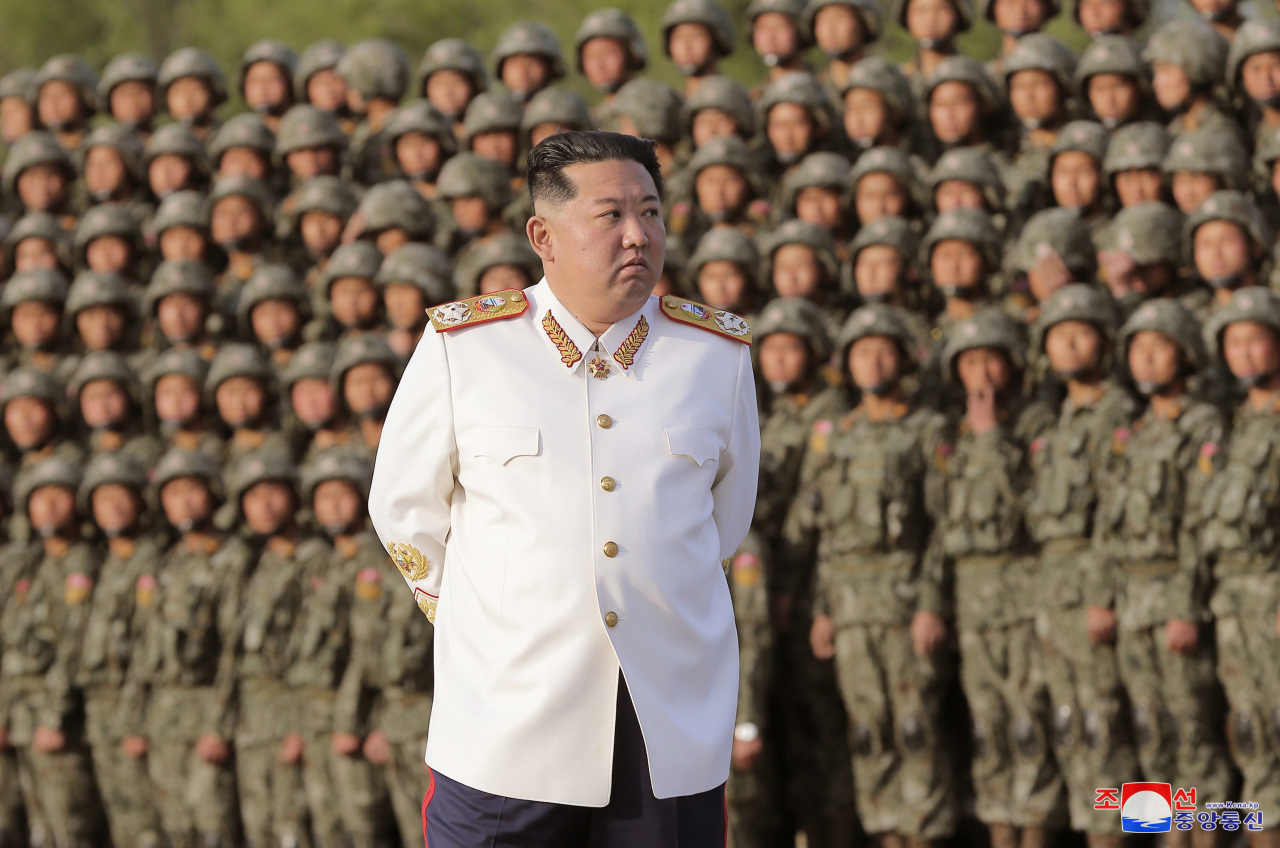 Kim was quoted as calling on his military commanders to maintain the “absolute superiority” of the armed forces and constantly develop in order to “preemptively and thoroughly contain and frustrate all dangerous attempts and threatening moves, including ever-escalating nuclear threats from hostile forces, if necessary.”

He emphasized that the “tremendous offensive power and the overwhelming military muscle” that can’t be beaten is the “lifeline” for security guarantee in the current world where a force clashes with another fiercely and strength is needed to preserve “dignity, rights and interests,” the KCNA added.

Kim also called on the military leaders to “boldly open up a new stage of development” of the armed forces during the meeting held at the office building of the Workers’ Party of Korea (WPK) Central Committee in Pyongyang.

He then had a photo session with them including Pak Jong-chon, vice-chairman of the Central Military Commission of the WPK, and Defense Minister Ri Yong-gil.

The KCNA did not specify the date of the event. However, it usually carries reports on Kim’s public activities a day later.

The parade was held in the North’s capital Monday to celebrate the 90th founding anniversary of the Korean People’s Revolutionary Army (KPRA), during which strategic weapons including the

At the parade, Kim vowed to further strengthen his regime’s nuclear capabilities and warned any forces that seek to violate the “fundamental interests” of the North will be met with the country’s nuclear forces. (Yonhap)