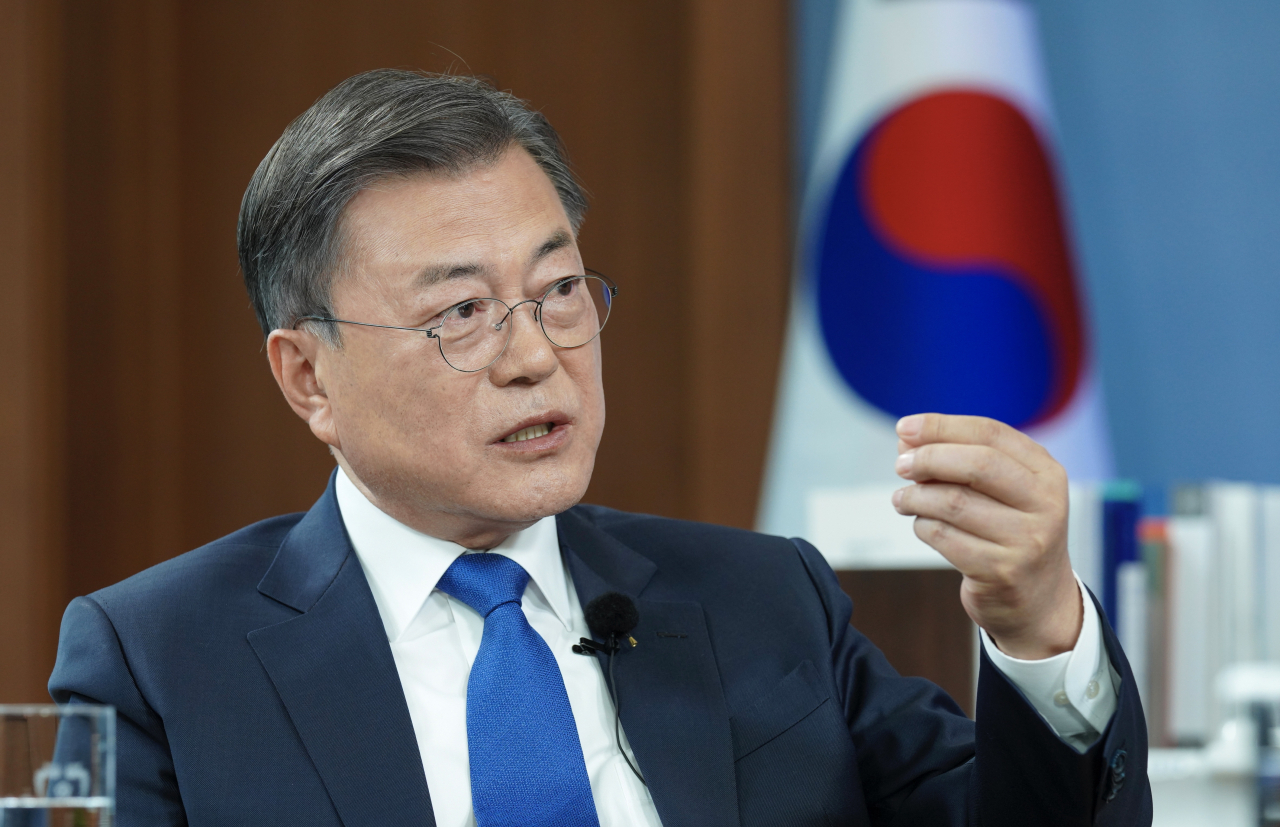 Outgoing President Moon Jae-in said Friday he will determine whether to pardon former President Lee Myung-bak after taking judicial justice and public consensus into consideration, noting there are not only cons but also pros to the proposed pardon.

The remark, made in response to online petitions opposing Lee’s pardon, could suggest a higher likelihood of a pardon because Moon talked about those in favor of it, though presidential aides said the remark was no more than an expression of principle.

Speculation has grown recently that Moon may grant a pardon to Lee on the occasion of Buddha’s Birthday on May 8, a day before his five-year term ends. Lee has been serving a 17-year prison term for embezzlement and bribery.

“There are many people who have the same opinion as petitioners. On the other hand, there are many opinions in favor of amnesty for national harmony and integration,” Moon said of petitions opposing a pardon. “I will make a judgment by carefully reviewing judicial justice and public consensus.”

In another answer to petitions opposing incoming President Yoon Suk-yeol’s push to relocate the presidential office, Moon said he is also opposed to the relocation due to its possible impact on national security amid heightened tensions with North Korea.

“I personally agree with the petition,” Moon said.

Yoon’s transition team is moving the presidential office from Cheong Wa Dae to the defense ministry compound in Seoul’s central district of Yongsan in an effort to move out of a “symbol of imperial power” and get closer to the people.

Moon said it is questionable whether the presidential office should be relocated because it forced the defense ministry to move its headquarters amid rising tensions on the Korean Peninsula.

Moon also questioned whether the defense ministry compound is the most appropriate place for the presidential office but said the outgoing government has no choice but to accept the incoming government’s relocation push.

“If the next government insists, the reality is that the outgoing government cannot intensify the confusion,” Moon said.

Yoon will start working from his new office in what is now the defense ministry building as soon as he is inaugurated on May 10, Yoon’s officials said. (Yonhap)