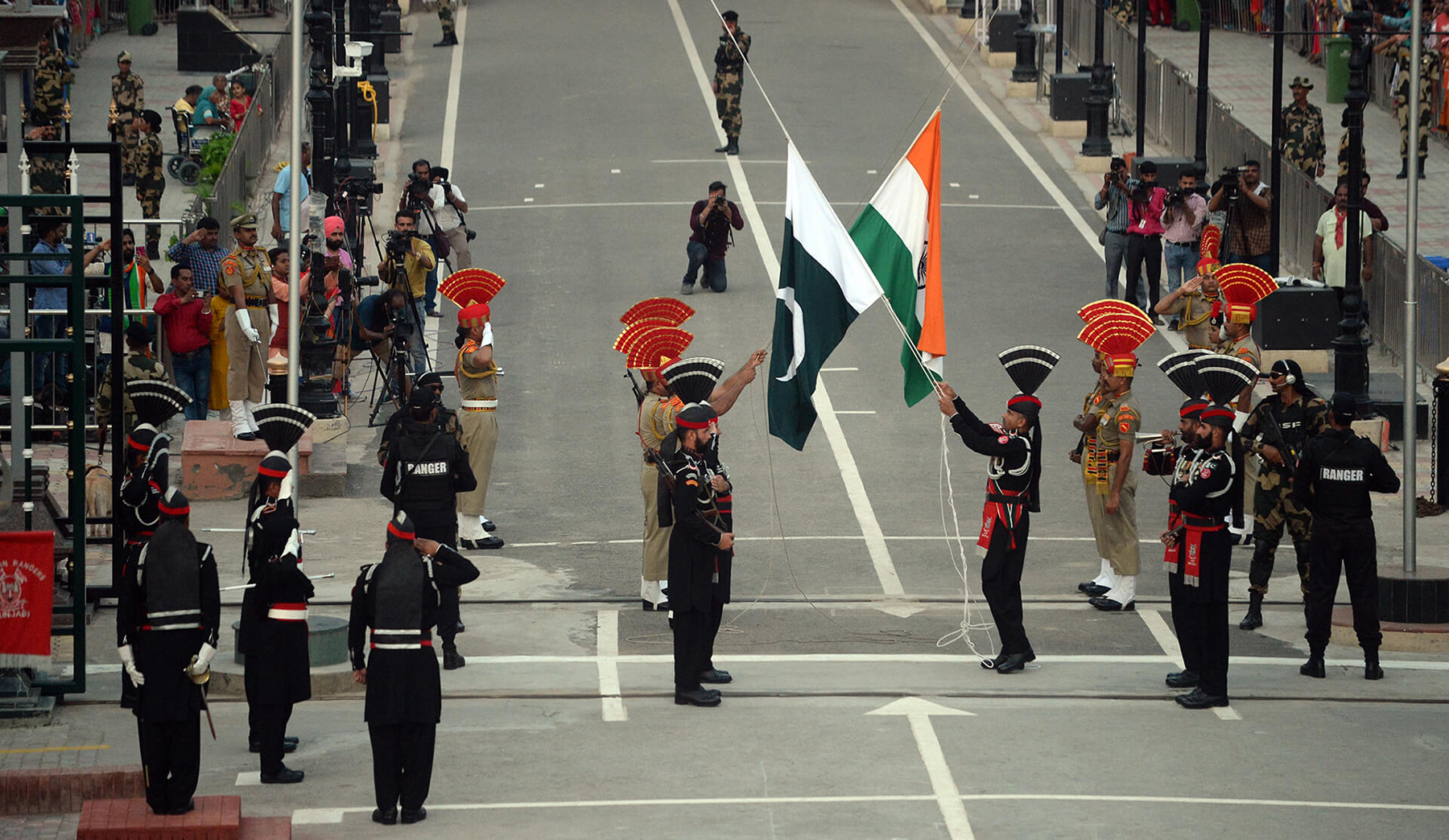 In the first article of this three-part series, I have made the case that the victory of the Taliban in Afghanistan would radicalize Pakistan and increase its global nuclear threat. In the second article, I have argued that the changed circumstances in Afghanistan heightened the threat to Kashmir. In this article, I make the final point that the Taliban threat is not confined to Kashmir alone but is an existential one for India as a whole.

Nostalgia for the Pashtun Indian Empire

Historically, Afghans had always swept down the Khyber Pass to loot or conquer India. India’s administrative and diplomatic elites often enjoy walks in the majestic Lodi Gardens of Delhi. Today, the name Lodi might not mean much but the Lodi Dynasty ruled much of India in the 15th  century. They were not just Afghans, they were Pashtuns. of the Ghilzai tribe. Among other things, the Lodis founded the city of Agra.

The First Battle of Panipat that every Indian reads about in history textbooks took place between the Pashtuns and the Mughals who had made their way to the Indo-Gangetic plains from modern day Uzbekistan. In 1526, Babur founded the Mughal Dynasty but the Pashtuns were not finished yet. When Babur died, the Pashtuns regrouped under the extraordinary Sher Shah Suri.

Suri introduced the rupee, revived the ancient city of Pataliputra as Patna, organized the postal system and built the Jernaili Sadak, now known as the Grand Trunk Road connecting Peshawar to Kolkata. This road boosted trade but it also allowed Pashtun troops to move more easily from one end of their empire to another. To safeguard this artery of their empire, Suri settled Pashtuns alongside this road in villages that exist to this day.

Once the Mughals had their day in the sun, the Pashtuns were back. In the Third Battle of Panipat, Ahmad Shah Abdali, better known as Ahmad Shah Durrani in his native land, galloped from Kandahar to snuff out a nascent Maratha Empire. Today, people forget that Abdali was invited by a noted Muslim scholar Shah Waliullah Dehlavi of Delhi “for the arduous task of restoring the political powers of the Muslims.” Earlier, two Kashmiri nobles had invited Abdali to invade. In 1753, he won a decisive victory in the hard-fought Battle of Shopian and Pashtuns ruled Kashmir until they lost to the Sikhs in 1819.

The Pashtuns might have lost power in 1819 but they never left Kashmir. Thousands of Pashtuns continued to immigrate to the region for trade and some never returned. Even after the 1947-48 invasion of Kashmir by Pakistani-backed Pashtun irregulars, there were over 100,000 Pashtuns in the valley. India magnanimously (some would say foolishly) granted them citizenship in 1954.

After the British crushed the great Indian rebellion of 1857, the descendants of the Mughals have declined dramatically. Their nostalgia for Central Asia might remain but they recognize that their ancestral homelands are dominated by the Russians and the Chinese. In contrast, many Pashtuns in India see themselves as part of a community that first brought down the Soviet Union and, more recently, has humbled the US. Some of them see Pashtuns as natural rulers not only of Afghanistan and Pakistan but also the whole of Hindustan. This makes the Taliban victory particularly dangerous for India.

Fifth Column Risks and Some Countermeasures

India is a fractious democracy where foreign powers can subvert civil society to cause problems. In some scenarios, they can prey on existing resentments to fan local insurgencies. Pakistan has done so in Kashmir for decades. It also backed the Sikh separatist insurgency in Punjab in the 1980s and 1990s. Islamabad has been cultivating fundamentalist Islamists within India as well. Many older friends of the author recall hearing the slogan, “lad ke liya tha Pakistan, hans ke lenge Hindustan,” which means we fought to take Pakistan but we will laugh and take over India.

Now, Islamabad has another ace up its sleeve. In keeping with what it has done in the past, Pakistan can send Taliban fighters across the border into Kashmir. It may already be doing so. On Friday, April 23, the two Pakistani terrorists killed by Indian security forces might have been Pashtun Taliban militants on a jihad against India. This is a wakeup call for India’s political leaders and its security establishment.

According to ADGP Jammu Mukesh Singh, 2 militants killed in Sunjuwan encounter on Friday were Pashto speaking. It’s after over 2 decades that some Pashto speaking ultras, possibly from Afghanistan or Khyber Pakhtunkhwa, have been found in J&K. I saw last one (Mast Gul) in 1994.

As part of facing this resurgent external threat, India has no option but to crack down on fundamentalist pro-Pakistan Islamists within the country. They are not only active in Kashmir but also in much of the rest of the country. Few note that recruits to the Islamic State have come from Kerala, India’s most literate state that was first worldwide to elect a communist government to power. Intelligence agencies and police forces have to keep on top of the spread of toxic ideology and sleeper cells in India. Otherwise, the proverbial fifth column could sabotage Indian war efforts in the event of conflict not only with Pakistan but also China.

The two provinces of British India that were partitioned were Bengal and Punjab. In both states, opposition parties are in power. Both states have separatist elements who are a security threat to India. Apart from external threats, India faces internal threats that the Indian government must act on. Perhaps the time has come for India to mandate compulsory military service for two years for its youth. This would increase a sense of unity and prepare the nation for threats to its sovereignty and integrity.

India is currently sending 50,000 tons of wheat to feed starving Afghans. It is also sending coronavirus vaccines and medicines to Afghanistan. For all the goodwill India commands in Afghanistan, New Delhi cannot project power in this landlocked country. Other than Pakistan, Afghanistan’s other neighbors are Tajikistan, Uzbekistan, Turkmenistan and Iran. Of these Tajikistan and Uzbekistan are most important because Tajiks and Uzbeks are the only two ethnicities who offer a real challenge to the Pashtun-dominated Taliban. In turn, Tajikistan and Uzbekistan still defer to their “Russian older brother.” Ultimately, to contain the Taliban, India has to develop a working relationship with Uzbeks and Tajiks, the historic rivals of the Pashtuns, and with Russia.

Tajikistan might be indebted to China but they get their grain, oil and remittances from Russia. With the Russian-Ukrainian conflict damaging the economies of Russia and Tajikistan, India has leverage with both countries. At such a time, Indian assistance to both countries and investment in Tajikistan could be tied to helping Afghan Tajiks, who are being targeted by the Taliban.

India must engage Uzbekistan too where it has similar leverage as with Tajikistan. However, the key player to contain the Sunni fundamentalist Taliban is the Shia nation of Iran. The Pashtuns have persecuted the Shia Hazara minority for well over a century. The Taliban is turning the screws on Hazaras who face a threat to their very survival. Iran has suffered immensely because of Donald Trump scuppering the Iran deal. Now, the US is on the verge of resurrecting that deal and India must act, and act fast.

India must import Iranian oil, build a port and railroad in Iran, and establish connectivity with the Hazaras in western Afghanistan. If India can back Uzbeks and Tajiks in the north, and the Hazaras in the west, the Taliban will be under pressure. It is likely to look to the east for expansion and, as Atul Singh, Manu Sharma and Vikram Sood argue, could lead the Taliban to create a new Pashtun state on the ruins of Afghanistan and Pakistan.

Both Afghanistan and Pakistan are fragile and artificial states. In 2022, they do not make sense anymore. India must work to break up these states into more natural constituents that are less toxic to the region and the world. Back in 2001, The New York Times was advocating the breakup of Afghanistan. Pakistan has broken up before. In 1971, India liberated Bangladesh. Today, the human development indices of Bangladesh are far superior to Pakistan. The long suffering Balochs and even the poor Pashtuns stranded in Pakistan deserve their own state.

India has a historic opportunity to shape the destiny of South and Central Asia. With its economic growth, military might and agricultural production, India has geopolitical heft. To begin with, India must wield it with countries like France, Australia and Japan to win recognition of Kashmir as a sovereign part of India’s territory. At some point, India has to make a play for Pakistan-occupied Gilgit and Baltistan.With Imran Khan now voted out of power, he and his party are likely to flirt more avidly with extreme radicals in Pakistan and with the Taliban. For them, a jihad against India is on the cards and nuclear war is an option. This leaves India with no choice but to focus on containing the Taliban for securing the security and unity of a large but vulnerable country.