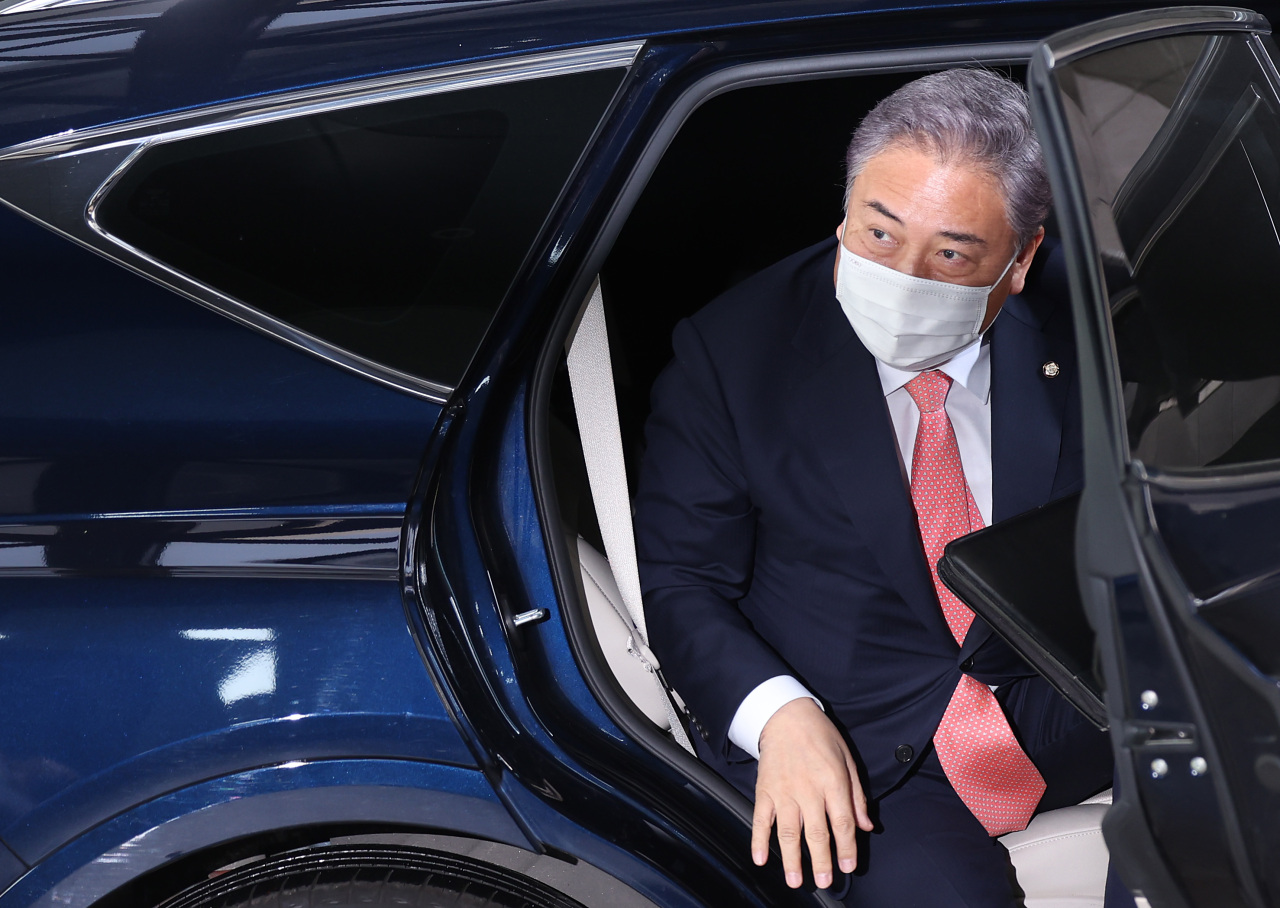 Park made the remarks in his written answers to lawmakers’ questions ahead of his confirmation hearing scheduled for Monday, as the incoming administration of President-elect Yoon Suk-yeol faces a series of foreign policy challenges, including an intensifying Sino-US rivalry.

“I will make efforts to better deal with pending issues between South Korea and China by realizing reciprocal visits by the two nations’ leaders and reinvigorating high-level strategic communication,” Park said.

He also recalled last month’s phone call between Yoon and Chinese President Xi Jinping, during which they agreed to develop bilateral relations based on the spirit of “mutual respect and cooperation.”

The outgoing Moon Jae-in administration had consistently pushed for Xi’s visit to Seoul. But the visit has yet to materialize due largely to the COVID-19 pandemic. Moon visited China in 2017 and 2019.

The nominee gave a negative answer to a question of whether he subscribes to the idea of redeploying US tactical nuclear weapons to South Korea or crafting a nuclear weapons sharing arrangement with the US.

“Even after the launch of the new government (in Seoul), the consistent stance on the denuclearization of the Korean Peninsula will remain unchanged,” Park wrote.

Instead, he vowed to reinforce the credibility of America’s extended deterrence to South Korea by reactivating the allies’ dialogue channel, called the Extended Deterrence Strategy and Consultation Group.

Extended deterrence refers to the US’ stated commitment to mobilizing the full range of its military capabilities, both nuclear and conventional, to defend its Asian ally against possible North Korean aggression.

The EDSCG was launched in 2016 to ramp up discussions between the allies over various extended deterrence measures, but it has not been held since 2018.

Park also underscored the growing importance of three-way cooperation between South Korea, the US and Japan to counter North Korea’s nuclear and missile threats, saying he will seek “practical and effective” ways to bolster their security ties.

To improve soured relations with Tokyo, Park vowed to promptly open consultations on wartime sexual slavery and forced labor issues to explore reasonable solutions that are compatible with the interests of both countries. (Yonhap)