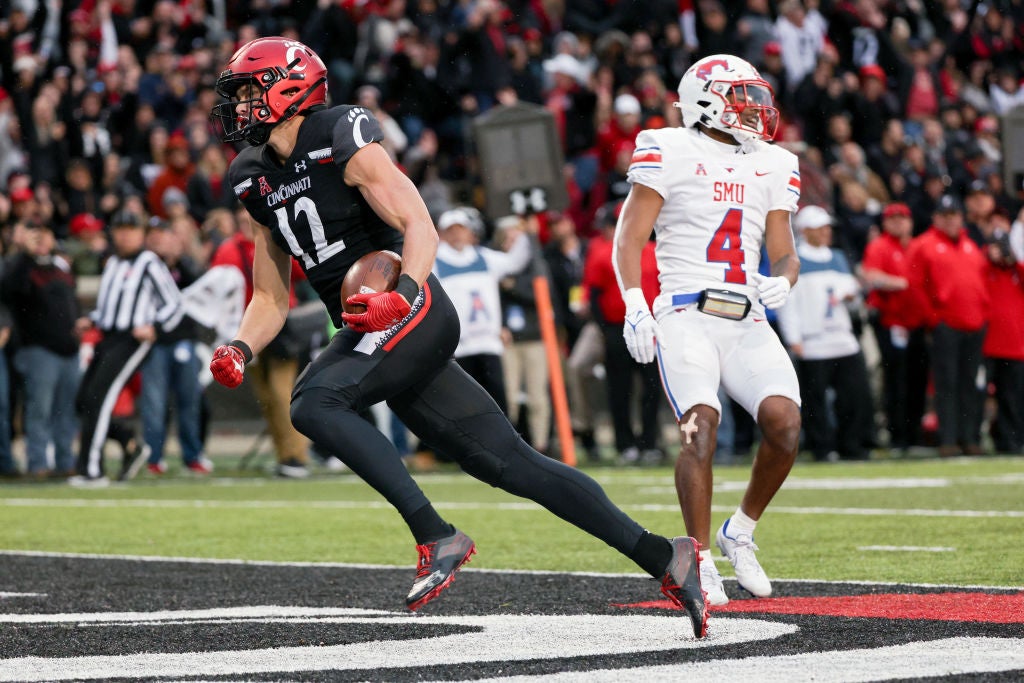 INDIANAPOLIS (WISH) — The Indianapolis Colts made four selections Friday in the second night of the 2022 NFL draft.

In the second round, the Colts were originally slated to take the 42nd pick. General manager Chris Ballard traded it, and the team’s 122nd pick, to the Minnesota Vikings. In exchange, Indianapolis received the 53rd, 77th, and 192nd overall picks. The Colts had already picked up the 73rd pick from the Washington Commanders.

With the 53rd pick, the Colts took wide receiver Alex Pierce from the University of Cincinnati. Pierce appeared in 45 games for the Bearcats, compiling 106 receptions for 1,851 yards and 13 touchdowns.

After being selected by the Colts, Pierce said, “I think I’m a guy you can put to the boundary and I can beat coverage one on one, with speed and size to be able to go up and get the ball. Be able to stretch the field vertically, and, hopefully, make them have to play with safeties over the top and make them have to open up the run game.”

The Colts later traded pick No. 179 and a 2023 third-round draft pick to the Denver Broncos in exchange for the 96th pick, which the team used on Maryland safety Nick Cross. Cross played 27 games in three seasons with the Terrapins, compiling 134 total tackles, four sacks, and five interceptions.