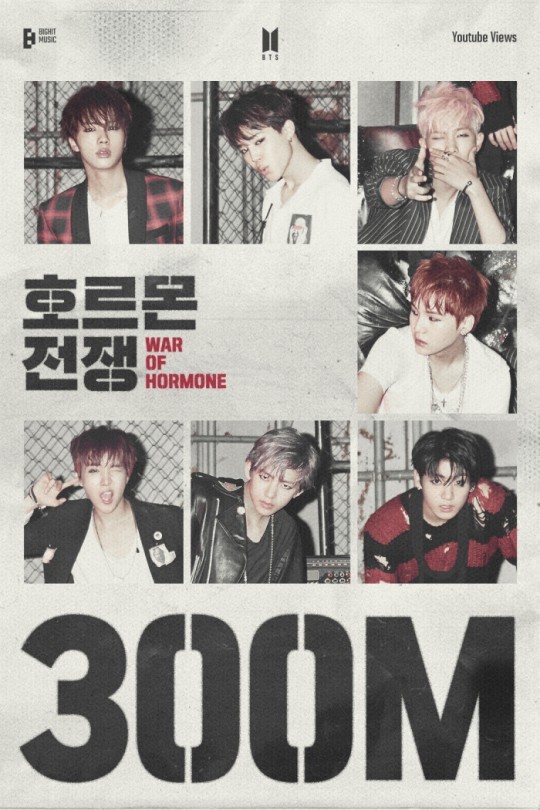 The song is a track from its first studio album “Dark & Wild” that came out in August 2014. The hip-hop tune combines strong sounds of guitar and drums, and the bandmates show off dazzling performance in the music video that uses a fake one-take method.

On Sunday, the video for “Butter (Hotter Remix)” topped 100 million views on the platform, bringing the septet’s record up to 37. BTS has the most videos that have achieved the feat and the clip for “Boy With Luv (feat. Halsey)” has the most views among them all, with over 1.5 billion as of last week.

Rocket Punch will put out its first single in Japan on June 29, said agency Woollim Entertainment on Friday.

The single “Fiore” will consist of two songs: the Japanese version of “Bouncy” and the title track that compares the feelings of a girl who has fallen in love to a blossoming flower.

The six-member girl group debuted in 2019 and in August last year charted No. 9 on Oricon’s daily album chart and No. 2 on iTunes Japan’s K-pop albums chart with its first Japanese EP “Bubble Up!”

The band released its fourth EP “Yellow Punch” in February and earlier this month hosted a two-day fan meet event in Seoul, greeting fans for the first time in almost 2 1/2 years.

T1419 will make a return with the Korean version of “Run Up” on May 9, the band announced Friday with a poster.

The teaser poster shows only the silhouettes of the nine members but includes that “Run Up” will be remade in Korean. The song was the main track from the boy band’s debut EP in Japan, “Our Teen: Blue Side,” that was released last month.

The band debuted in January last year with “Before Sunrise Part 1” and the online debut showcase drew about 300,000 viewers. Last month it gifted fans a digital single “Edelweiss,” a flower that stands for purity.

Zico has been discharged from his military service as of Friday, announced agency KOZ Entertainment.

The singer and producer started serving the mandatory duty in July 2020 as an alternative social worker after four weeks of basic training.

He debuted as a member of seven-member boy band Block B in 2011 and has been releasing a series of hit songs including the hit solo single “Any Song” in 2020. His first solo single was “Tough Cookie” released in 2014.

Psy congratulated him on completing the service during the media conference for his ninth full album. The two musicians co-wrote “Celeb” that features Suzy in the music video.