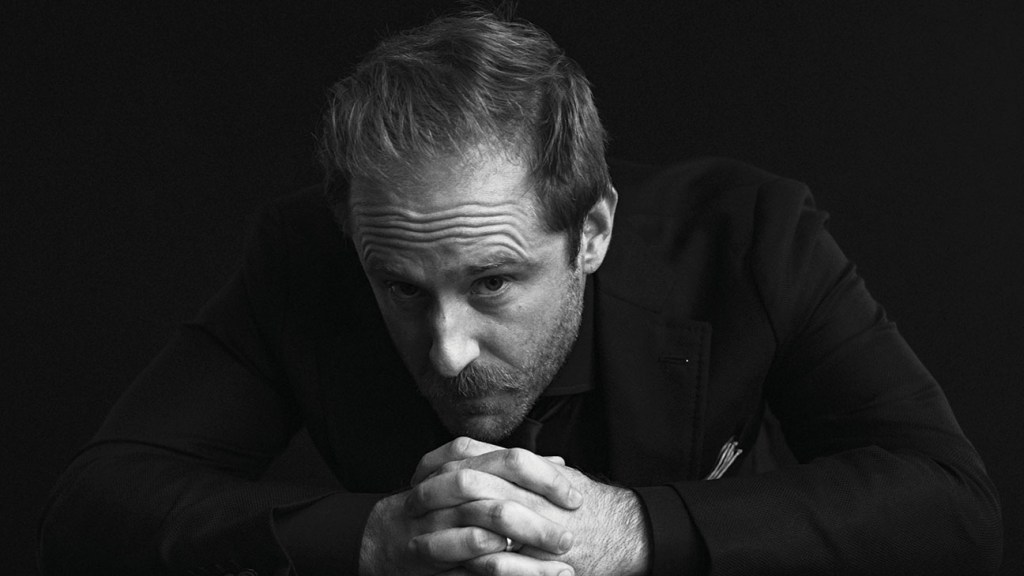 One thing to know about Ben Foster is that he craves intense roles, such as the ones in films like Alpha Dog, 3:10 to Yuma and Hell or High Water (for which he won an Independent Spirit Award for supporting actor). Another is that the actor, 41, was a terrible student while growing up in Iowa but was drawn to acting, so he made a demo tape at age 14. He immediately landed a role in the Disney Channel series Flash Forward and hasn’t stopped working since. (He and Kirsten Dunst were nominated for a 2001 Teen Choice Award for the American teen comedy Get Over It, loosely based on A Midsummer Night’s Dream.)

His newest film is director Barry Levinson’s The Survivor, a harrowing real-life story of Harry Haft, who survived Auschwitz by becoming a boxer and beating his fellow Jews to death at the behest of SS officers and went on to have a brief career as a boxer in America. “Ben Foster goes through more than one striking transformation here, changing body and soul while neither shying away from nor overdramatizing the uglier aspects of the man’s life,” John DeFore writes in THR’s review of the film, which spans three decades and premieres April 27 on HBO Max.

What was the significance of playing Harry Haft for you?

Roles like this don’t come along very often. The human experience is messy. Working with the Shoah Foundation, I listened to hundreds of hours of testimonies and was lent the opportunity to sit and saturate in the voices of the survivors.

You had to lose a great deal of weight for the part.

I didn’t have to, but I felt that it would have been an injustice to let them digitally shrink me down. You’ve seen the pictures of people in the camps. My target was so I could see the bones in my chest.

How much did that take?

Ultimately, I lost 62 pounds. It took five months. And then we had to take five weeks off [from shooting] so that I could get back to light heavyweight for the ring, which meant putting on 50 pounds. It was pasta time. And that was great.

Did you enjoy learning how to box?

My grandfather was a boxer, and my father boxes to this day. So the sweet science is something that’s part of our family. And I enjoyed watching boxing.

You are Jewish. Were any of your immediate family members in the camps?

No. My nana had escaped Romania when she was 8. My grandfather’s parents emigrated from Ukraine, and he was born in the United States.

What was it like going from starring as Harry Haft to a slave owner in Emancipation?

It was so shocking arriving on the Emancipation set and seeing the similarities between Nazi Germany and the enslavement of human beings in our own country. And I think what [director] Antoine [Fuqua] and Mr. Smith have done is something that will shake people to their core. Emancipation is a film that needs to be seen. Most films aren’t needed. They’re entertainment.

Have you talked to Will Smith since he slapped Chris Rock?

We are in communication, and I’ll just say that I’m staying out of that business.

I’ve been prepping in New Bedford, Massachusetts, for a beautiful script by Brian Helgeland called Finestkind that’s about multigenerational scallopers. Brian himself was a fisherman, and his father was a fisherman. It’s with Tommy Lee Jones and Toby Wallace. In fact, I just got back from an extraordinary trip where I embedded with a deep-sea fisherman on a six-day scalloping trip on a commercial fishing boat. We had 15- to 20-foot swells on the boat on our trip. It’s quite a world.

Why do you prefer living in New York versus L.A., where you spent many years?

I’m a walker. People in L.A. looked at me funny, and cops would slow down as if to say, “What’s this person doing? Why were they walking on this sidewalk?” I got tired of being looked at that way. I have love for Los Angeles, but I really don’t want to spend too much time thinking about the industry aspect of it. It’s nice to walk into a cafe and not see everybody on Final Draft. I have Final Draft on my computer, too, but I like to think about other things sometimes.

A version of this story first appeared in the April 27 issue of The Hollywood Reporter magazine. Click here to subscribe.