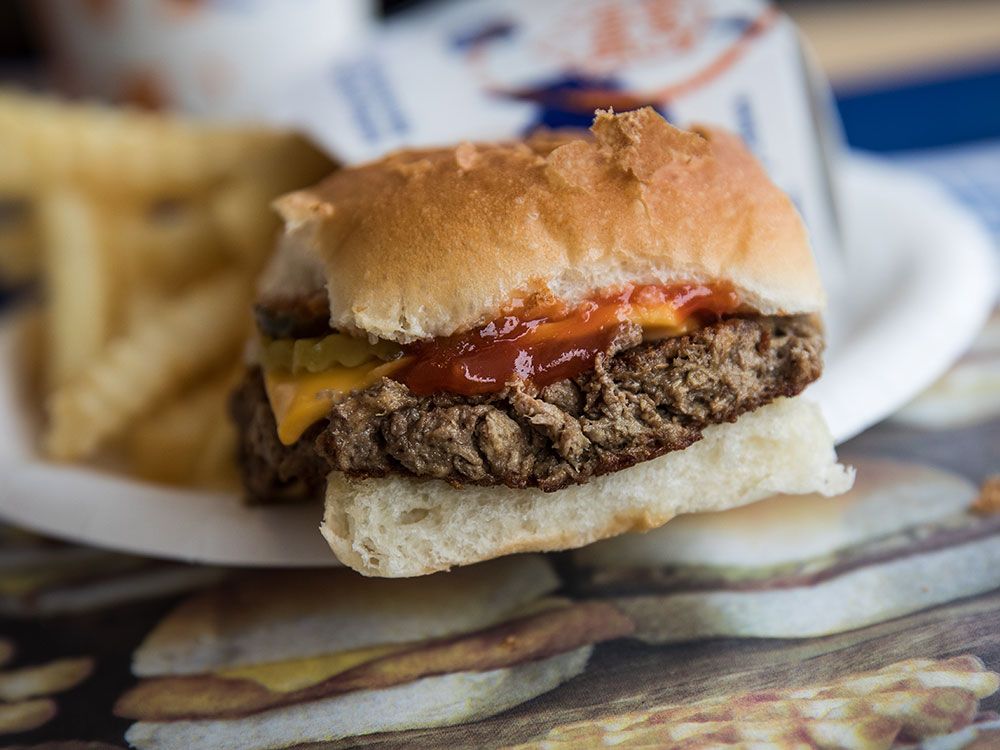 Fake meat has come a long way since July 2018, when A&W became the first national burger chain to add the Beyond Meat burger to its menu.

“We’ve been at this for a while,” says Sylvain Charlebois, senior director of the Agri-Food Analytics Lab (AAL) at Dalhousie University. “The Beyond Burger was really the first disrupting campaign, which really upset the livestock industry.”

Whatever the animal product — bacon, burgers, chicken nuggets, fish or sausages — there’s a meatless equivalent. The technology has advanced to the point where you may not even be able to tell them apart, at the grill, stove or table.

Where you are likely to notice the difference, though, is on the price tag.

Even accounting for rising meat prices, plant-based substitutes are on average 38 per cent more expensive than their animal counterparts, according to a new AAL report.

“After a few years, we thought that perhaps meat analogues would be priced competitively, especially in light of how (much) more expensive some meat products are now,” says Charlebois. “But that’s not the case at all. Which means that the bridge between analogues and other non-meat diets is still quite significant.”

Food prices increased by 8.7 per cent in March, the largest year-over-year uptick since 2009. Charlebois predicts food inflation may rise even more, potentially reaching nine or 10 per cent.

Over the past year, prices for beef, chicken, pork and other meat products have “increased dramatically”: 500 grams of bacon costs 17 per cent more, for example, one kilogram of pork chops nine per cent and a one-kilogram blade roast 26 per cent.

An openness to alternatives is also on the rise. According to AAL data, 3.248 million Canadians identify as flexitarians (eating mostly plants, and occasionally meat and fish) — up 11.6 per cent since early 2021.

Diets are dynamic, says Janet Music, AAL research program coordinator. So, it makes sense that a regimen named after its flexibility would resonate with people.

“How you eat changes from season to season, maybe even from week to week,” she adds. “But I think these numbers show that if the vegetable analogue industry is really interested in changing people’s diets and changing people’s minds, they’re going to have to be more price-conscious to get more people to onboard.”

In its comparison of meat and plant-based substitutes, the AAL partnered with BetterCart Analytics, a Saskatoon-based software company that uses machine learning and artificial intelligence to capture real-time grocery pricing data, along with historical records.

They collected more than one million prices (by weight) for 55 products sold at Loblaws, Sobeys, Metro, Walmart and Save-on-Foods stores in 10 provinces from Jan. 1 to March 31.

For all categories but one, plant-based analogues were more expensive.

Chicken nuggets showed the greatest difference in price between the plant and animal versions. Meals and entrees the second, and burger patties the third.

Turkey, likely due to its seasonality (the survey took place after Thanksgiving and Christmas), is the only category where the plant-based version was less expensive.

“When BetterCart Analytics looked into this, I honestly thought this is it. This is the year. This is the time for plant-based products to shine and offer something affordable to Canadians,” says Charlebois. “But absolutely not.”

Food affordability “is the big elephant in the room,” says Melanie Morrison, president and CEO of BetterCart Analytics. “For many consumers, especially right now, these products may be out of bounds. They may not be affordable enough for consumers to pick them up and give them a try.”

Prices are high in general, Morrison adds. But for meat substitute brands — especially newcomers — cost could hurt their ability to build a customer base. “When people look at products, if they’re too expensive and they’re not familiar with them, then those could be deterrents.”

Price influences people’s food choices, Music underscores. Rising prices and flexitarianism may have a positive correlation; as food costs increase, so might people’s inclinations to eat more plant-based products — if it were cheaper to do so.

As the results of the study suggest, costlier meat substitutes could be price prohibitive.

“As unfortunate as it is right now, food affordability and pricing is just so critical for most consumers,” says Morrison. “And to get around it, I think it takes a special consumer. One that can actually say, ‘Okay, well, I’m going to make this decision here in the moment, but then I’m going to have to shift how I shop for the rest of my cart, potentially.’”

Meat analogues offer convenience — at a cost. But recent studies have shown that plant-heavy diets can be lighter on the wallet, and that eating more plants benefits the environment.

A new study in the Annual Review of Resource Economics by the University of Bonn suggests that, to meet climate goals, meat consumption must drop by at least 75 per cent — especially in industrialized countries.

The prevailing message, including from Canada’s Food Guide, is to choose plant sources of protein more often. The market, however, is saying something different, says Music.

While the report compared meat products to their plant-based equivalents (i.e., products, not diets), vegetable protein options including tofu and legumes such as chickpeas and lentils present more affordable options.

“There are lots of ways to eat a vegetarian diet,” says Music. “And (meat analogues) is just one of those ways. But certainly, it’s a more expensive alternative to maybe just eating vegetables you grew in the garden or whole foods.”

Meat analogues have served the foodservice industry well — especially fast-food restaurants — says Charlebois. Though retail, as the report suggests, is “a work in progress.”

In November 2021, Maple Leaf Foods announced it was reviewing its plant-based strategy after “cooling demand.” Charlebois suspects sales of analogues “are somewhat disappointing” in general.

Replicating the experience of eating meat is challenging and expensive to manufacture.

The report, which is the first of its kind to be released to the public, may act as an invitation for meat analogue manufacturers to investigate competitive pricing, he adds.

“Thirty-eight per cent is quite substantial in light of what has happened to meat prices in recent years. And so, I do question the commitment towards the category, from the food retailer, specifically,” says Charlebois.

“If people are challenged by what’s going on at the meat counter, one would think that meat analogue manufacturers would see this as an opportunity to offer consumers an affordable, convenient solution. But that is absolutely not the case right now.”